Today’s a good day to consider whether traditional journalism is inherently conservative and often a barrier to the creation of a better country. 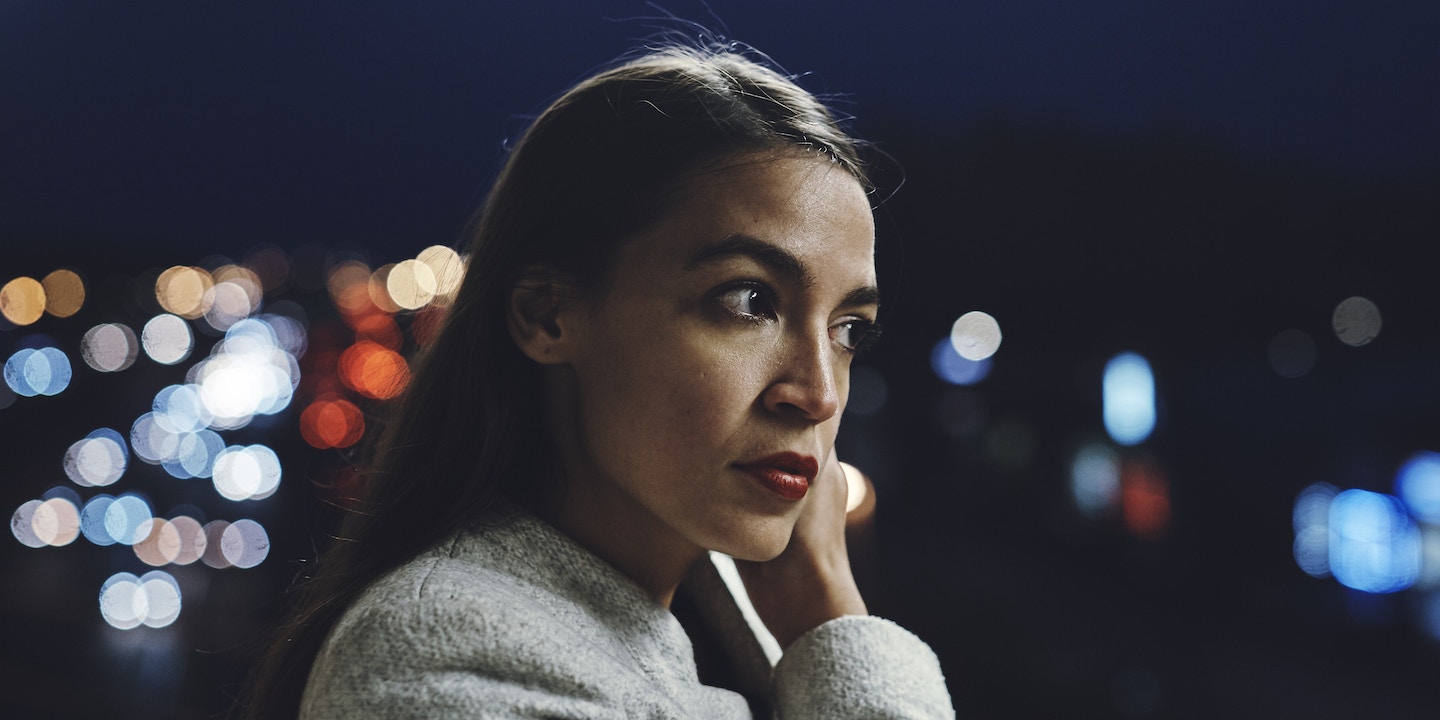 Today, the Fourth of July, is a good time to think about the First Amendment — and the possibility that journalism, at least as it’s traditionally produced by liberals and progressives, is often a barrier to the creation of a better country. There’s a better way to do it, and we can thank Alexandria Ocasio-Cortez for pointing it out.

The left-of-center worldview is: People are mostly good and can be trusted to govern themselves, and what they do that’s bad is largely due to poorly designed institutions and malevolent individuals who take advantage of them. This has the benefit of being true and encouraging – yes, we can.

Now imagine you came to visit Earth from your home planet of Gliese 832c to finish your master’s thesis on “Journalism Produced by the Lefties.” Your space-brain would instantaneously ingest a year’s worth of the best American investigative reporting, which is to say, 1,000 lovingly detailed, beautifully designed dissections of human depravity. And you’d conclude that the conservative worldview — i.e., people are mostly awful — was the right one.

The hearts of self-consciously progressive writers everywhere will cry out against this. (I know mine does.) The whole reason we’re doing this is for the chance to righteously expose awful people doing terrible things, while also getting reimbursed for our copy of Microsoft Office.

But any honest look at the U.S. today suggests that there are limits to this as a life mission. Reporters have ripped the lid off Donald Trump so many times that it’s incredible America has any lids left. Never before has there been as much information available about corruption and idiocy and corrupt idiots at the highest levels of U.S. society. But nothing much seems to change.

So it may be time to consider whether this type of journalism is, at least when pursued by progressives to the exclusion of other approaches, an elaborate form of self-sabotage.

Consider what’s necessary for progressives to succeed. It’s great for the conservative worldview if all Americans ever hear is that people in general are dreadful and politicians in particular are tricksy vampires. But for the progressive worldview to have a fighting chance, we need to broadcast the exact opposite: that public life is full of individuals who are trustworthy and honorable, and even many of the vampires would be redeemable in a world with better incentives. Politics isn’t necessarily an open sewer. The idea of a common good seems like an illusory sham until the moment enough of us believe in it simultaneously.

I suspect this is why Alexandria Ocasio-Cortez has captured so many people’s imaginations. It’s not simply her personal story, energy, or preternatural Twitter skills. It’s that she and hundreds of other Americans with no special money or connections got together and decided that the progressive worldview remains alive, that maybe we were right after all. William Greider, national affairs correspondent at The Nation, wrote about the significance of this kind of assertion in his book, “Who Will Tell the People”: “My encounters as a reporter with ordinary citizens have led to optimism about the potential for democratic renewal. … Unexpected music can resonate from politics when people are pursuing questions larger than self. I have seen that ennobling effect in people many, many times — expressed by those who found themselves engaged in genuine acts of democratic expression, who claimed their right to help the larger destiny of their community, their nation. Power can accumulate in mysterious ways, if citizens believe they possess this right.”

So possibly, there’s a lesson here for journalism. Readers were thrilled to learn from progressive outlets, including The Intercept, about Ocasio-Cortez’s campaign. Yes, the president of the United States is a dumber, oranger version of Richard Nixon, and most members of Congress are Uriah Heep with extra unctuousness. But there are thousands of elected offices across America, with dozens if not hundreds of candidates that deserve the same recognition Ocasio-Cortez is now receiving. There is Theranos, but there is also AeroFarms, a company that grows greens in a vertical farm in a former steel warehouse in Newark, New Jersey. There are rapacious corporations whose DNA requires them to destroy the biosphere, but there also attempts across the country to invent new forms of organized commerce with different incentives. There are hideous ideas gaining ground, but also little-known wonderful ones. If we can avoid destroying ourselves, there are rational reasons to believe our future is bright.

This doesn’t mean we need mindless optimism or to abandon exposés. But progressives are not serious if we don’t understand that, while despair works for conservatives, we need some hope about human potential.

You don’t have to take it from me, though — take it from Thomas Jefferson, who wrote the Declaration of Independence promulgated 242 years ago today. Decades later, at the end of his life, he wrote a letter to Henry Lee IV delineating the two types of political worldviews:

Men by their constitutions are naturally divided into two parties. 1. those who fear and distrust the people, and wish to draw all powers from them into the hands of the higher classes. 2dly those who identify themselves with the people, have confidence in them cherish and consider them as the most honest & safe, altho’ not the most wise depository of the public interests. in every country these two parties exist, and in every one where they are free to think, speak, and write, they will declare themselves. call them therefore liberals and serviles, Jacobins and Ultras, whigs and tories, republicans and federalists, aristocrats and democrats or by whatever name you please; they are the same parties still and pursue the same object. the last appellation of artistocrats and democrats is the true one expressing the essence of all.

Why was Jefferson saying all this? To explain why he was willing to subscribe to Lee’s new newspaper, which would support the “democrats” worldview.

(However, like any sensible person, Jefferson did emphasize – “I have sometimes subscribed for the 1st year [of newspapers] on the condition of being discontinued at the end of it, without further warning” – that he didn’t want his subscription to auto-renew.)