A fake interview with Alexandria Ocasio-Cortez — in which she appeared to be stumped by questions she was not actually asked — was comedy, its creators said. 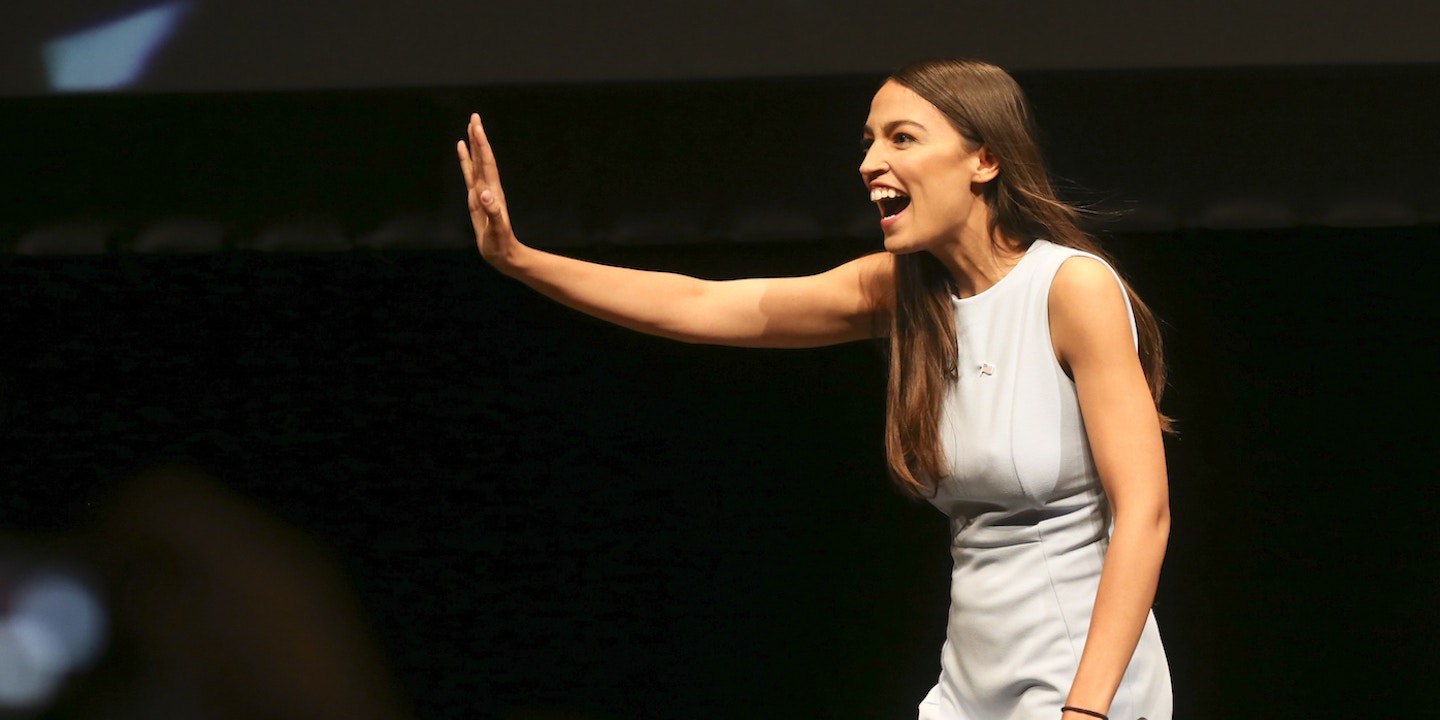 Conservative Review TV, a digital network that streams conservative punditry guaranteed to be “100% free of anti-American propaganda,” spent part of Tuesday arguing that a fake interview it created with Alexandria Ocasio-Cortez — in which the congressional candidate appeared to be stumped by questions she was not, in fact, asked — was a satire, rather than a hoax.

The CRTV network, which has verified accounts on Facebook and Twitter, had initially given viewers no way of knowing that they were not watching an embarrassing interview with the Democratic Socialist running to represent New York’s 14th Congressional District. In fact, the fictional interview with one of the network’s hosts, Allie Stuckey, was created by splicing in answers Ocasio-Cortez had given to different questions during a recent appearance on the PBS show “Firing Line.”

.@conservmillen grills congressional hopeful and progressive “it girl” @Ocasio2018 on her socialist agenda and knowledge of government... or lack thereof.

After Shane Goldmacher, a New York Times reporter, pointed out that the interview had racked up more than a million views on Facebook with no disclaimer, the network added one, calling it “Hilarious satire!”

Ocasio-Cortez, the 28-year-old former bartender who ousted 10-time incumbent Rep. Joe Crowley in the Democratic primary last month, suggested that the video looked more like a dirty trick than a joke.

Republicans are so scared of me that they’re faking videos and presenting them as real on Facebook because they can’t deal with reality anymore.

Stuckey, who cut her teeth at Glenn Beck’s network, The Blaze, responded to complaints that the hoax was misleading by claiming that it was always intended to be satirical.

Lol. ????? It was never presented as real. The *entire point* was for it to look edited. We don’t have to say “SATIRE” just so people who don’t notice that we clearly spliced her PBS interview to make a comedic point can feel okay. https://t.co/K8jbiCnrth

While satire, from Jonathan Swift to Stephen Colbert, is always aimed at an audience that is in on the joke — and Stuckey insisted that her fans were so familiar with Ocasio-Cortez’s somewhat halting appearance on PBS that the gag would be obvious — there was ample evidence on social networks that many viewers less engrossed in political news had assumed the video was fact, not fiction.

The producers of the video made it easier for viewers to mistake it for a genuine news clip by digitally altering the original footage to replace the PBS “Firing Line” logo behind Ocasio-Cortez with the logo for Stuckey’s show, “Allie.” The network, and its supporters, argued that Stuckey’s video was no more misleading than a recent Stephen Colbert sketch in which the comedian used Fox News footage of an interview with Donald Trump to make the president look silly. In that case, however, Colbert and his producers were careful to ensure that no one watching their remix would be in any doubt about the digital manipulation, calling it, in an on-screen graphic, an “Exclusive Fake Interview With President Trump.”

The viral reach of the CRTV video, which reached over a million viewers before a disclaimer was added, caused some observers to wonder if social networks can stop political operatives from using their platforms to distribute fake news stories about candidates they oppose simply by branding them comedy.

Ugh, this is terrible. This fake @Ocasio2018 interview has over a million views on FB. Here's the real interview: https://t.co/nctnKUywjA https://t.co/GnsyH8w7yW

Updated: Wednesday, July 25, 8:15 a.m. EDT This report was updated to add an explanation of how Stephen Colbert’s recent mock interview with Donald Trump was clearly labelled as “fake,” unlike CRTV’s video of Alexandria Ocasio-Cortez.