Special Operations forces in Africa are supposed to be training and advising, but they keep ending up in situations that are indistinguishable from combat. 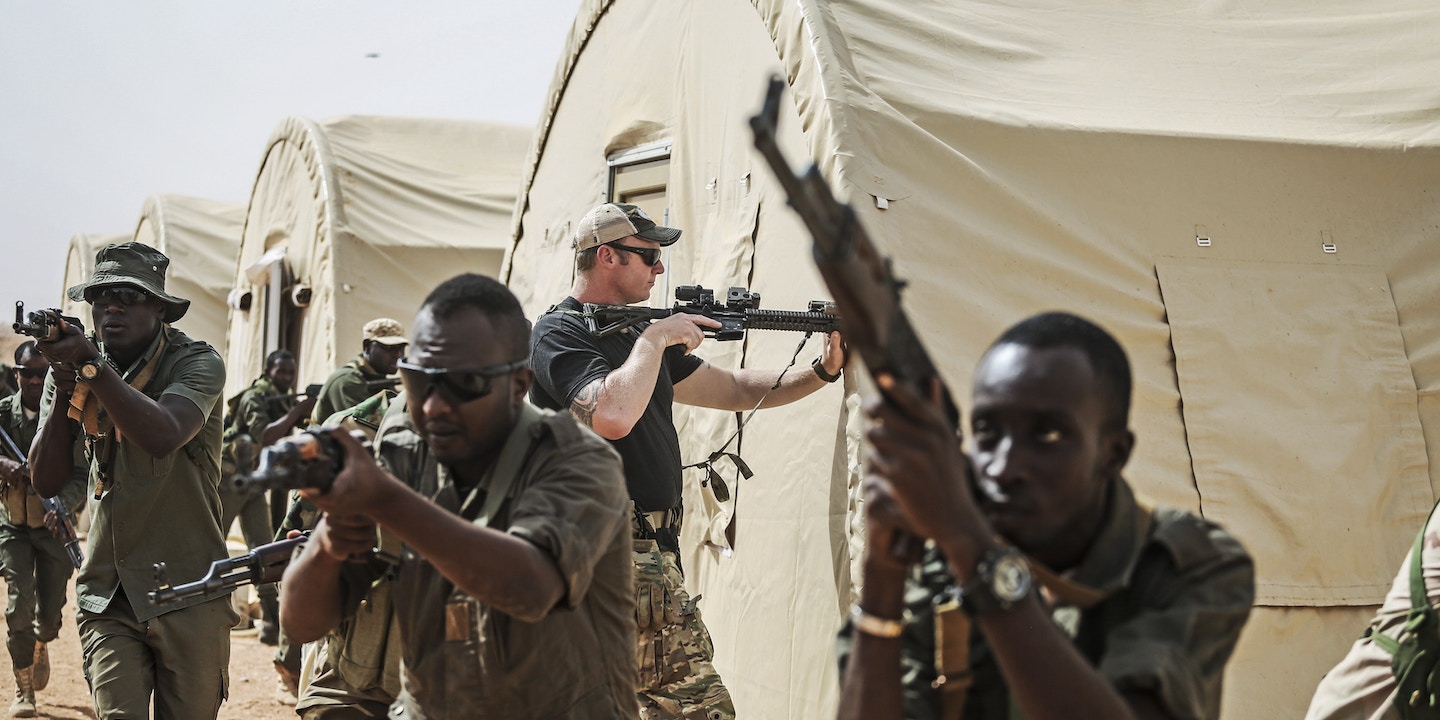 Last October, four U.S. soldiers – including two commandos – were killed in an ambush in Niger. Since then, talk of U.S. special operations in Africa has centered on missions being curtailed and troop levels cut.

Press accounts have suggested that the number of special operators on the front lines has been reduced, with the head of U.S. Special Operations forces in Africa directing his troops to take fewer risks. At the same time, a “sweeping Pentagon review” of special ops missions on the continent may result in drastic cuts in the number of commandos operating there. U.S. Africa Command has apparently been asked to consider the impact on counterterrorism operations of cutting the number of Green Berets, Navy SEALs, and other commandos by 25 percent over 18 months and 50 percent over three years.

Analysts have already stepped forward to question or criticize the proposed cuts. “Anybody that knows me knows that I would disagree with any downsizing in Africa,” Donald Bolduc, a former chief of U.S. commandos on the continent, told Voice of America.

While the review was reportedly ordered this spring and troop reductions may be coming, there is no evidence yet of massive cuts, gradual reductions, or any downsizing whatsoever. In fact, the number of commandos operating on the continent has barely budged since 2017. Nearly 10 months after the debacle in Niger, the tally of special operators in Africa remains essentially unchanged.

According to figures provided to The Intercept by U.S. Special Operations Command, 16.5 percent of commandos overseas are deployed in Africa. This is about the same percentage of special operators sent to the continent in 2017 and represents a major increase over deployments during the first decade of the post-9/11 war on terror. In 2006, for example, just 1 percent of all U.S. commandos deployed overseas were in Africa – fewer than in the Middle East, the Pacific, Europe, or Latin America. By 2010, the number had risen only slightly, to 3 percent.

Today, more U.S. commandos are deployed to Africa than to any other region of the world except the Middle East. Back in 2006, there were only 70 special operators deployed across Africa. Just four years ago, there were still just 700 elite troops on the continent. Given that an average of 8,300 commandos are deployed overseas in any given week, according to SOCOM spokesperson Ken McGraw, we can surmise that roughly 1,370 Green Berets, Navy SEALs, or other elite forces are currently operating in Africa.

The Pentagon won’t say how many commandos are still deployed in Niger, but the total number of troops operating there is roughly the same as in October 2017 when two Green Berets and two fellow soldiers were killed by Islamic State militants. There are 800 Defense Department personnel currently deployed to the West African nation, according to Maj. Sheryll Klinkel, a Pentagon spokesperson. “I can’t give a breakdown of SOF there, but it’s a fraction of the overall force,” she told The Intercept. There are now also 500 American military personnel – including Special Operations forces — in Somalia.  At the beginning of last year, AFRICOM told Stars and Stripes, there were only 100.

“None of these special operations forces are intended to be engaged in direct combat operations,” said Assistant Secretary of Defense for International Security Affairs Robert S. Karem, while speaking about current troop levels in Niger during a May Pentagon press briefing on the investigation into the deadly October ambush. Despite this official policy, despite the deaths in Niger, and despite the supposed curbs on special operations in Africa, U.S. commandos there keep finding themselves in situations that are indistinguishable from combat.

In December, for example, Green Berets fighting alongside local forces in Niger reportedly killed 11 ISIS militants in a firefight. And last month in Somalia, a member of the Special Operations forces, Staff Sgt. Alexander Conrad, was killed and four other Americans were wounded in an attack by members of the Islamist militant group Shabaab. Conrad’s was the second death of a U.S. special operator in Somalia in 13 months. Last May, a Navy SEAL, Senior Chief Petty Officer Kyle Milliken, was killed, and two other American troops were wounded while carrying out a mission there with local forces.

Between 2015 and 2017, there were also at least 10 previously unreported attacks on American troops in West Africa, the New York Times revealed in March. Meanwhile, Politico recently reported that, for at least five years, Green Berets, Navy SEALs, and other commandos — operating under a little-understood budgetary authority known as Section 127e that funds classified programs — have been involved in reconnaissance and “direct action” combat raids with local forces in Cameroon, Kenya, Libya, Mali, Mauritania, Niger, Somalia, and Tunisia. Indeed, in a 2015 briefing obtained by The Intercept, Bolduc, then the special ops chief in Africa, noted that America’s commandos were not only conducting “surrogate” and “combined” “counter violent extremist operations,” but also “unilateral” missions.

While media reports have focused on the possibility of imminent reductions, the number of commandos deployed in Africa is nonetheless up 96 percent since 2014 and remains fundamentally unchanged since the deadly 2017 ambush in Niger. And as the June death of Conrad in Somalia indicates, commandos are still operating in hazardous areas. Indeed, at the May Pentagon briefing, Gen. Thomas Waldhauser, the chief of U.S. Africa Command, drew attention to special operators’ “high-risk missions” under “extreme conditions” in Africa.  America’s commandos, he said, “are doing a fantastic job across the continent.”

Top photo: An American Special Forces soldier trains Nigerien troops during an exercise on the Air Base 201 compound, in Agadez, Niger, on April 14, 2018.