Ron Dellums’s Life Holds Lessons for Every Progressive in America

Ron Dellums’s example shows that unabashed progressives can seize elected power in America, and it’s well worth doing so. Ron Dellums, one of the most significant and radical members of Congress in U.S. history, died on Monday at age 82. Liberals, progressives, social democrats, or democratic socialists interested in fostering the left-wing political movement that emerged following Vermont Sen. Bernie Sanders’s 2016 primary loss should study how Dellums managed to get and hold the power of elected office for decades, and use it to make America better in numberless ways — most famously by overturning U.S. support for apartheid South Africa.

Dellums was first elected to Congress in 1970 as a 35-year-old Democrat from a California district that included Berkeley and Oakland.

He didn’t do this by challenging a Republican. Nor did he wait patiently for an open seat. Instead, he ran against a six-term Democrat named Jeffery Cohelan in that year’s primary.

Cohelan was a standard Cold War liberal. He was strong on labor and the environment. But on foreign policy, he’d faithfully supported President Lyndon Johnson’s massive escalation of the Vietnam War. When hundreds of constituents mailed him postcards opposing the war, he denounced them. When several peace activists held a sit-in at his office in 1966, they were, to their surprise, arrested.

The district was one of the most progressive in the U.S., and a hub for anti-Vietnam War resistance. So local activists decided they could do better and recruited Dellums, then a member of the Berkeley City Council, to run against Cohelan.

In a memoir written 30 years later, Dellums described seeing his political career as always more about commitment to a movement than himself. And in order to make his case honestly, he told supporters it was critical that he not “take any funny money; the campaign will have to raise all its financial support from the people.” He relied on the apparatus and experience built up over two previous attempts to challenge Cohelan, one in 1966 and another in 1968, and made sure to “carefully document and study the campaign” so that if he lost, candidates with the same values could avoid his mistakes and win in the future.

The goal of his campaign, Dellums explained, was to appeal “to people across the divides of race, class, gender, sexual orientation, and disability status … to speak to people on the basis of their own mutual self-interest. … Equality and justice were themes of relevance to women, to trade unionists, to those with disabilities, and to seniors, just as they were to blacks, Latinos, Asian Americans, and Native Americans.”

As it turns out, it worked: Dellums knocked off Cohelan with room to spare, getting 42,619 votes to Cohelan’s 35,137. A New York Times article, headlined “When Radicals Are Elected to the Hated System,” reported that Dellums “brought out thousands of new student voters.”

Dellums’s primary victory immediately led to a gigantic Republican freakout. Spiro Agnew, then vice president, assailed Dellums as a “radical extremist.” Dellums’s GOP opponent in the general election called him the candidate of “the crazies” and said that he was part of “the lunatic left wing.”

But Dellums didn’t tack to the center by even a millimeter — on Vietnam or anything else. He continued to identify as a socialist, just as he had throughout the primary. And on Election Day that fall, he became both the first avowed socialist to win a seat in Congress since World War II, and the first black candidate in American history ever elected from a majority-white district.

After winning, Dellums faced some of his strongest opposition from other Democrats. When he first walked onto the House floor to attend a meeting of the Democratic Caucus, he said he overheard one of his colleagues ask about him: “Where is that radical son of bitch?” But he was undeterred.

Dellums immediately held unofficial hearings about Vietnam — unofficial because his fellow Democrats would not permit official ones. He started pushing for the U.S. to sanction apartheid South Africa that same year, and after 15 years, finally won in 1986 when Congress passed the Comprehensive Anti-Apartheid Act over President Ronald Reagan’s veto. He co-founded both the Congressional Black Caucus and the Congressional Progressive Caucus. He helped popularize the tradition, born in these caucuses, of creating alternative federal budgets — visions for where the U.S. should be trying to go. He worked with then-Rep. John Kasich to kill the preposterously wasteful B-2 bomber, and rose to become chair of the House Armed Services Committee. 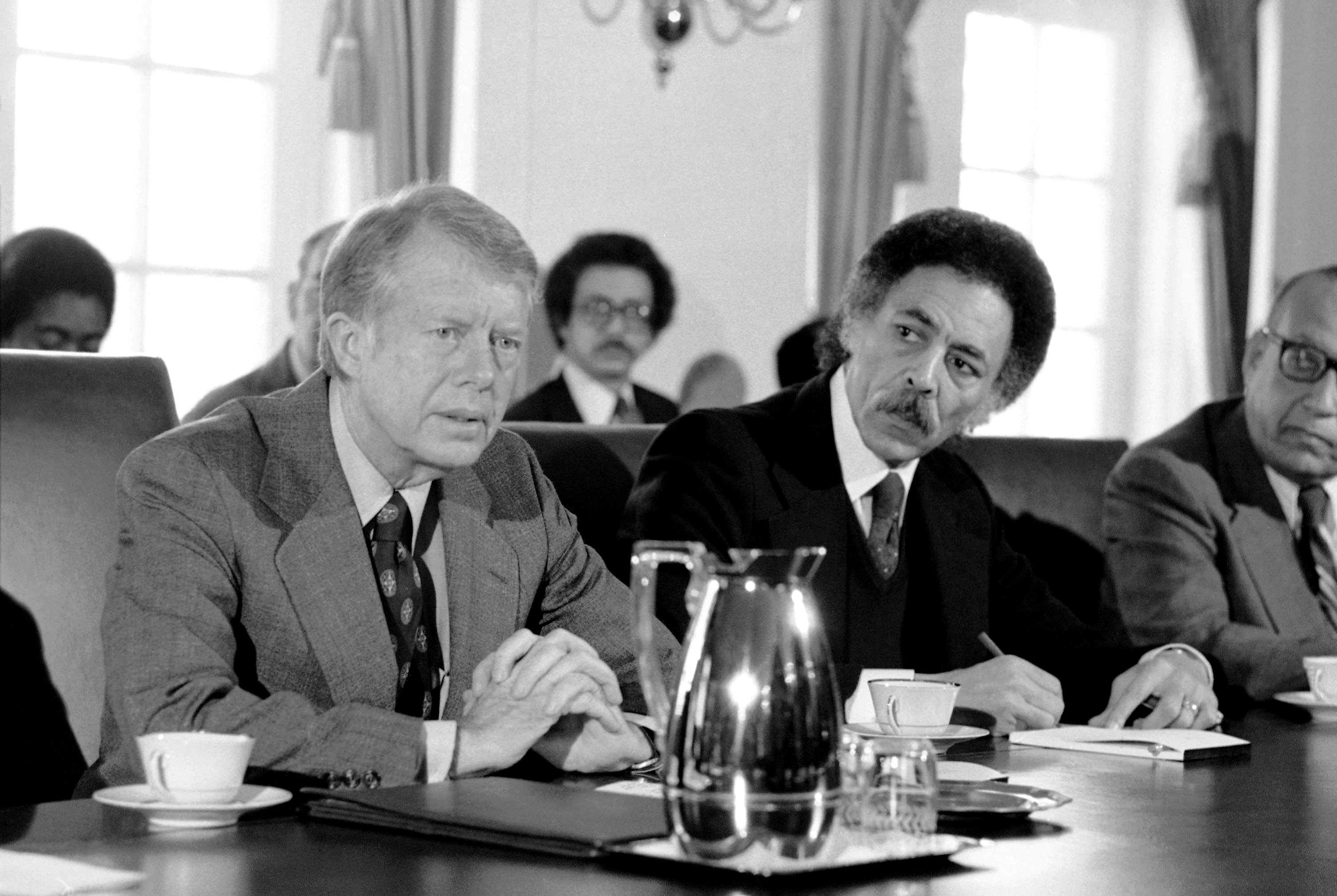 Dellums’s example feels particularly meaningful today, when an energetic progressive movement has made independence from corporate financing, an interest in global solidarity, and even socialism itself more mainstream. As we’ve seen with Alexandria Ocasio-Cortez’s recent victory in New York’s 14th District, there absolutely are places in the U.S. where it is possible to elect ferociously progressive and uncompromising leaders. Though difficult, it is possible to out-hustle and beat establishment machines that are, at least on the local level, often paper tigers. There’s no reason to always settle for the standard, uninspiring, status quo Democrats.

The path to victory isn’t truckling, or trimming, or “pivoting” in the face of an inevitable onslaught from the right and the corporate media. (“I was angry,” Dellums says about Agnew’s attacks, “that the press had been willing to be so easily used by the administration in its reaction against the movements I represented.”) Ocasio-Cortez summed it up on a recent appearance on “The Daily Show”: “I think people appreciate that I am honest, and that I’m not trying to not be who I am in order to get you to like me. I’m here, this is what it’s about: ‘Medicare for All,’ tuition-free public college, a green New Deal — this is what I campaigned as.” She’s right: People tend to respond to conviction, not flinching. Even Donald Trump understands that lesson.

In his memoir, Dellums described how he sometimes doubted that running for office was the best use of his time. But his story shows that electoral politics can be a vehicle with which to accomplish a great deal. Even when he was a member of the Berkeley City Council, local organizers emphasized the importance of access to local power. “My seat gave them a voice within ‘the system,’” Dellums said.

Dellums’s mother, he said, taught him that “one had to start working with people where they were, not where you wanted them to be.” This wisdom carried him through a life of deep integrity and accomplishment, and enabled a legacy that we all can learn from, if we choose to.

Correction: Aug. 6, 2018
Due to an incorrect caption from Getty Images, a previous version of this story included a photo that misidentified Rep. Parren Mitchell as Ron Dellums. It has been replaced with a photo of Dellums.

Top photo: Oakland Mayor Ron Dellums poses for a portrait in the rotunda at City Hall in Oakland, Calif., March 12, 2009.