Barbara Lee’s ascension to a significant leadership post would be a signal to grassroots activists that the strength of their opposition to the status quo is being felt inside the Capitol. 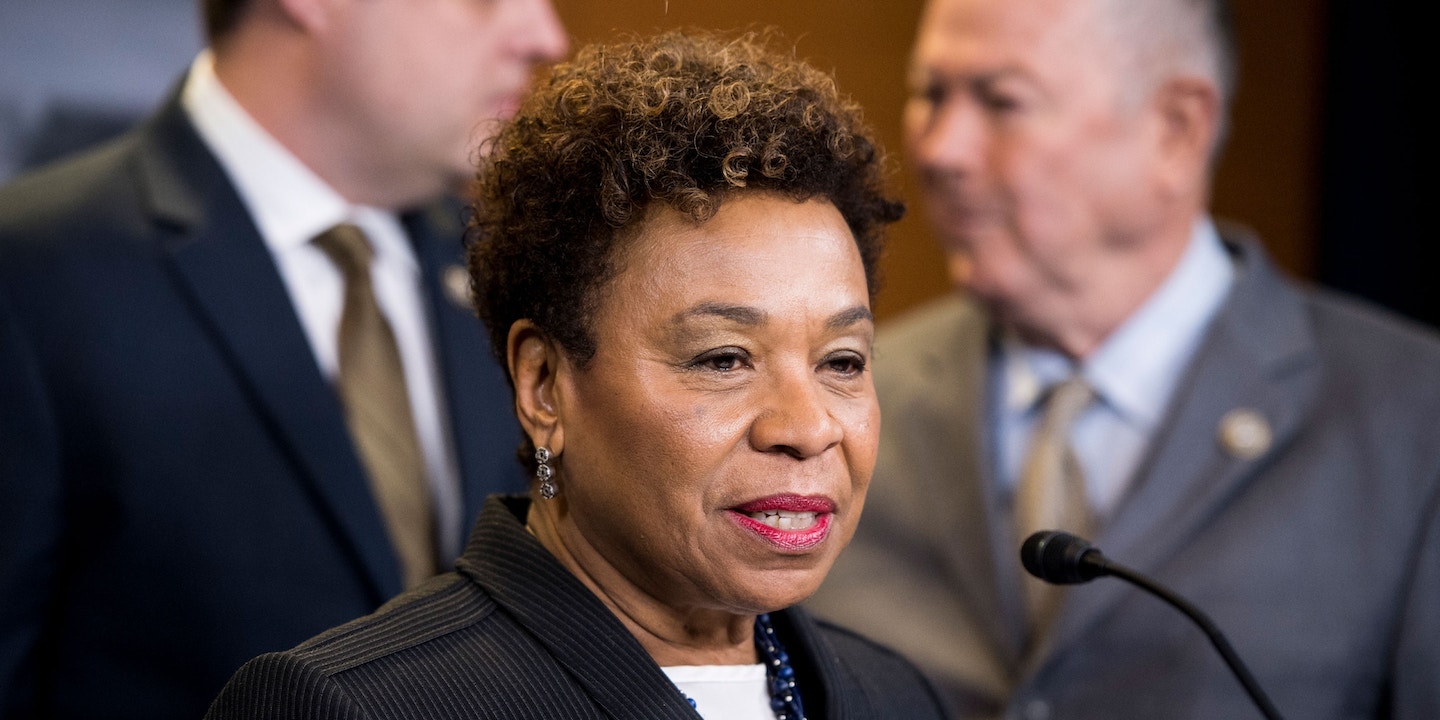 Rep. Ro Khanna plans to throw his full weight behind Barbara Lee, his fellow representative from California, if she makes a final decision to run for caucus chair, a leadership position being vacated by New York’s Rep. Joe Crowley.

The House Democratic Caucus chair role opened up after Crowley’s surprise primary loss to Alexandria Ocasio-Cortez last month. Crowley was considered next in line to be speaker of the House, and his leaving Congress is already shaking up the leadership structure.

Lee has been canvassing Democratic House members to gauge support ahead of any official announcement, but she has made her intention to run clear. Khanna’s full-throated support makes the backing of the full Congressional Progressive Caucus, a bloc of 78 Democrats that is likely to grow by 2019 and of which he is a member, that much more likely.

“I am proud to support Barbara Lee for conference chair. I will be rallying my colleagues in the progressive caucus for her and also incoming freshman whose campaigns I have helped,” he told The Intercept. “I have often said that if John F. Kennedy were writing ‘Profiles of Courage’ today, there would be a chapter on Barbara Lee. Her vote in opposing the blank check to war is one of the most courageous acts of modern time.”

Lee cast the lone vote against authorization of the use of military force after the 9/11 attacks, warning presciently it would be used to justify endless war.

Despite Lee’s iconoclasm, she has not played the role of lone wolf, instead engaging regularly in internal caucus politics. “Barbara also has sought out younger members to work with, and has helped me build relationships with the CBC and progressive caucus,” Khanna said, referring to the Congressional Black Caucus.

She ran for a leadership post in 2016 — vice chair of the Democratic Caucus — against Rep. Linda Sánchez, D-Calif., and fell just two votes short. She has since said that her flaw was beginning her campaign too late, a mistake she does not plan to replicate this go-round. She announced her last bid in January 2016, long before the election in November, but a month after her opponent, Sanchez, had already begun rounding up support. Leadership elections come after the general election, and newly elected members are eligible to vote. Crowley’s surprise loss resulted in a truncated race to replace him; no other candidate has yet stepped forward.

“Her vote in opposing the blank check to war is one of the most courageous acts of modern time.”

Lee’s ascension to a significant leadership post would be a signal to grassroots activists that the strength of their opposition to the status quo is being felt inside the Capitol. Her bid is also likely to be welcomed by Nancy Pelosi, who is vulnerable in her role as House minority leader and would benefit from progressive energy directed at electing Lee to the chair position rather than at ousting Pelosi from her top spot.

“I was not seriously considering this until Tuesday night,” Lee told the Washington Post two days after Ocasio-Cortez’s win. “If this were not an open seat, I’d be making a different calculation. But things move fast around here, and I didn’t want to wait until November to start looking at this.”

Her consideration was prompted by Ocasio-Cortez, who floated Lee as a potential for a different role — speaker of the House — when asked if she would support Pelosi. (A Democrat will assume speakership if the party succeeds at retaking the chamber in the midterm elections.) “I’d like to see new leadership, but I don’t even know what our options are,” she told the Post. “I mean, is Barbara Lee running? Call me when she does!”

.@Ocasio2018 floats @RepBarbaraLee as a new potential speaker. I’ve actually heard that from other members of Congress and it’s not as out there as people may think.

She previously ran for a leadership post, losing narrowly to Linda Sanchezhttps://t.co/pMJ3uQweoi

Lee entered politics as a radical activist and has clung to her principles throughout the years, long enough that the political pendulum in Democratic circles is swinging back toward her. She volunteered with the Black Panthers in the late 1960s and worked on Bobby Seale’s 1973 bid for mayor of Oakland. She was later a staffer for Rep. Ron Dellums, the first member of the Democratic Socialists of America, which has seen a renaissance in recent years, to serve in Congress. She succeeded Dellums in Congress in 1998.

Lee chaired the Congressional Black Caucus in 2009 and 2010, though members of the CBC were caught off guard by her earlier announcement that she was considering a bid for caucus chair, according to sources close to CBC members. She has since spoken to most members of the CBC; if she can mollify the caucus’s initial reaction and win the support of both the CBC and the CPC, she would effectively have the position locked up. (She would need the votes of a majority of the Democratic Caucus; the CBC has 48 members, though many are also members of the CPC, which Lee previously co-chaired.)

Despite her reputation, she at times sides with more moderate elements of the party. In the most recent San Francisco mayoral contest, she backed London Breed, the business-friendly candidate largely opposed by progressives. At Saturday’s party meeting to determine whether to endorse Kevin de León or Dianne Feinstein for Senate, she voted “no endorsement,” which the centrist Feinstein had been urging. Nearly two-thirds of the committee endorsed de León.

Caucus chair is the fourth-ranking leadership position, behind leader (Pelosi); minority whip (Maryland’s Steny Hoyer); and assistant leader (South Carolina’s Jim Clyburn), a third-ranking position that was created in 2011 after a contested fight for the No. 2 spot.

Monday, July 16, is Lee’s 72nd birthday, but if elected caucus chair, she would still be six years or more younger than the three members of leadership above her. Before dismissing her because of her age, Khanna said, Democrats need to bear in mind the structural obstacles in front of black politicians that often prevent them from getting to Congress as young people.

“Many African-American members don’t get elected until their 50s. They don’t have the money, the connections, the machines, or the dynasties to come to Congress in their 20s or 30s. They have to struggle to get a seat at the table,” said Khanna. “So we need to recognize and appreciate that struggle and acknowledge their leadership after their years of struggle. … It would be an enormous signal for the Democratic Party to acknowledge that struggle by having Barbara as our conference chair.”

A sizable number of CBC members stand to win committee chairmanships if Democrats retake the House, due to their seniority on various committees, such as Virginia Rep. Bobby Scott on the Education and Workforce Committee and California Rep. Maxine Waters on the Financial Services Committee. The rest of the caucus should champion this development, Khanna said.

“They have had to claw and scrape for a seat at the table,” he said. “That’s why it’s so important to have an African-American woman like Barbara Lee in leadership. That’s why we need to support CBC members who will be chairs and ranking members of committees. That’s why we need to make sure someone from the CBC is in the top three leadership positions. The CBC has been the moral force for most of the progressive legislation Congress has passed in the past 30 years.”