Citing an intelligence report published by The Intercept and last week’s killing of children, Warren asks for the truth on the U.S. role in Yemen. 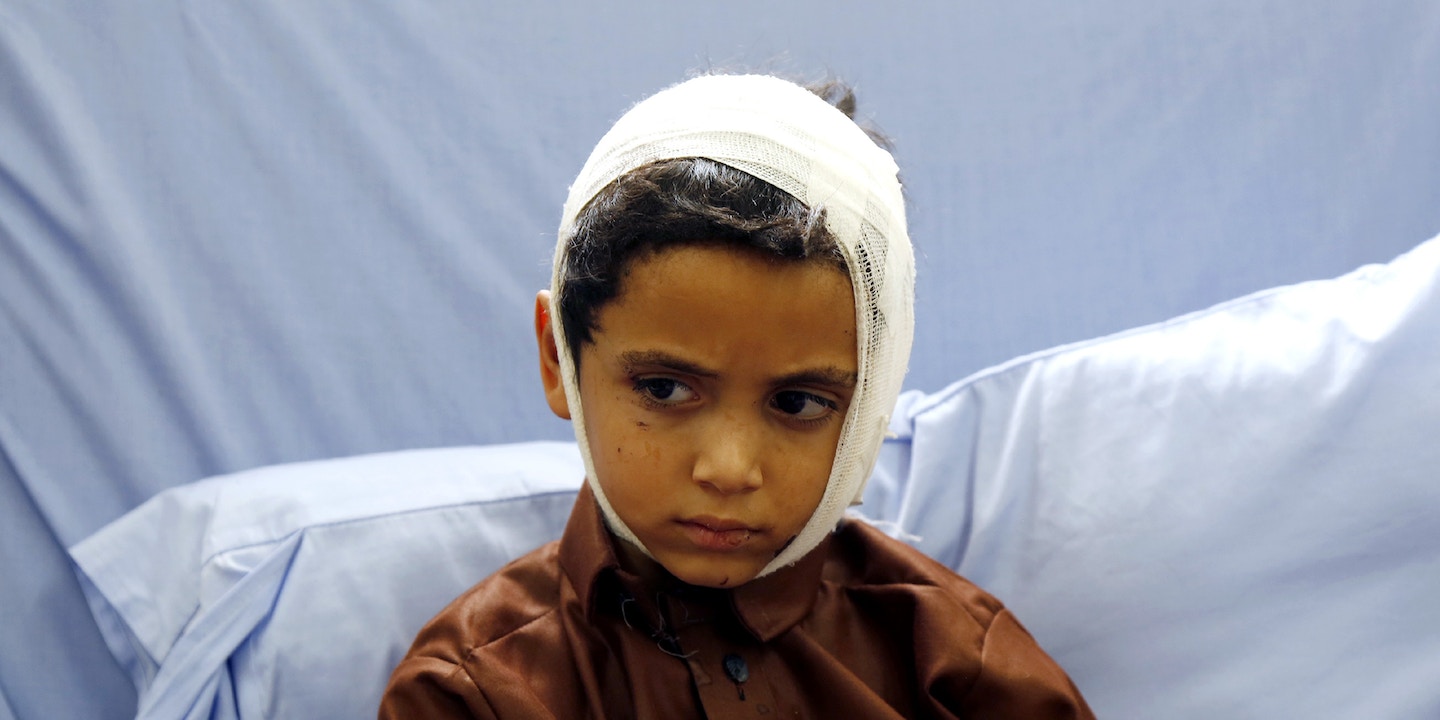 In the wake of a U.S.-backed bombing last week that killed dozens of children on a school bus in north Yemen, Sen. Elizabeth Warren is demanding answers about how U.S. military advisers support and oversee the Saudi and UAE bombing campaign in Yemen.

Warren sent a letter on Tuesday to Gen. Joseph Votel, head of U.S. Central Command and top commander for U.S. forces in the Middle East, requesting that he clarify past congressional testimony about the U.S. role in the Yemen war. Warren’s letter referenced an article by The Intercept about an airstrike in May, based on a U.S. intelligence report that recounts in detail, minute by minute, how the strike unfolded and American munitions were used.

Votel has previously suggested that the U.S. has little knowledge about how Saudi Arabia and the UAE use American weapons, and does not track the aircraft missions that the U.S. helps refuel. During a congressional hearing in March, Warren asked Votel whether CENTCOM tracks what aircraft do after the U.S. refuels them. He responded, “Senator, we do not.” Votel also denied knowing whether U.S.-produced munitions were used in specific strikes when the media has reported on civilian deaths.

However, earlier this month The Intercept published a detailed article about a coalition airstrike in May, which targeted a site in Yemen’s Northern Saada governorate where a dozen family members slept in tents; the bomb happened to miss the tents, so the civilians survived. The article quoted an intelligence report that includes “what appear to be comments from an American intelligence analyst” who documented the strike from a coalition command center in Riyadh, suggesting that U.S. military observers have detailed information about how strikes unfold.

Eric Eikenberry, an advocacy officer for the U.S.-based Yemen Peace Project, told The Intercept that the existence of an intelligence report shows that coalition airstrikes are more closely observed by the U.S. than Votel had indicated. “When it comes to Yemen, the priorities of General Votel and the rest of the administration are obscene,” he wrote in an email. “We knew that the United States was providing the fuel, weapons, and intelligence for coalition strikes, and now we know that the U.S. is perfectly capable of assessing strikes on civilian targets that use U.S. munitions.”

Saudi Arabia and the United Arab Emirates began bombing Yemen in March of 2015, after a rebel group commonly known as the Houthis deposed the country’s Saudi-backed president. In the three years since, the countries have relied on support from both the Trump and Obama administrations, which have provided targeting intelligence, flown mid-air refueling missions for coalition aircraft, and resupplied them with tens of billions of dollars in weapons.

Warren’s letter references the intelligence report in The Intercept, asking how U.S. intelligence analysts could have produced such a complete picture of the strike if, as Votel claimed, the Pentagon is doing so little to tracking the missions.

“This report appeared to indicate that one or more U.S. representatives were present in the Saudi command center at the time the strike was approved and executed,” Warren wrote. “The reported presence of U.S. advisors in a command center responsible for actively approving and directing such airstrikes, and the reported existence of at least one U.S. intelligence assessment of an airstrike acknowledging the use of U.S.-manufactured munitions, raise questions about whether the U.S. does in fact have the capability to track the origins, purpose and results of U.S.-supported airstrikes should it choose to do so.”

Warren’s letter contains a list of detailed questions about U.S. oversight of Saudi bombings, asking about the role of U.S. advisers in the targeting process, and whether U.S. military officers are present in coalition command centers overseeing operations. The letter also asks whether the Pentagon conducts “after action assessments or … intelligence reports summarizing coalition airstrikes in Yemen, such as the one reported by The Intercept.” The letter asks the Defense Department to “provide unclassified answers … to the extent possible” and requests copies of the intelligence reports.

Since the beginning of the war, U.S.-backed airstrikes have hit countless civilian targets, including schools, hospitals, and food and water infrastructures. Last week, the U.S.-backed coalition bombed a school bus in North Yemen, reportedly killing dozens of boys between the ages of 6 and 11. UNICEF called the strike the “worst attack on children since Yemen’s brutal war escalated in 2015,” and the U.N. Secretary General called for an “independent and prompt investigation” into the strike.

Warren’s letter comes at a time of mounting frustration on Capitol Hill toward the U.S. role in the war. In June, Sen. Robert Menendez, the top Democrat on the Senate Foreign Relations Committee, announced that he would hold up a multibillion-dollar arms sale to Saudi Arabia and the UAE until the Trump administration answered his questions about civilian casualties and U.S. strategy in the war.

“I am concerned that our policies are enabling perpetuation of a conflict that has resulted in the world’s worst humanitarian crisis,” Menendez wrote in a letter to Defense Secretary James Mattis and Secretary of State Mike Pompeo.

Correction: August 28, 2018
An earlier version of this story incorrectly described what is known about the U.S. role in a May bombing in Yemen that narrowly missed several tents where a family was sleeping. While the intelligence report seen by The Intercept showed U.S. observation and tracking of the air strike, it did not show U.S. supervision.

Top photo: On Aug. 12, 2018, a Yemeni child receives medical treatment at a hospital in Saada, Yemen, after he was injured by an airstrike which hit a bus he was riding earlier this week.