Is Donald Trump Above the Law?

Michael Cohen told a federal court that Trump committed a felony. By standard legal logic, the president should be the next one indicted. President Donald Trump chairs a meeting with administration and state officials on prison reform at the Trump National Golf Club on Aug. 9, 2018, in Bedminster, N.J.

Ever since the federal investigations of President Donald Trump and his lackeys began, most outside observers have argued it was highly unlikely that Trump himself would face criminal prosecution.

The conventional wisdom has been that federal prosecutors would bow to long-standing tradition and decades-old Justice Department legal opinions and not seek an indictment of a sitting president. Trump might face impeachment in Congress, which is a political process, but it seemed far-fetched that prosecutors would try to send him directly from the White House to prison.

But that line of thinking was upended Tuesday, when Trump became the unnamed “Individual-1” in a federal criminal case. Tuesday was the day that the chances that Trump will face indictment and criminal prosecution surged higher than ever before.

In fact, August 21, 2018, seems certain to be a watershed day in Trump’s manic presidency.

In a Virginia federal court on Tuesday, Paul Manafort, Trump’s former campaign chair, was found guilty on eight counts of tax and bank fraud in a case brought by special counsel Robert Mueller, who has been investigating whether Trump and his campaign colluded with Russia to win the 2016 election.

Both of Tuesday’s cases were really bad news for Trump, but the Cohen plea deal presented a more immediate threat to the president. As part of his plea, Cohen directly implicated the president, asserting that he worked with Trump during the campaign to pay off two women to keep their stories of alleged affairs with Trump out of the press before the 2016 election. Given the way the payments were made, as well as their intent, that effort was a violation of federal campaign finance laws. Cohen asserted in federal court that Trump had committed a felony.

Now, federal prosecutors are faced with a dilemma. They have just triumphed in a high-profile white-collar criminal case in which they successfully nailed the personal lawyer to the president. They squeezed Cohen so hard that he admitted the president was his co-conspirator in a crime. And not just any crime — a crime designed to help Trump win the presidency.

Can prosecutors now ignore the logic of their own case? Don’t they have to go after Trump himself?

Lanny Davis, Cohen’s attorney, asked that question publicly on Tuesday. In a tweet after Cohen’s plea, Davis wrote that his client “stood up and testified under oath that Donald Trump directed him to commit a crime by making payments to two women for the principal purpose of influencing an election. If those payments were a crime for Michael Cohen, then why wouldn’t they be a crime for Donald Trump?”

The Cohen and Manafort cases were brought by different teams of prosecutors, and that may make a difference in how each is pursued from here. The Cohen prosecution was conducted by the office of the U.S. Attorney for the Southern District of New York, while the Manafort case was brought by Mueller and his team from the special counsel’s office.

As special counsel, Mueller has great latitude in how he pursues the Trump-Russia case. Attorney General Jeff Sessions was forced to recuse himself from overseeing Mueller’s investigation because of questions about his own connections to Russian officials during the 2016 campaign. Mueller has taken great advantage of his independent status to conduct a highly aggressive investigation of Trump and those around him. Manafort was only the latest in a long line of people from the Trump circle to discover just how seriously Mueller is pursuing his inquiry. Mueller was clearly prosecuting Manafort to pressure him to flip and tell all that he knows about Trump and Russian collusion. 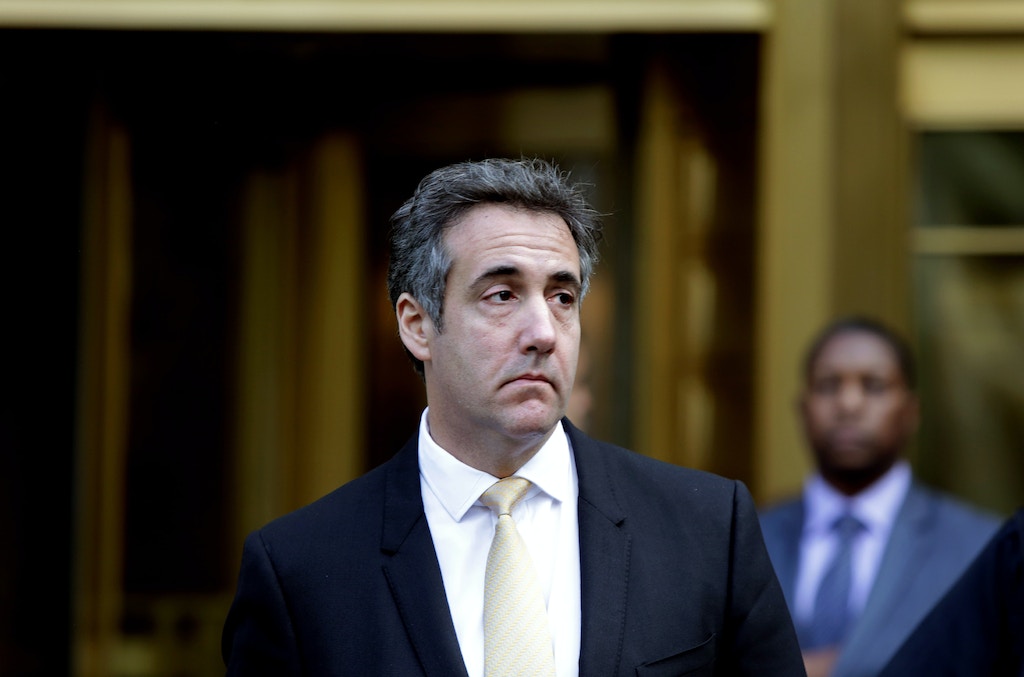 But the prosecutors in New York who have handled the Cohen case don’t enjoy the same level of independence that Mueller does. Any effort by Southern District prosecutors to pursue their case and investigate “Individual-1” in the White House will almost certainly have to be approved by Sessions. It seems unlikely that he would believe that his recusal on the Trump-Russia probe would apply in the Cohen investigation, even though Cohen is widely believed to have information about the Trump-Russia case. And, after being repeatedly and publicly attacked and humiliated by Trump for his recusal in the Mueller inquiry, Sessions may be eager to prove his loyalty to Trump and block any further investigation in the Cohen case. (Although it’s also possible that, after silently enduring months of Trump’s abuse, Sessions might keenly enjoy approving a legal assault on the president.)

While the U.S. Constitution seems rather vague on the whether a president can be indicted while in office, Justice Department lawyers have consistently argued that constitutional law forbids it. In 1973, during the Nixon administration, the Justice Department “concluded that the indictment and criminal prosecution of a sitting President would unduly interfere with the ability of the executive branch to perform its constitutionally assigned duties, and would thus violate the constitutional separation of powers,” according to a DOJ memo written in 2000, at the end of the Clinton administration. Almost three decades after Watergate, the 2000 memo reaffirmed the department’s earlier decision: “No court has addressed this question directly, but the judicial precedents that bear on the continuing validity of our constitutional analysis are consistent with both the analytic approach taken and the conclusions reached. Our view remains that a sitting President is constitutionally immune from indictment and criminal prosecution.”

If Sessions and the Justice Department block New York prosecutors from pursuing Trump, what happens next? Will the information be referred to Congress as part of impeachment proceedings? If Democrats retake the House in the midterm elections this fall, will they be willing to pursue impeachment, knowing they will almost certainly lack the votes in the Senate to win a conviction?

What we know for sure is that the path to the criminal prosecution and imprisonment of the president of the United States is now clear. How it is handled will be a major test for the American system of government.