The black police group’s support came after a national police association called for a boycott of Nike for signing an endorsement deal with Colin Kaepernick. 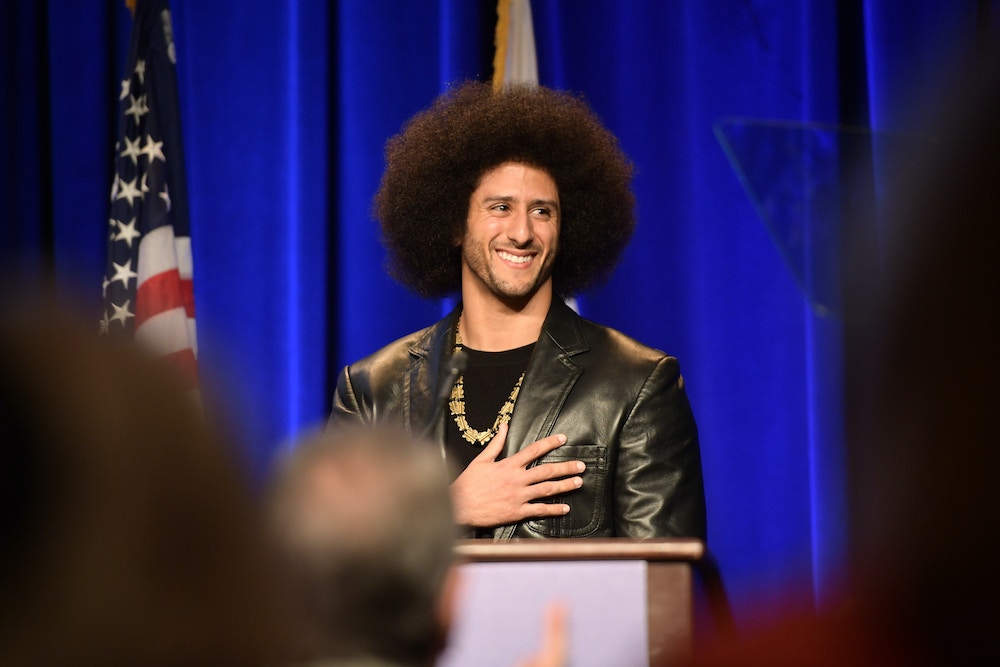 We often hear that police officers across the country are pissed at Colin Kaepernick. When Nike announced an endorsement deal with the former NFL quarterback, who has been effectively banned from the league for his protests during the national anthem, an umbrella group of police unions called the National Association of Police Organizations called for its ranks to boycott the shoemaker’s products.

Yet we often don’t hear about how black police officers across the country think of Kaepernick and the subjects he raised with his protest. The reality is that these cops are often in support not only of Kaepernick’s stance against police brutality, racism, and injustice in the United States, but that black police actually support and defend his previous protests around those issues during the national anthem.

On Wednesday, the National Black Police Association released an open letter they sent to Mark Parker, Nike’s CEO. In the letter, the group not only condemned the calls from traditionally white police organizations to boycott Nike, but congratulated Nike on its new campaign featuring Kaepernick.

“Kaepernick’s stance is in direct alignment with what law enforcement stands for—the protection of a people, their human rights, their dignity, their safety, and their rights as American citizens.”

National Black Police Association National Chair Sonia Pruitt wrote that her group sees Kaepernick’s stance and words as very much being in line with their own values — taking a shot at the National Association of Police Organizations in the process. “NAPO believes that Mr. Kaepernick’s choice to openly protest issues surging police brutality, racism and social injustices in this country makes him anti-police,” Pruitt wrote. “On the contrary, the NBPA believes that Mr. Kaepernick’s stance is in direct alignment with what law enforcement stands for—the protection of a people, their human rights, their dignity, their safety, and their rights as American citizens.”

The letter is powerful not only because it debunks many popular notions about how police feel about Kaepernick. It also shows how much of that rhetoric is more about race and culture than it is about the profession of policing. As I’ve traveled the country, black cops everywhere I go tell me how much they love Kaepernick and believe in his mission. At this time last year, nearly 100 current and former New York Police Department officers rallied together in a press conference to show their support for him. So some police do stand up for Kaepernick — just not the ones that Donald Trump mentions when he sneers about the national anthem protests.