Kerri Harris Got More Votes Than She Thought She Needed, But It Wasn’t Enough 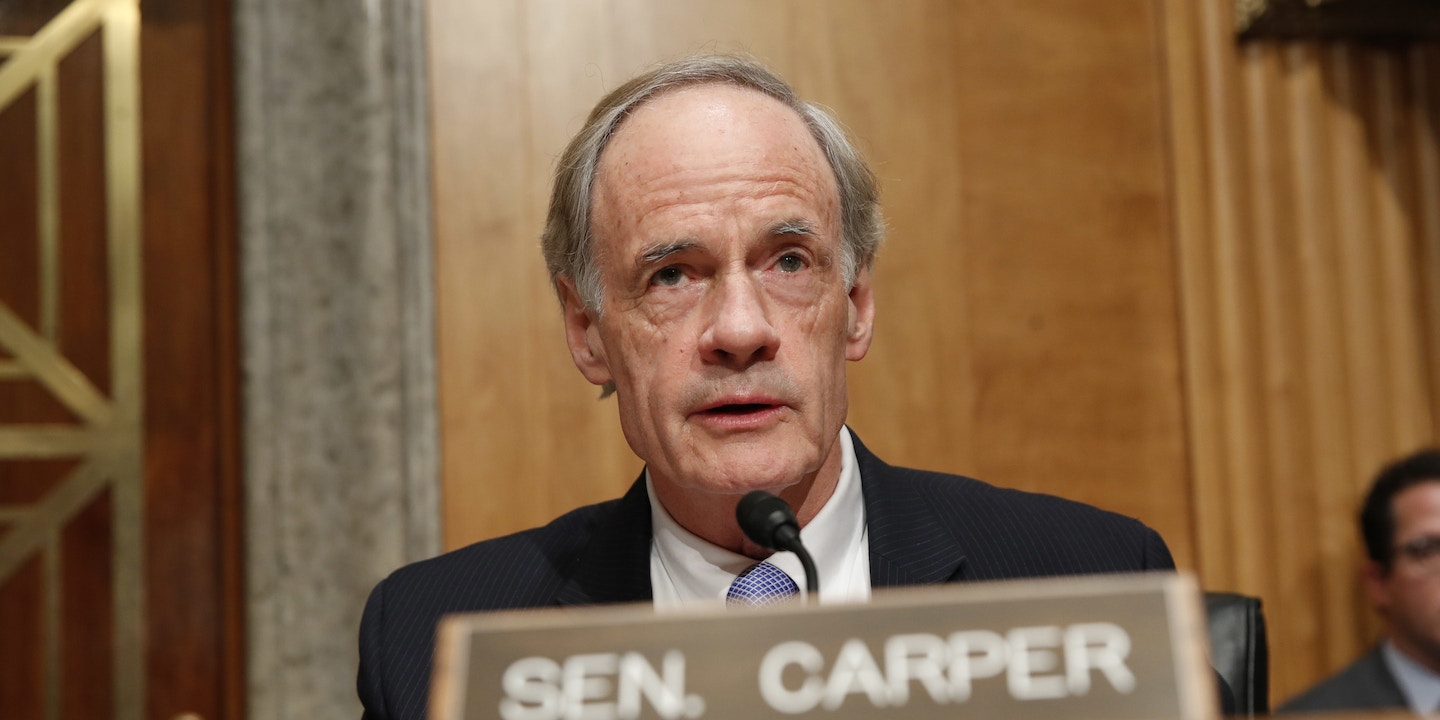 In late August, a coalition of progressive organizations supporting Kerri Harris in her U.S. Senate campaign in Delaware put a survey into the field. It came back showing incumbent Tom Carper with an eye-popping 80 percent approval rating, and a daunting 50-point lead in a head-to-head matchup with Harris.

The only public poll, in July, had shown Carper up 51-to-19. But the private survey had found that Carper’s four-in-five approval rating was deceptive. Most politicians that popular are immune to negative attacks; voters dismiss new information about their golden boy as biased or simply false.

But Carper’s 80 percent was soft, and when voters in the survey learned that Carper had voted in 2006 to confirm Brett Kavanaugh to the bench, support began to plummet. When they learned of his criminal justice record — he has boasted about overseeing the largest prison expansion in the state — the numbers fell further. Then when told about his links to Wall Street and predatory lenders, his numbers fell under 50 percent.

The challenge for Harris was to get those messages out to voters with a threadbare budget and without looking like she was breaking Delaware’s custom of niceties that goes hand in hand with what’s known as the “Delaware Way.”

Harris highlighted Carper’s record on a host of issues, from his long service for banking interests and other corporations clustered in the state; to multiple votes against re-importing prescription drugs from Canada; to support for welfare reform and the largest expansion of prisons in the history of Delaware while governor; to co-authoring the bankruptcy overhaul that made it harder for the poor to escape their debts; to agreeing to confirm Brett Kavanaugh to the D.C. court of appeals in 2006; to voting to declare English the official language of the United States; to supporting the Iraq War resolution.

Still, Carper’s constant presence within the state, at every local parade and fish fry, would be a challenge for even a well-known and well-funded challenger.

The turnout was in part a function of the competitive primary, which gave people a reason to pay attention; but it also a reflection of the national trend of Democrats voting in historically large numbers in the wake of Donald Trump’s election. Those voters were more likely to be familiar with Carper and unfamiliar with Harris.

Elsewhere in Wilmington, the movement behind Harris picked up some wins, with Elizabeth “Tizzy” Lockman winning a state Senate seat and Nnamdi Chukwuocha knocking off longtime incumbent Charles Potter in a state House race. Harris, in her concession speech, emphasized what the movement had built in a state that had long been a barren wasteland for progressive politics. “The establishment may have won tonight, but they ran scared,” she said. “Tomorrow, we fight some more,” she added, promising to support Carper in the general election but make sure he “stays close to the people.”

The campaign raised a relatively meager $175,000, but most of that came in the race’s final few months, allowing Harris to boost the get-out-the-vote budget and reach more voters. Carper, by contrast, spent $3.3 million, blanketing the state with TV and YouTube ads, as well as highway billboards and paid field organizers.

There was no Harris campaign headquarters until this summer, and when a reporter for The Intercept visited the Wilmington office in mid-August, the campaign had just gotten its first ever shipment of yard signs. By Election Day, there were three offices, one in each of Delaware’s counties.

Harris said she had wanted to launch her campaign in October, but couldn’t afford to stop working then, so had to delay until February. After results came in, she said that she thought she would have been able to win had she had that extra time.

On the eve of the primary, the Harris campaign reported communicating by phone, text, or door-knock with over 100,000 Delaware voters, using the people power of over 800 volunteers. An additional 20,000 phone calls came on Election Day, identifying 2,000 new voters. Even one hour before polls closed, 35 volunteers manned the phones contacting last-minute voters at the Wilmington headquarters.

Nina Turner, head of Our Revolution, which was formed out of the 2016 Bernie Sanders campaign, rallied with Harris on Wednesday evening in Wilmington.

The campaign succeeded in drawing national coverage, with profiles at several outlets, including the Huffington Post, the Washington Post, Politico, the U.K. Independent, CNBC, and the New York Times. The Times referenced our coverage of the race, referring to “ferocious attacks” on Carper “from left-wing websites, such as The Intercept.” Carper said, “I wear it with honor.”

On Election Day, Harris voters in a heavily African-American precinct in Wilmington said they appreciated her message of economic justice. “We want somebody who walks in our shoes,” said one woman who didn’t give her name. “If you can’t walk in my shoes, how do you know me?”

On the other hand, Shakheeta Benson, a 26 year-old woman from Wilmington, said she voted for Carper because “he’s still willing to make change for us. I’m more comfortable with him.”

But virtually everyone seemed to have some personal connection to Carper, a fixture in Delaware politics for over four decades, who pays close attention to retail campaigning. One woman said she had Carper over to her house for dinner after she met him at her church. Another man, a Nigerian immigrant, liked that Carper attended a local Nigerian independence parade.

“I have to give it to Sen. Carper, he does travel up and down the state,” said Harris. “The big issue for me and why I’m running is, he forgets our stories when it comes time to write legislation.”

The Harris campaign got twin boosts from Justice Democrats and the Working Families Party. In the wake of Alexandria Ocasio-Cortez’s upset victory in the Bronx, New York, a number of Justice Democrats organizers who helped her win, including Alexandra Rojas, the group’s executive director, joined the Harris campaign, bringing with them the text and phone-banking know-how that had propelled Ocasio-Cortez.

The Working Families Party, meanwhile, embedded a veteran organizer, Vanessa Clifford, inside the campaign, and also ran a $100,000 independent expenditure on her behalf, funding mail, digital ads, and canvassers.

The text messaging magic worked, sort of, for Stefanie Benson, a 34-year-old woman born in Wilmington. Asked on the street by an Intercept reporter if she had voted, she said she had forgotten that today was Election Day. But then she added that she knew how to find her polling place because someone from the Kerri Harris campaign had texted it to her.

She first discovered Harris through a Facebook ad, she said, which she clicked on. “That’s when I started getting text messages, and I was like, ‘How did they get my number?’”

Though she said Wilmington has been struggling for years, she liked Harris’s message. “I always have hope,” she said.

She said she’d head out to vote as soon as her daughter got home. There was an hour until polls closed.

At 20 minutes before 8 p.m., we walked back past Benson. Her daughter still hadn’t made it home yet, she said. She was still hopeful she’d get out in time to vote.

But it wasn’t looking good.

Top photo: Sen. Tom Carper speaks during a hearing on international mail and the opioid crisis on Jan. 25, 2018, in Washington, D.C.