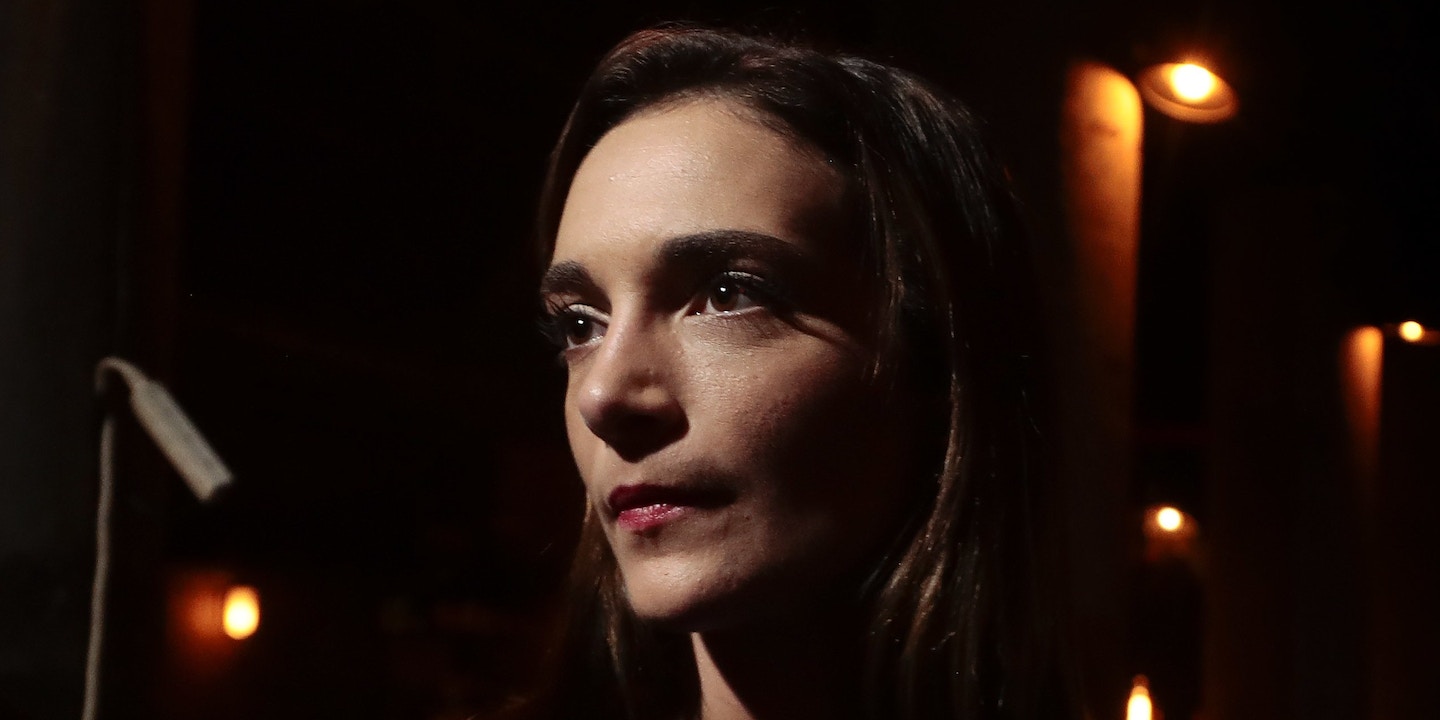 As the final vote tally came across the TV screens above, Julia Salazar stared off in a daze at the sea of supporters who had crammed into a Bushwick bar Thursday night.

“Oh, my God,” Salazar said aloud to no one in particular as her campaign staff swarmed her. The 27-year-old democratic socialist candidate for state Senate had done what socialists do not typically do in American politics: She’d won, and won big, knocking off longtime incumbent state Sen. Martin Dilan.

Her 18-point victory over the four-term establishment incumbent was another watershed moment for the Democratic Socialists of America, whose rise in American politics in the Donald Trump era went into hyperdrive in June with Alexandria Ocasio-Cortez’s shock victory.

Weeks of intense scrutiny over Salazar’s personal life led to a string of news stories that accused her of misleading voters on her immigration status, Jewish heritage, and socio-economic background while growing up in Florida. The nonstop, high-profile scandals seemed to have had virtually no effect at the ballot box. If anything, her supporters rallied harder for her.

In many ways, this was a race of two realities: the “Twitterverse,” where Salazar’s portrayal of her past was painstakingly dissected; and real life, where voter after voter in her rapidly gentrifying district worried about evictions and U.S. Immigration and Customs Enforcement raids.

It was in the end a two-person race, and Salazar, whatever her background, spoke to more people. “I think voters are smart and they’re interested in voting for candidates who they know will fight for them and for their interests,” Salazar told The Intercept. “Voters know that we, on the outset, ran this campaign on the issues.”

Dilan, a 68-year-old native of Bushwick, throughout the campaign touted his longstanding ties to the District that he has represented in Albany for 16 years, suggesting that Salazar herself was one of the young, wealthy gentrifiers she ostensibly was trying to keep out. Ultimately, though, it came down to what he had to show for his time in office. Voters blamed him for what they regarded as out-of-control development under his watch, which has exacerbated the District’s affordability housing crisis. Salazar connected with voters on this issue, particularly zeroing in on the real estate industry’s lucrative donations to Dilan’s political campaigns over the years.

“So many people have been displaced,” said Nilda Baez, a community organizer who has lived in Bushwick for 29 years. Baez knocked on hundreds of doors as a canvassing volunteer for the Salazar campaign. She described a volatile environment in many parts of the district where weekly ICE raids have separated immigrant families and landlords have sought to push out vulnerable tenants in hopes of cashing in on the area’s rent hikes. “We need progressives like Julia to change the status quo.”

For eight years, Albany has been a sort of personal fiefdom for Gov. Andrew Cuomo. One of the lasting consequences of the governor’s backroom deals and power grabs was a Republican-controlled state Senate, held by a steady coalition known as the Independent Democratic Conference – a recently disbanded group of eight breakaway Democrats who voted with Republicans. That Albany vanished Thursday night.

Liberal voters, enraged by years of inaction on progressive legislation, voted out six of the IDC’s eight members and replaced them with mostly young anti-establishment insurgents, even as Cuomo cruised to a likely third term. In the Bronx, Alessandra Biaggi, a former aide to Cuomo, swept to victory over IDC leader Jeffrey Klein in the night’s biggest surprise. Klein had spent an astounding $2 million on the race. “We have now cut the head of the IDC snake,” said Biaggi at her victory party.

The stunning results produced an unusual scenario for the governor. At the state level, New York City Public Advocate Tish James easily won the attorney general’s race and Lieutenant Gov. Kathy Hochul beat back a serious challenge from progressive Jumaane Williams; both winners were Cuomo’s preferred candidates. But at the local level, Cuomo saw his power in the state legislature significantly curtailed.

“You’re going to have vegetarians running the sausage factory,” said NY1 anchor Errol Louis of the IDC implosion on the network’s live broadcast

If Democrats retake the state Senate in November, legislation like the New York State DREAM Act, which would grant financial aid for college to undocumented students, and the Reproductive Health Act, which would declare abortion as “a fundamental right” in the state, could pass into law in the next session after years of failed attempts.

Back at the bar in Bushwick, beers flowed and music blared as DSA supporters partied late into the night. “It’s just an amazing night for DSA,” said Brad Hanford, a 21-year-old member of the North Brooklyn DSA chapter, the same one that first pushed Salazar to run this past spring.

Jahan Nanji, a 23-year-old Columbia University graduate student, stood nearby, transfixed by her phone as results poured in from races elsewhere. Nanji described herself as a recent convert to political activism, first inspired to become more involved in grassroots organizing by Ocasio-Cortez’s win in June. For three months, in the stifling summer heat, she volunteered for the Salazar campaign, selling constituents on her democratic socialist platform.

“Today, and in the past few months, we’ve learned that grassroots organizing works,” said Nanji. “As young women, and young women of color, you shouldn’t be afraid to take on the establishment. You might go through hell for it … but we can win.”