There is no statute of limitations for attempted rape in Maryland. 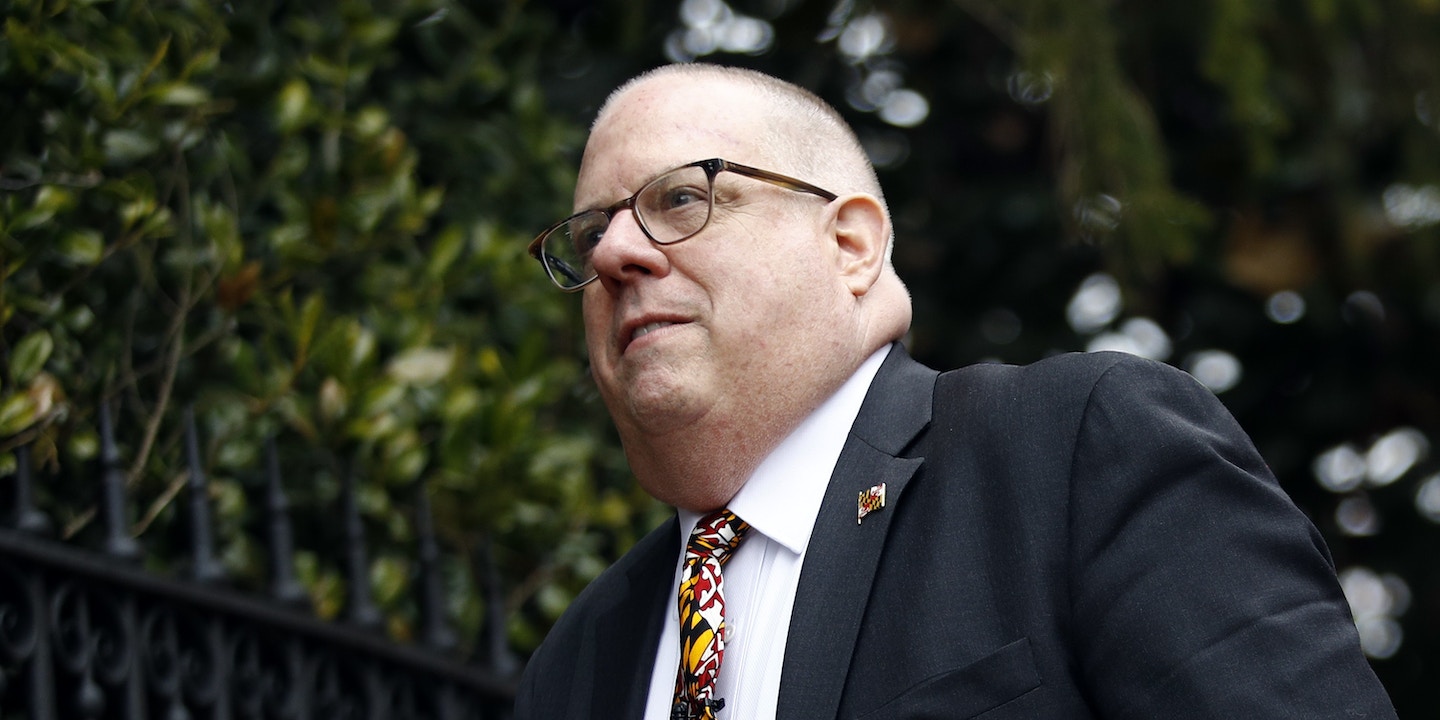 On Friday morning, Maryland state Sen. Cheryl Kagan, a Democrat, sent a letter to her state’s Republican Gov. Larry Hogan calling on him to direct the Maryland State Police to launch an investigation into Christine Blasey Ford’s sexual assault allegations.

Ford “deserves the basic fairness she has been denied, and you have the power to give it to her because the assault allegedly occurred in Montgomery County, Maryland.” Kagan wrote. “I know you understand the importance of an independent investigation because you signed HB1342, which requires an independent investigator to examine sexual harassment by members of the Maryland General Assembly.”

HB1342, which Hogan signed in May, is legislation designed to strengthen anti-harassment policies and prevent sexual harassment. It was pushed by the Women’s Caucus in the Maryland General Assembly.

Hogan rejected Kagan’s request at a news conference several hours later, according to the Baltimore Sun. “The Maryland State Police will not be getting involved in this,” he said, without further explanation. Kagan tweeted that she was “disappointed” in Hogan and “hopes he’ll reconsider!” Two hours later, she tweeted again that she hopes the governor “changes his tune and decides to stand up for Maryland women who have been assaulted. #InvestigateKavanaugh”

The Maryland Democratic Party seized on the opportunity to blast the governor, sending out an email with the subject line: “BREAKING: After Months of Silence on Kavanaugh, Hogan Stands with Trump in Defense of SCOTUS Nominee.” The email included a quote from Democratic state party chair Kathleen Matthews, saying: “If Donald Trump doesn’t have the integrity to authorize an independent investigation by the FBI, then Larry Hogan has a duty to authorize an independent investigation by Maryland state police.”

Matthews’s party is aiming to unseat Hogan this November, but polls show Hogan with a strong lead against his Democratic opponent Ben Jealous.

Earlier on Friday, Trump also elevated the issue of local law enforcement, tweeting that if Kavanaugh’s attack on Ford “was as bad as she says,” then Ford or her parents would have immediately filed charges with the police. “I ask that she bring those filings forward so that we can learn date, time, and place!” he wrote.

Kavanaugh’s mother was a Montgomery County prosecutor at the time of the alleged assault.

Ford has not filed any reports with the local police, according to the Montgomery County Police Department, and she told the Washington Post that she didn’t tell anyone at the time what happened to her, including her parents.

In Maryland, there is no statute of limitations for rape or attempted rape, and Ford has described her assault as “attempted rape.”

Two days earlier, a spokesperson for the state’s attorney, Ramon Korionoff, told The Intercept that his office was refraining from confirming or denying if it was investigating the Ford allegations. He added that “when there’s something that the police have brought to us, we’ll address it at that time.”

Ike Leggett, the executive of Montgomery County, told The Intercept on Friday morning that he has spoken to Montgomery County State’s Attorney John McCarthy, and that the state’s attorney’s would “of course” look into the allegations if more details emerged, like the date, time, and address of the alleged incident. “Based on what’s been reported in the newspapers, unless there’s some actual complaint filed in more detail, it’s very difficult for them to proceed with just the information that’s available,” Leggett said, based on his conversation with McCarthy. “Secondly, there’s a statute of limitation challenge they need to work through depending on the complaint. They’re in a wait-and-see attitude.”