During her transfer to a federal prison, NSA whistleblower Reality Winner was held in isolation in a Florida jail for a week. 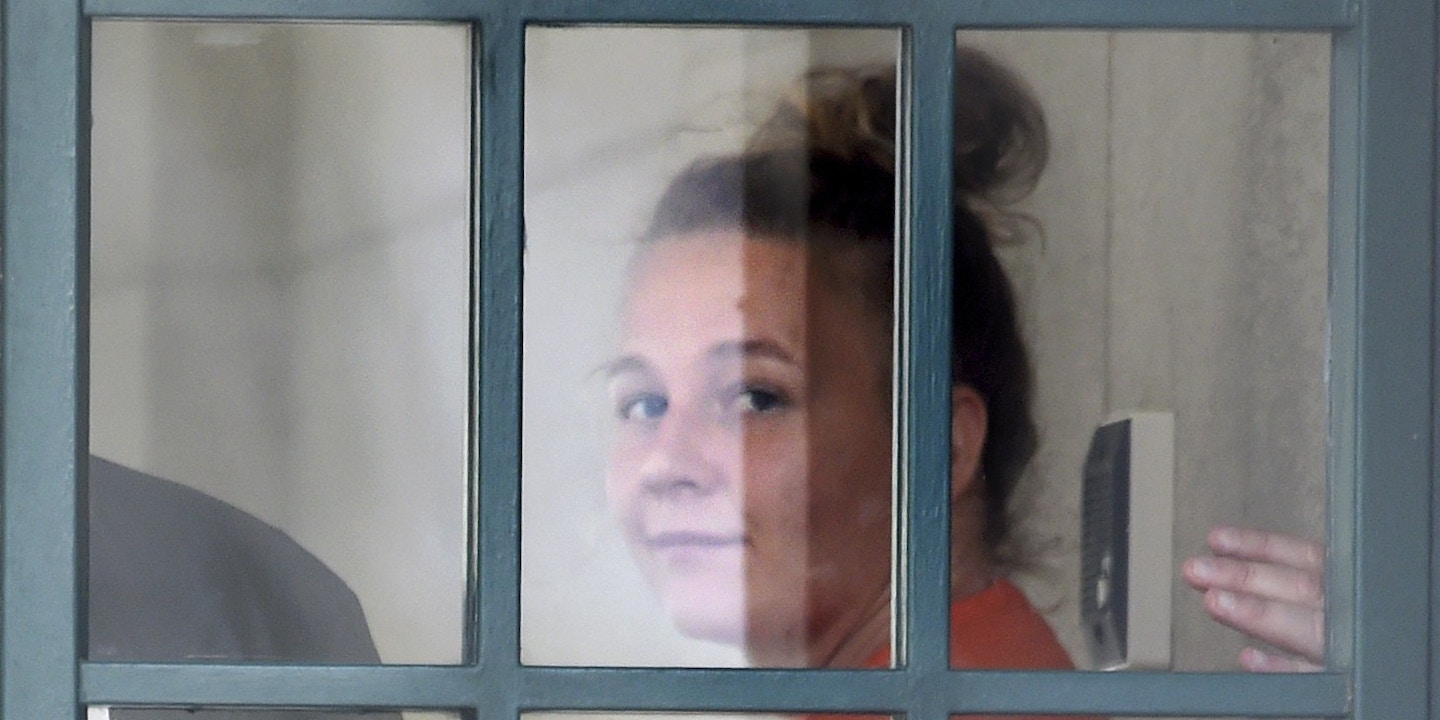 National Security Agency whistleblower Reality Winner was kept in isolation for a week in a Florida county jail, a move that left her “hysterical,” according to an advocate who visited her in the facility. On Monday, Winner was moved from her isolated cell into the jail’s general population, according to advocates.

Charged under the Espionage Act and facing up to 10 years in prison, Winner, a 26-year-old former defense contractor and Air Force veteran, pleaded guilty in June to retaining and transmitting a document to a news organization. On her way to serve out the remainder of the five-year term spelled out in the plea deal, she was transferred in the middle of the night a week ago from the small rural county jail in Georgia where she has spent more than a year in custody. But, rather than being sent to a federal facility for processing, she was taken to yet another county jail in Florida for reasons that remain unclear.

At Baker County jail in Macclenny, Florida — a facility that also holds immigrant detainees for U.S. Immigration and Customs Enforcement — Winner was kept alone in what appeared to be a booking cell, according to the advocate who visited her, Wendy Meer.

“She’s having anxiety attacks. … It was just so detrimental to her health and made her feel like she was just thrown away.”

The isolation was particularly distressing for Winner who, just last month, received an endorsement from a federal judge to serve her remaining prison sentence at a federal medical facility to treat her mental illnesses, which she told a courtroom include depression and bulimia.

“She’s having anxiety attacks. She was having panic attacks, and she really had been doing so well not having those,” said Meer, an activist who often campaigns for Winner alongside her family. “It was just so detrimental to her health and made her feel like she was just thrown away.”

Winner’s mother, Billie Winner-Davis, said, “She had tried to get a hold of me frantically and when she finally did get a hold of me, yes, she was on the edge. She was so upset.”

The 63-month sentence Winner received in August after reaching a plea bargain with the government is, according to prosecutors, the longest handed down by a federal court to a journalist’s source charged under the Espionage Act. The law itself is a piece of World War I-era legislation used in recent years to send journalistic sources to prison even as comparable defendants get probation for “mishandling classified information.”

Winner was widely reported to be the source for a June 2016 article in The Intercept on an NSA report detailing phishing attacks by Russian military intelligence on local U.S. election officials. The Intercept received the document anonymously and has said that it does not know who sent it. (The Intercept’s parent company First Look Media has contributed to Winner’s legal defense fund since learning of her arrest.)

During her week at the Baker County jail, Winner received meals in Styrofoam boxes through her door, according to Meer, who added that Winner’s personal belongings, including her Bible, were taken away from her.

“None of us understand this. Why this type of facility? It was just the weirdest.”

Meer said that Winner’s family and advocates had no information on why she was held in isolation or whether a transportation issue prevented her from moving to her final prison placement after her sentencing in late August. “None of us understand this,” said Meer. “Why this type of facility? It was just the weirdest.”

The Baker County jail referred The Intercept to the U.S. Marshals for questions on Winner’s detention there. Lynzey Donahue, a spokesperson for the U.S. Marshals Service, said that “all we can do is verify that someone is in our custody,” declining to offer any comments on Winner’s current facility. Winner’s lawyers did not respond to a request for comment.

Though Baker County jail houses immigrants awaiting deportation on behalf of ICE — Meer said she was among a crowd of Spanish speakers during her visitation — Winner-Davis said that her daughter was not housed among immigration detainees when she was released from isolation Monday morning.

Instead of time outdoors for recreation — something important to her daughter, who prioritizes exercise to treat her “self-harming” tendencies — Winner-Davis said her recreation will include an hour of playing video games. “We celebrate the little things. This is like the Stockholm syndrome,” said Winner-Davis. “We are celebrating because she had apples this weekend. But if you think about it, she was in isolation in a cell.”

Top photo: Reality Winner walks out of a courthouse in Augusta, Ga., on Aug. 23, 2018, after being sentenced.