The president of the United States says “it’s a very scary time for young men,” now that women are unwilling to remain quiet about sexual assault. 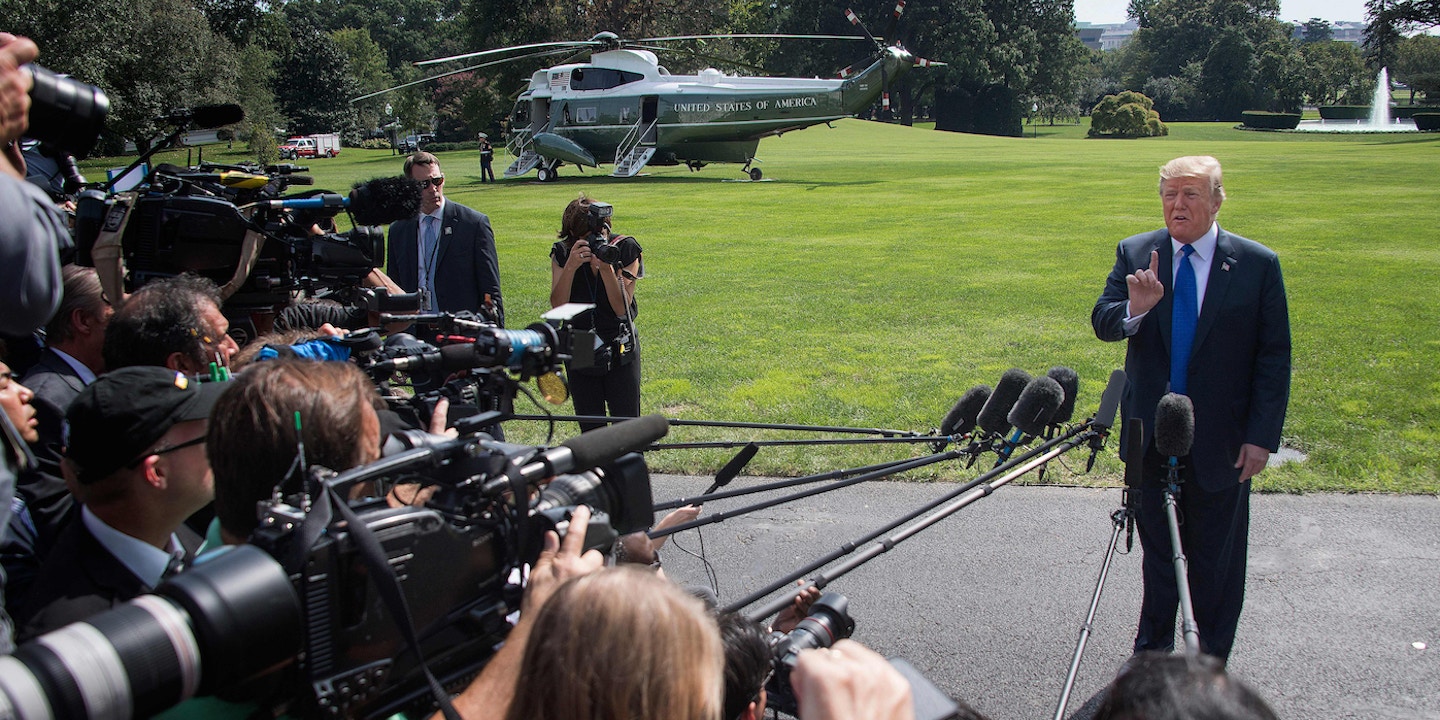 Asked to comment on the fraught national debate over the fitness of Brett Kavanaugh to sit on the Supreme Court, given credible accusations of sexual assault, President Donald Trump said on Tuesday, “It’s a very scary time for young men in America.”

Ignoring the possibility that Kavanaugh’s three accusers could be telling the truth about abuse they found too painful to describe for decades, Trump decried what he said was a new atmosphere in which men were presumed “guilty until proven innocent.”

“You could be somebody that was perfect your entire life,” Trump said, pointing at a male reporter, “and somebody could accuse you of something … and you’re automatically guilty.”

The president, who has privately boasted about getting away with sexual assault, was then asked if he had any message for the young women of America. “Women,” he replied, “are doing great.”

The president’s remark provoked anger and dismay — in the first instance, from women who know how difficult it is to come forward and be believed after being attacked by a man.

It's been a very scary millennium for women. https://t.co/rsMVt9zkZw

It's a very scary time for young women in America, you know, because 1 in 6 of us have been the victim of rape or attempted rape. #BelieveSurvivors https://t.co/c6azjCM1aK

But Trump’s complaints about a lack of due process for men also stunned people who recall the public campaign he launched in 1989 to have five black and Latino teenage boys executed for the rape of a jogger in Central Park that they did not commit.

Trump, who famously and falsely accused five Black and Latino teens of rape in the Central Park Five case, now complains that we live in a scary time for young men because "somebody could accuse you of something and you're automatically guilty." https://t.co/DLsNUhT9Fb

2018: “It's a very scary time for young men in America when you can be guilty of something that you may not be guilty of,” Trump told reporters.“You can be somebody that was perfect your entire life, and somebody could accuse you of something."https://t.co/H1ZxGjFw5w
1989: ?? pic.twitter.com/cVdYqHsaJ3

Even after DNA evidence proved that the men had all been wrongfully convicted, Trump continued to insist that they were guilty, rather than admit that he had been wrong.