“A lot of people have been played by the current Saudi leadership,” Maryland Democrat Chris Van Hollen told The Intercept. 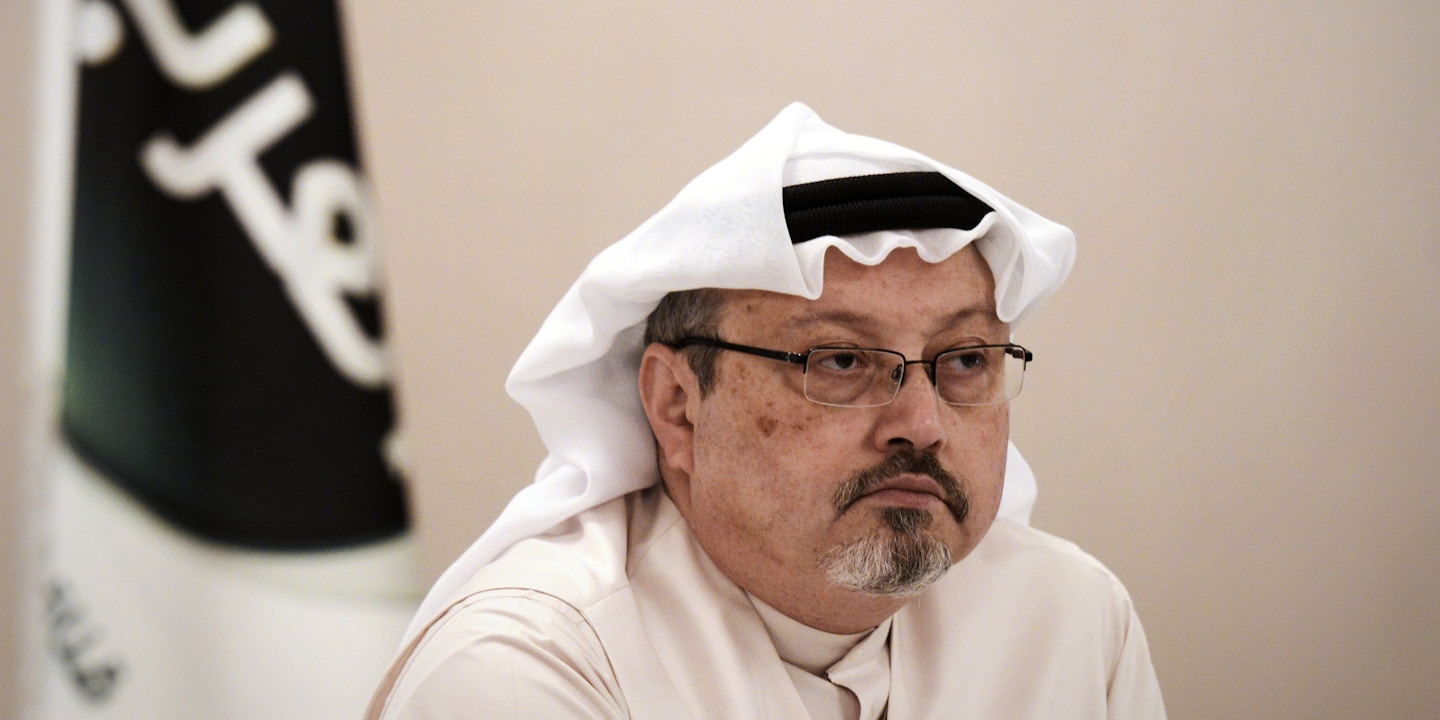 The Saudi government’s apparent arrest of dissident and journalist Jamal Khashoggi is “absolutely unacceptable” and “outrageous,” according to two influential Democratic members of the Senate Foreign Relations Committee.

On Tuesday, Khashoggi, a Saudi national and Washington Post columnist, entered the Saudi Consulate in Istanbul to pick up documentation to get married. His fiancee, who was waiting outside, told the New York Times that he had not emerged hours later, and he has not been seen since.

Khashoggi, an former insider who became a staunch critic of Saudi Arabia’s new crown prince, Mohammed bin Salman, has been living in self-imposed exile over concerns that he would be arrested during the prince’s crackdown on dissent. Saudi authorities have denied detaining him, but the Turkish government said earlier this week that he was still in the building.

“The administration really needs to step up and protect journalists and freedom of the press. This is outrageous that he’s been somehow disappeared,” Sen. Chris Van Hollen, D-Md., told The Intercept. “The administration needs to demand his release.”

Sen. Chris Murphy, D-Conn., who is also a member of the Foreign Relations Committee, said that the move called into question the relationship between Saudi Arabia and the United States. “If he has been taken by the Saudi government, it’s absolutely unacceptable and a further sign that this crackdown on free speech is getting more serious.”

He added that it is “another reason why we should probably be rethinking the political and military blank check we’ve been giving the Saudis.”

Salman’s brutal treatment of his internal critics was enabled by a well-funded and orchestrated public relations campaign in Washington, D.C., in which he was held up as a reformer in opposition to Mohammed bin Nayef, who had been next in line for the throne. That campaign was largely directed by Yousef al-Otaiba, ambassador to Washington from the United Arab Emirates, which backed Salman’s rise.

Van Hollen said that the Washington foreign policy establishment, which bought into MBS’s reformist PR campaign, must now answer for its credulity. “I think a lot of people have been played by the current Saudi leadership, and they need to demand his release right away. You also see the same play with women’s rights. They do a press release, and the next day they’re threatening to lock people up.”

Khashoggi’s release does not seem to be a priority for the Trump administration. The day after the journalist disappeared, Secretary of State Mike Pompeo talked with the Saudi crown prince about the war in Yemen, Iran, and “areas for expanding U.S.-Saudi collaboration,” according to a State Department readout of the call. The readout did not mention anything about Khashoggi’s disappearance. A State Department spokesperson told The Intercept that officials were closely following reports of Khashoggi’s disappearance and would “continue to seek information.”

A Saudi spokesperson did not respond to questions from The Intercept. Salman, in an interview with Bloomberg, denied that Khashoggi is in Saudi custody.

Khashoggi initially entered the consulate on Friday and was told to return on Tuesday afternoon to pick up his documents. Some of his friends believe he was secreted out almost immediately, before Turkish police could intervene. His fiancee accompanied him to the consulate to wait.

Khashoggi’s most recent column called on the Saudi crown prince to end the kingdom’s destructive intervention in Yemen. “The crown prince must bring an end to the violence and restore the dignity of the birthplace of Islam,” he wrote.

On Friday, the Washington Post took the extraordinary step of running blank space where Khashoggi’s column would have been. The headline of the column, “A missing voice,” sat atop a poignant byline: By Jamal Khashoggi.

Top photo: A general manager of Alarab TV, Jamal Khashoggi, looks on during a press conference in the Bahraini capital of Manama, on Dec. 15, 2014.