In her remarks to the Senate on Friday, Murkowski said Kavanaugh’s behavior failed to meet the standard set by the Code of Conduct for United State Judges. 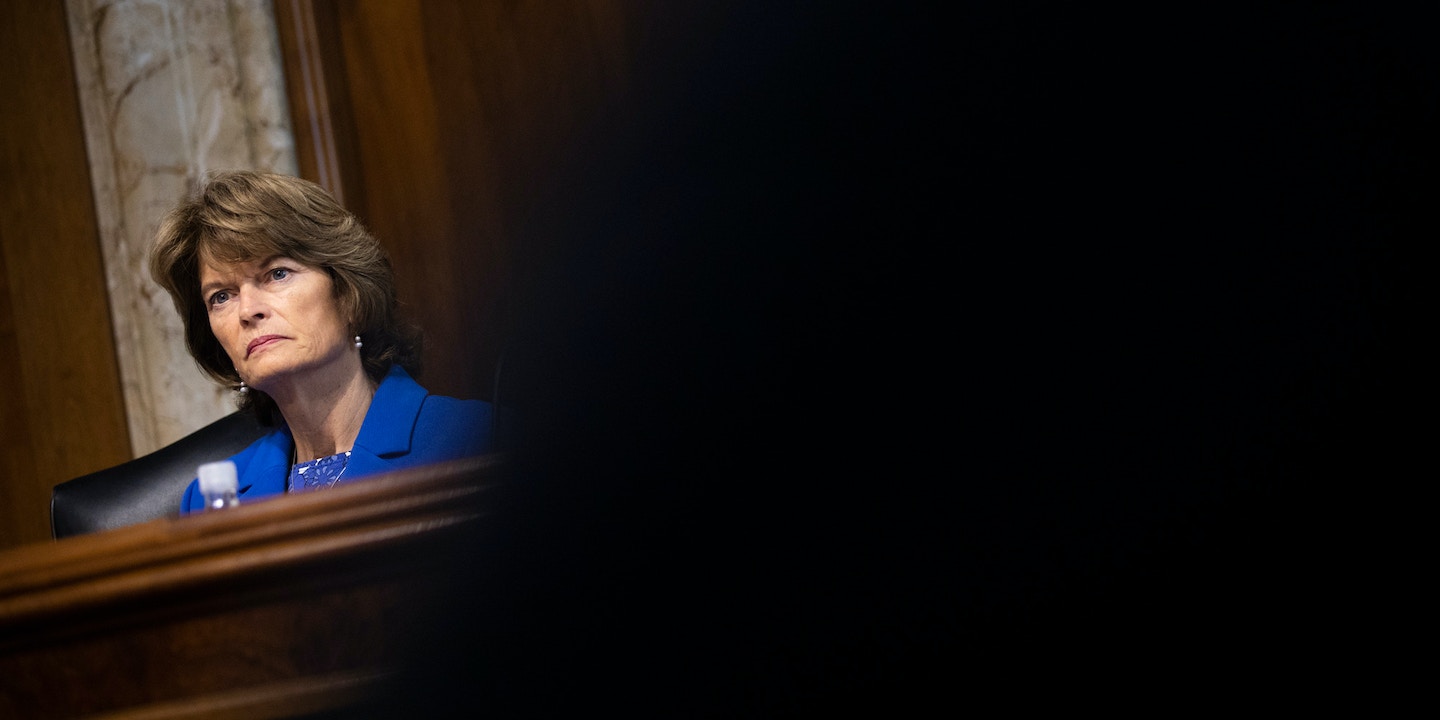 Sen. Lisa Murkowski of Alaska admitted on Friday what no other Republican senator would: The standard for joining the elite ranks of the Supreme Court is higher than “he probably didn’t attempt to rape that 15-year-old.”

For the past week, conservatives have argued that if Democrats can’t prove “beyond a reasonable doubt” that Judge Brett Kavanaugh sexually assaulted Christine Blasey Ford, he should be appointed to the Supreme Court.

But of course, this is not a trial, and it is not appropriate to apply the level of proof meant to protect criminal defendants from having their life or liberty stripped to a judicial confirmation process.

In fact, the appropriate standard isn’t even the lesser preponderance of the evidence or the “more likely than not” standard that Sen. Susan Collins, R-Maine, said she relied on in deciding to confirm Kavanaugh. That civil standard is lower because less is at stake in civil matters — one’s property can be taken away, but not one’s liberty. But even that standard is too high. As Rachel Mitchell, the prosecutor hired by Senate Republicans to question Ford, said at last week’s Senate Judiciary Committee hearing: “A Senate confirmation hearing is not a trial, especially not a prosecution,” and “there is no clear standard of proof for allegations made during the Senate’s confirmation process.”

Regardless of whether you agree that the stakes here are ultimately comparable to a (very important) job interview, as many, including myself, have argued, it is undeniable that neither Kavanaugh’s personal liberty nor property is at risk. Although his own behavior during last week’s hearing might put his reputation in jeopardy — the American Bar Association is revisiting its positive evaluation of Kavanaugh based on “new information of a material nature regarding temperament” — if Kavanaugh’s confirmation were to have failed, he would lose nothing tangible that he already had. Like Merrick Garland, whose nomination was stalled for months until former President Barack Obama was no longer in office, he would simply go back to being a judge on the second most powerful court in the country.

That being the case, it was refreshing to hear a conservative acknowledge that the Supreme Court is an institution whose members should engender a high level of respect, rather than merely meet a low bar. During her remarks Friday night, Murkowski seemed to acknowledge that the burden was not on Democrats to conclusively prove Kavanaugh was a sexual predator, but on Kavanaugh to demonstrate that he was qualified for a position that only 113 Americans have ever held — a position that has the power not only to influence the lives of millions, but also to provide an important check on the other branches of our government, and establish confidence in our political system.

“I have a very high bar for any nominee to the Supreme Court of the United States,” she began. Unlike other conservatives, who appropriated criminal law standards that were self-servingly lofty, Murkowski relied on the only truly relevant standard: the Code of Conduct for United States Judges — the nonpartisan benchmark set by the legislature — the standards to which all the senators in the chamber have implicitly signed on.

“The code of judicial conduct,” she read, “states that ‘a judge should act at all times in a manner that promotes public confidence in the independence, integrity, and impartiality of the judiciary,’ and shall ‘avoid impropriety and the appearance of impropriety.’”

“I go back and I look to that,” she said, looking at her notes as if continuing to wrestle with the words. “It is pretty high. It is really high. That a judge shall act at all times — not just sometimes when you’re wearing a robe — but a judge should act at all times in a manner that promotes public confidence.”

“The standard is that a judge must act at all times in a manner that promotes public confidence in the integrity and impartiality of the judiciary, and shall avoid impropriety and the appearance of impropriety.

“Even in the face of an overly and overtly political process, a politicized process,” she continued, anticipating a common Republican refrain, “and even when one side of this chamber is absolutely dead set on defeating his nomination from the very get go before he was even named … the standard is that a judge must act at all times in a manner that promotes public confidence in the integrity and impartiality of the judiciary, and shall avoid impropriety and the appearance of impropriety.” After Kavanaugh’s hearing testimony, Murkowski didn’t believe he satisfied that standard.

Murkowski took on the popular talking point that Kavanaugh’s partisan, red-faced remarks were justified in light of the seriousness of the accusations levied against him. “I’ve been deliberating — agonizing — about what is fair — is this too unfair a burden to place on somebody that is dealing with the worst, most horrific allegations that go to your integrity? That go to everything that you are?”

But as Murkowski later pointed out, judicial temperament is not conditional: “I am reminded that there are only nine seats on the bench of the highest court in the land. And these seats are occupied by these men and women for their lifetime. And so those who seek one of these seats must meet the highest standard in all respects at all times.”

Murkowski returned time and time again to one particular phrase from the code of conduct: “public confidence.” After Kavanaugh’s remarks, in which he called the sexual assault charges against him and the consequent hearing “a calculated and orchestrated political hit … revenge on behalf of the Clintons and millions of dollars in money from outside left-wing opposition groups,” it seemed obvious even to many conservatives that the blush of impartiality was off the rose.

In light of the failure of public confidence endemic to the Trump administration and also, said Murkowski, to the Obama years, “this judiciary must be perceived as independent, as nonpartisan, as fair and balanced in order for our form of government to function. And it’s that hope, it’s that hope that I seek to maintain. And I think that’s why I have demanded such a high standard to maintain or regain that public confidence.”

It’s remarkable that most Republicans seem to think so much less of the Supreme Court — that so many are so willing to lower the bar.

Correction: October 8, 2018
A previous version of this story stated in a photo caption that Sen. Lisa Murkowski represents Arkansas. She is a senator from Alaska. It has been updated.