Jeff Bezos is using his fortune to bring back a dark moment in American democracy. 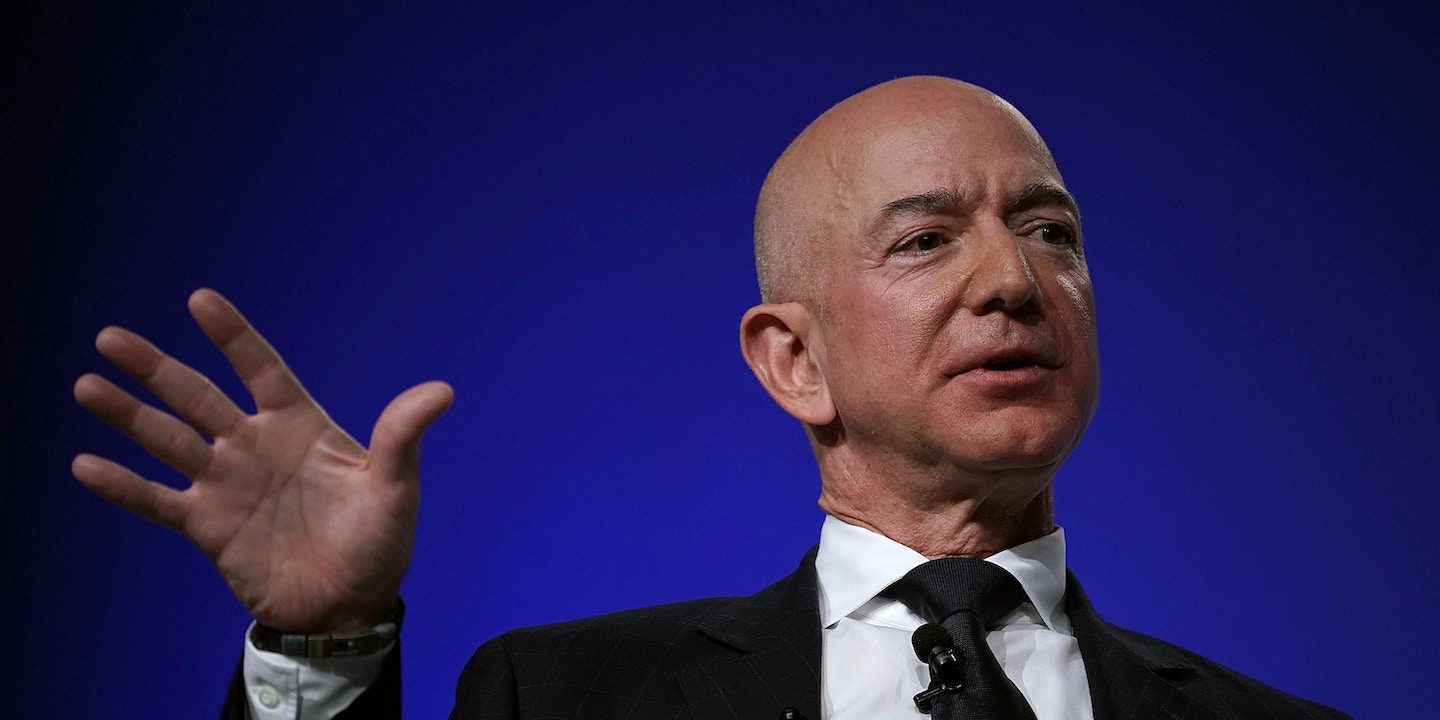 A Super PAC boosted by Amazon CEO Jeff Bezos has taken down a controversial ad that attacked a Democrat, who was then in college, as unpatriotic in the wake of the September 11 attacks.

With Honor Fund, a congressional Super PAC supporting a bipartisan array of military veterans, condemned Lauren Baer, a Democratic candidate for Florida’s 18th Congressional District, for criticizing American foreign policy decisions in the Harvard University student newspaper a month after the September 11 attacks. The Super PAC is funded with a $10 million donation from Bezos, who is also the owner of the Washington Post.

“With Honor released a political advertisement that I believe does not live up to the spirit of our organization,” With Honor CEO Rye Barcott said in a statement emailed to The Intercept. “We commit to learn and do better.”

But Barcott added that With Honor continues to support Baer’s opponent, incumbent Republican Brian Mast, even though Mast also attacked Baer for her post-9/11 editorial in his own campaign ad. Mast’s ad appears to conflict with a political pledge all endorsed candidates of With Honor must sign, vowing to “publicly reject, and seek to remove, any advertisements in support of my campaign that lie about or baselessly attack the character of my opponent.”

The ad in question, which has been removed from YouTube, opened on images of 9/11, reminding viewers that “over 3,000 innocent Americans were killed by terrorists.” It adds that “just one month later, Lauren Baer criticized our country, calling our response to 9/11, when hundreds of first responders sacrificed their lives, ‘a moment of hypocrisy.’ … If Lauren Baer couldn’t stand with us after 9/11, how could she stand for us in Congress?”

Baer’s criticisms came in a student newspaper column for the Harvard Crimson, where she wrote that “at the same time that America calls on the world to ardently preserve our sacred values, it must live up to a shameful history of having so rarely stood up for those values itself.” In general, the column supports the concept of humanitarian intervention, a natural for someone who would later become an adviser to noted liberal interventionist Samantha Power, former President Barack Obama’s United Nations ambassador.

But whatever your opinion on her post-9/11 views, the ad is a throwback to a sad moment in American history. In the months and even years after 9/11, any criticism of America’s actions in the world was deemed to be borderline treasonous. Then-press secretary Ari Fleischer warned in a briefing that Americans should “watch what they say, watch what they do.” For those who didn’t live through that time, it may be difficult to conceptualize just how closed the debate was, but the Bezos-funded ad is stark reminder of that mindset.

With Honor’s ad received national attention and denunciation. VoteVets, the Democratic pro-veteran group, cited Pam Keith, a Navy veteran and Baer’s Democratic primary opponent, who called it “disgusting to see a group that purports to represent veterans be so blatantly dishonest about someone’s love of country.” VoteVets also raised money for Baer in an email to its members.

Criticism also came from inside the organization. Mike Breen of Human Rights First resigned from his position on the PAC’s advisory board, saying “there is nothing honorable about slandering the patriotism of a former American diplomat and human rights leader.”

But Mast, an Army veteran who lost both legs in an attack in Afghanistan, engaged in exactly the same slander in his own campaign ad.

That ad featured John Napolitano, a former member of the New York Police Department whose son died as a first responder on 9/11. “While I was looking for my son, Ms. Baer was writing a paper about this country’s shameful history,” Napolitano says in the ad. “I’m proud of America’s history, I’m proud of my son, and I’m proud of Brian Mast.”

Mast also quoted Baer’s op-ed repeatedly in a debate with her last week. Baer called Mast’s attacks “a disgraceful misconstrual [sic] of what I said. … I have never questioned Congressman Mast’s patriotism and I find it deeply disgraceful that he feels a need to discredit mine.”

There’s precious little daylight between Mast’s consistent messaging about Baer and the ad With Honor took down. Yet With Honor “remain[s] strongly supportive of Brian Mast for Congress,” according to Barcott. With Honor did not respond to queries about how to square its support for Mast with the ad.

Bezos dropped $10 million for With Honor last month, and his parents have contributed $2 million to the organization in the past year. Nearly two-thirds of the PAC’s funding has come from Bezos or his family. Bezos’s ownership of the Washington Post ratchets the situation into one in which a newspaper owner is spending millions on a Super PAC that used his money to question a Democrat’s love of country. Bezos did not respond to a request for comment.

With Honor does support both Republican and Democratic veterans for Congress. They have produced ads for members of both parties, including a positive spot for Mast. The attack on Baer appears to be the only negative ad the organization has made.