Tax Havens and Other Dirty Tricks Let U.S. Corporations Steal $180 Billion From the Rest of the World Every Year

A new study shows that the corporate use of tax havens is central to how the U.S. functions and wields its power around the world. 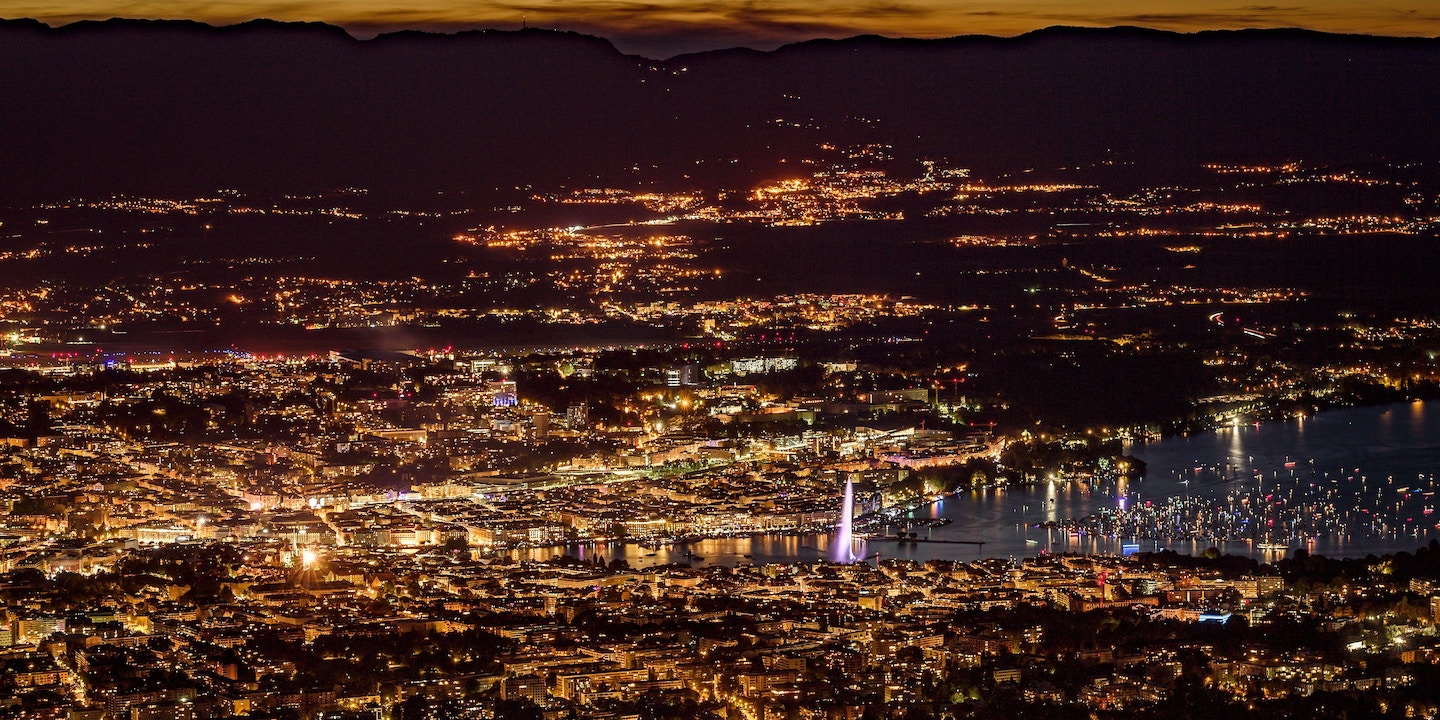 Are tax havens an enraging but tangential subject? Or do they have a powerful effect on how the U.S. economy functions and should therefore be a part of every political debate?

The startling findings of a new academic study indicate that it’s the latter. Titled “The Exorbitant Tax Privilege,” the paper is co-written by Thomas Wright and University of California, Berkeley economist Gabriel Zucman, one of the world’s top authorities on tax havens and author of the best layperson’s introduction to the subject, “The Hidden Wealth of Nations.”

The first is tax evasion by individuals, which is illegal. Think of Russian or Nigerian plutocrats transferring their assets to small Caribbean nations with strict banking secrecy laws, freeing them from the dreary necessity of paying taxes in their home countries.

The second is tax avoidance by huge multinational corporations, which — as long as the lawyers are doing their jobs — is perfectly legal. Here imagine Apple using various forms of accounting chicanery to claim that tens of billions of its profits generated in countries with normal corporate tax rates were actually all made in Ireland, where Apple had negotiated a special 2 percent tax rate for itself. (Apple has on occasion gone even further, asserting that some of its profits were made, for the purposes of taxation, in no country at all.)

Zucman conservatively estimated in his book that tax avoidance and evasion translate into hundreds of billions of dollars in unpaid taxes every year — money that, for the most part, ends up in the pockets of the world’s wealthiest people.

The Zucman and Wright paper addresses the multinational corporation part of the equation. Among their conclusions:

• As of 1970, American multinationals claimed that under 10 percent of their profits were generated in tax havens; that number is now, preposterously enough, almost 50 percent. In other words, U.S. companies want us to believe that nearly half their economic activity is occurring in places like the Cayman Islands. Goldman Sachs, for instance, has 511 subsidiaries there, yet zero offices.

By contrast, European multinationals generally say under 20 percent of their profits were made in tax havens. U.S. multinationals engage in this white shoe, three-card monte for obvious reasons: They pay effective tax rates of 27 percent on profits generated in non-tax havens, the paper finds, and 7 percent in tax havens.

• The sheer fraudulence of tax havens has reached breathtaking levels. One clear measure of whether a multinational corporation is engaging in genuine economic activity in a country is the ratio of its reported profits to wages paid: The higher the ratio, the clearer it is that profits are being illegitimately claimed in that country because of its low tax rate. In non-tax haven countries, the average ratio is 36 percent — that is, corporations report 36 cents in pre-tax profits for every $1 they paid in wages. By contrast, the ratio has been as high as 800 percent for foreign multinationals in Ireland and an eye-popping 1,625 percent in Puerto Rico.

• For decades, thanks in part to tax havens, both the statutory and effective tax rates for multinationals have been steadily ratcheted down around the world. Since the early 1990s, the rate paid by U.S. non-oil multinationals on foreign profits has fallen from 35 percent to 20 percent.

• Similarly, the tax rate paid by U.S. oil companies to foreign governments plummeted from an average of 70 percent before the 1991 Gulf War to 45 percent since — a peculiar phenomenon which, Zucman and Wright say, may reflect “a return on military protection granted by the United States to oil-producing States.” (Tax rates for oil multinationals are higher than for other corporations because hydrocarbon states have greater leverage — for example, Ivanka Trump can transfer the production of her shoe line from Bangladesh to Ethiopia, but Exxon can’t threaten to move an oil extraction project from the United Arab Emirates to Belgium.) U.S. oil multinationals are also astonishingly profitable: From 1966 to 2010, their pre-tax foreign profits accounted for over a third of all the foreign profits of U.S.-based multinationals.

Taken together, this all suggests that tax havens play a measurable role in bolstering U.S. global power. The U.S. has for decades bought much more from other countries than it has sold them, and its accumulated foreign debt is now far larger than that of any other country — about $8 trillion, or more than 40 percent of the U.S. gross domestic product. This $8 trillion is the difference between $35 trillion in foreign investments in U.S. assets and $27 trillion in U.S. investments in foreign assets.

Under normal economic logic, this should mean huge amounts of money would drain out of the U.S. economy each year, as foreigners collect returns on their American assets. Yet somehow America’s returns on our foreign assets are so much higher than foreign returns on their U.S. assets that the opposite happens — money keeps flowing into the U.S.

Zucman and Wright estimate that almost half of the difference between U.S. returns and foreign returns can be attributed to abnormally low tax rates for U.S. multinationals, which in turn are thanks to U.S. power and tax havens. If their conclusions are correct, this exorbitant tax privilege translates into about $180 billion per year, or almost 1 percent of U.S. GDP. (If 1 percent doesn’t sound like a lot to you, remember that for the past decade the U.S. economy has usually grown between just 1.5 percent and 2.5 percent per year.) In a fairer world economy, this money would largely be collected by non-tax haven foreign governments in taxes. Instead, it flows to U.S. multinationals and their shareholders.

This is a blizzard of statistics, of course. But they have many intriguing implications — ones that go beyond what Zucman and Wright’s report says — which suggest that the effects of tax havens will show up in numerous political issues to which they seem unconnected.

First, if U.S. elites were intelligent enough to understand the implications of tax havens — by no means a foregone conclusion — they would likely squelch any serious effort to eliminate them. This is not just because the wealthy disproportionately own U.S. stock and directly benefit from tax avoidance by U.S. multinationals. It’s also because shutting down tax havens could lower the returns on our foreign assets. This in turn would force the U.S. to submit to the normal laws of economic gravity and cause the dollar to weaken. This would be good for many normal Americans because it would boost U.S. manufacturing. But this would be quite unpalatable to U.S. elites because a weaker dollar makes the U.S. relatively poorer compared to the rest of the world and thus, reduces our might on the global stage. (Closing tax havens should also reduce inequality in the U.S. by reducing corporate profits.)

Then there’s the fact that the fall in corporate tax rates over the past decades isn’t over. Prior to the passage of the GOP tax bill last year, corporations theoretically were required to pay U.S. tax rates on profits booked in foreign countries when they repatriated the profits back to the U.S. (In practice, they just never brought the money home.) But the 2017 bill changed the rules. Now any money that corporations claim they made in a foreign country will only be liable for that country’s taxes. Thus, companies will have even more incentive to bogusly shift profits to tax havens. Speaker of the House Paul Ryan, R-Wis., seated at center with Senate Finance Committee Chair Orrin Hatch, R-Utah, right, presents a pen to House Ways and Means Committee Chair Kevin Brady, R-Texas, left, after signing the final version of the GOP tax bill during an enrollment ceremony at the Capitol in Washington, D.C. on Dec. 21, 2017.

There’s also the issue of who has what power in the U.S.-Saudi relationship in the wake of the murder of Jamal Khashoggi. Pundits have confidently proclaimed that because the Saudis now produce a smaller proportion of world oil than in the past, we now need them less. But U.S. elites don’t just care about Saudi influence on the price of oil, they care about U.S. involvement in the extraction and refining of all the Persian Gulf’s hydrocarbons. If the U.S. truly broke with the Riyadh, the Saudis and their similarly oil-rich Gulf allies might attempt to punish U.S. oil multinationals by turning to the oil multinationals of Russia or China.

And take the issue of statehood for Puerto Rico, something which would likely increase the power of the Democratic Party in Congress. Puerto Rico has been a tax haven for the pharmaceutical industry for decades and more recently, has been trying to market itself as a tax haven for superwealthy individuals. If Puerto Rico became a state, both corporations and a lot of hedge fund expatriates would find themselves paying U.S. tax rates, and hence, they both can be counted on to lobby extremely hard against it ever happening.

Taxes Versus Smallpox and Golf

All in all, the continuing metastasizing of tax havens around the world should be a central preoccupation of economists beyond outliers like Zucman — as well as front-page news and fascinating to everyone. Yet it’s not. Why?

Almost 100 years ago, the acerbic misanthrope H.L. Mencken wrote an essay about academic economists. The subject of taxation, Mencken said, “is eternally lively; it concerns nine-tenths of us more directly than either smallpox or golf, and has just as much drama in it.” Yet somehow, Mencken wrote, economists have made taxes and economics in general seem mind-crushingly boring.

This happens, Mencken explained, because there are many academic subjects — math, archeology, Latin grammar — about which the superrich don’t care. But economics “hits the employers of the professors where they live. … It is, in brief, the science of the ways and means whereby they have come to such estate, and maintain themselves in such estate, that they are able to hire and boss professors. … over practically every [economist] there stands a board of trustees with its legs in the stock-market and its eyes on the established order, and that board is ever alert for heresy in the science of its being.” Economists therefore have every incentive to be extremely orthodox, extremely dull, and never communicate “the violet of human interest” to the rest of the world.

We’re lucky that Zucman & Co. have ignored these incentives. “Some people in economics feel,” Zucman said, “that economics should be only about efficiency, and that talking about distributional issues and inequality is not what economists should be doing.” He’s even been accused of engaging in “French economics,” whatever that means. Fortunately, he and his colleagues continue to focus on what truly matters and have the talent to inform the rest of us.