One afternoon earlier this month, Kandahar police Chief Abdul Raziq was wrapping up a visit with the U.S. military commander in Afghanistan, Gen. Austin Scott Miller, when a man wearing the uniform of an Afghan security guard opened fire. The first bullet hit Raziq, killing him instantly. The attack also killed at least two other high-level Afghan officials and wounded three Americans, including a brigadier general. The assassinations came two days before Afghanistan’s parliamentary election, which was already being held on tenuous grounds.

Raziq had been, for many years, the most powerful man in southern Afghanistan. His job title, provincial police chief, vastly understated his remit and political sway, which went far beyond security. Indeed, few people better symbolize the arc of American experience in Afghanistan than Raziq, who rose to power through tribal affiliations, foreign patronage, and brute force. Under Raziq, Kandahar had become among the safest cities in Afghanistan; in recent years, I slept better there than I could ever have hoped to in Kabul. But that peace extended only to certain foreigners or Afghans from the right tribe, living in the right neighborhoods, affiliated with the right political factions.

Despite incontrovertible evidence that Raziq and his men frequently violated the rights not only of their enemies but also of the public they claimed to serve, many news stories about his death described him as charismatic, fierce, and stalwart — a larger-than-life figure, a bulwark against the Taliban whose absence would create a terrible void, unleashing unforeseen violence and shattering southern Afghanistan’s fragile peace. In these laudatory accounts, Raziq has been praised for fighting our war against the Taliban and for keeping Kandahar safe, but few stopped to ask who that security was for, and what it had cost the rest.

Raziq was a classic product of America’s failed policy in Afghanistan, wherein personalities have been propped up over — and sometimes at the expense of — institutions. Of the $557 billion America spent in Afghanistan from 2001 to 2011, just 5.4 percent went toward governance. Most of the money was spent on security, which enriched men like Raziq.

Instead of building up the Afghan state, the U.S. and its NATO allies supported local strongmen like Raziq, providing short-term security at the cost of meaningful state-building. By financing and encouraging extralegal militias, NATO undermined the very government institutions it sought to strengthen. By bypassing law enforcement and running operations with private militias, the U.S. Special Forces created a culture of impunity, in which corruption and the drug trade flourished. Raziq and his militia were seen as a means of winning against the insurgents, and the existence of men like him was framed as a necessary evil, even as torture and extrajudicial killings went unchecked.

Some Afghanistan watchers have expressed concern that Raziq’s death will demoralize the Afghan security forces and damage attempts at peace talks with the Taliban. But it is the very existence of men like Raziq — men who built their careers brutalizing not only the Taliban, but also the public — that is a practical impediment to negotiations. It’s possible that Raziq’s death may pose a challenge to Kandahar’s stability in the short term. But in the long run, it may provide an opening for real progress toward peace. Gen. Abdul Raziq, center, poses for a picture during a graduation ceremony at a police training center in Kandahar province on Feb. 19, 2017.

Raziq was born in 1979 in Spin Boldak, 60 miles east of Kandahar city, where he died. He came from the Adozai branch of the Achakzai tribe of the Pashtun ethnic group, which is to say from a line of men who had fought a long and bitter battle against the Taliban in the mid-1990s, lost, and fled. The Taliban hanged Raziq’s uncle Mansour from the barrel of a tank.

Those years instilled in Raziq a lifelong animus toward the Taliban, which was exactly what qualified him to be one of America’s primary allies in the so-called war on terror. His unimpeachable anti-Taliban credentials helped catapult Raziq from tribal leader to commander of the border police, a job that put him in charge of swaths of ungovernable space between Afghanistan and Pakistan where most of the world’s opium is traded. This is where Raziq began amassing his fortune, allegedly through cross-border drug trafficking.

In April 2011, Kandahar’s then-police Chief Khan Mohammad Mujahid was killed in a suicide attack. With strong backing from the Americans and Asadullah Khalid, a former Afghan spy chief and another key U.S. ally, Raziq moved in to lead Kandahar’s police department. That July, Ahmed Wali Karzai, longtime CIA client, chair of the Kandahar Provincial Council, and brother to then-President Hamid Karzai, was assassinated by his own bodyguard. Karzai, like Raziq, was far more powerful than his modest title suggested. With him gone, Raziq took over as de facto king of Kandahar and its surrounding villages, orchards, and mud flats. For the next seven years, governors came and went, as did mayors and nearly every other local official, but Raziq remained the uncontested ruler of Kandahar.

Rumors of graft dogged Raziq, but more alarming than the corruption were accusations that he was responsible for forced disappearances, torture, and extrajudicial killings. Raziq was implicated in mass murders, including the 2006 revenge killing of 16 rival tribespeople in Kabul, who were characterized in press accounts as Taliban commanders killed in battle. In and around Kandahar during Raziq’s tenure, Taliban fighters would be found with their hands tied and shot in the back of their heads.

Nevertheless, Washington continued to partner with Raziq, providing him and his men with assistance, training, intelligence, and weapons. This was not only unseemly, but also illegal. The 1997 Leahy law bans American funding of foreign military units accused of human rights violations. Yet Raziq continued to be America’s most important ally in southern Afghanistan. Under both Presidents George W. Bush and Barack Obama, the U.S. military relied on him heavily in its ongoing fight against the Taliban.

It wasn’t until recently that the cumulative effect of these charges started to catch up with him — somewhat. Last year, the United Nations Committee Against Torture called for Raziq’s prosecution over allegations that he was personally involved in gross human rights abuses against captives, including suffocation, genital mutilation, pumping water into people’s stomachs, and administering electric shocks, not to mention enforced disappearances, arbitrary detention, and worse.

When I lived in Afghanistan between 2013 and 2017, we often heard apocryphal-seeming stories about Raziq — that he punished his enemies by forcing them to kiss overheated car mufflers or drilling holes into their heads. Most did not meet the evidentiary bar, but some turned out to be true. In certain circles, Raziq’s name became a byword for the trade-off the West had made in choosing security over justice or human rights. The Western intervention in Afghanistan was meant to be in the name of democratic values. Instead, we were propping up men like Raziq, who turned his home province into a police state.

I met Raziq once, during the drawn-out presidential election of 2014. He came to a breakfast in honor of then-candidate Abdullah Abdullah. Raziq was small in stature and buck-toothed, giving the overall impression of an off-duty chipmunk. That a provincial police chief would show up for breakfast with a presidential candidate and then be obsequiously attended by supplicants who eagerly sought to have their photos taken with him spoke to the complicated relationships between members of Afghanistan’s ruling class, not to mention the uncontested reach of Raziq’s power.

There were many others like him, in fact. His was just the latest in a string of assassinations that have brought down scores of Afghan strongmen, including Raziq’s counterpart in a neighboring province, Matiullah Khan; Burhanuddin Rabbani, a Northern Alliance leader; and Gen. Mohammed Daud, an influential commander. That these men have all been murdered in similar ways is evidence of the Hobbesian world in which they lived.

In Kandahar alone, Raziq’s predecessor as Kandahar police chief, Mujahid, was appointed after his own predecessor, Matiullah Qahteh, was killed by a U.S.-trained militia group at the CIA base in Kandahar. The attack that killed Raziq last week also claimed the lives of provincial spy chief Gen. Abdul Momin and Kandahar Gov. Zalmai Wesa.

So it goes. In the wake of Raziq’s killing, his younger brother Tadeen Khan took over as Kandahar police chief. 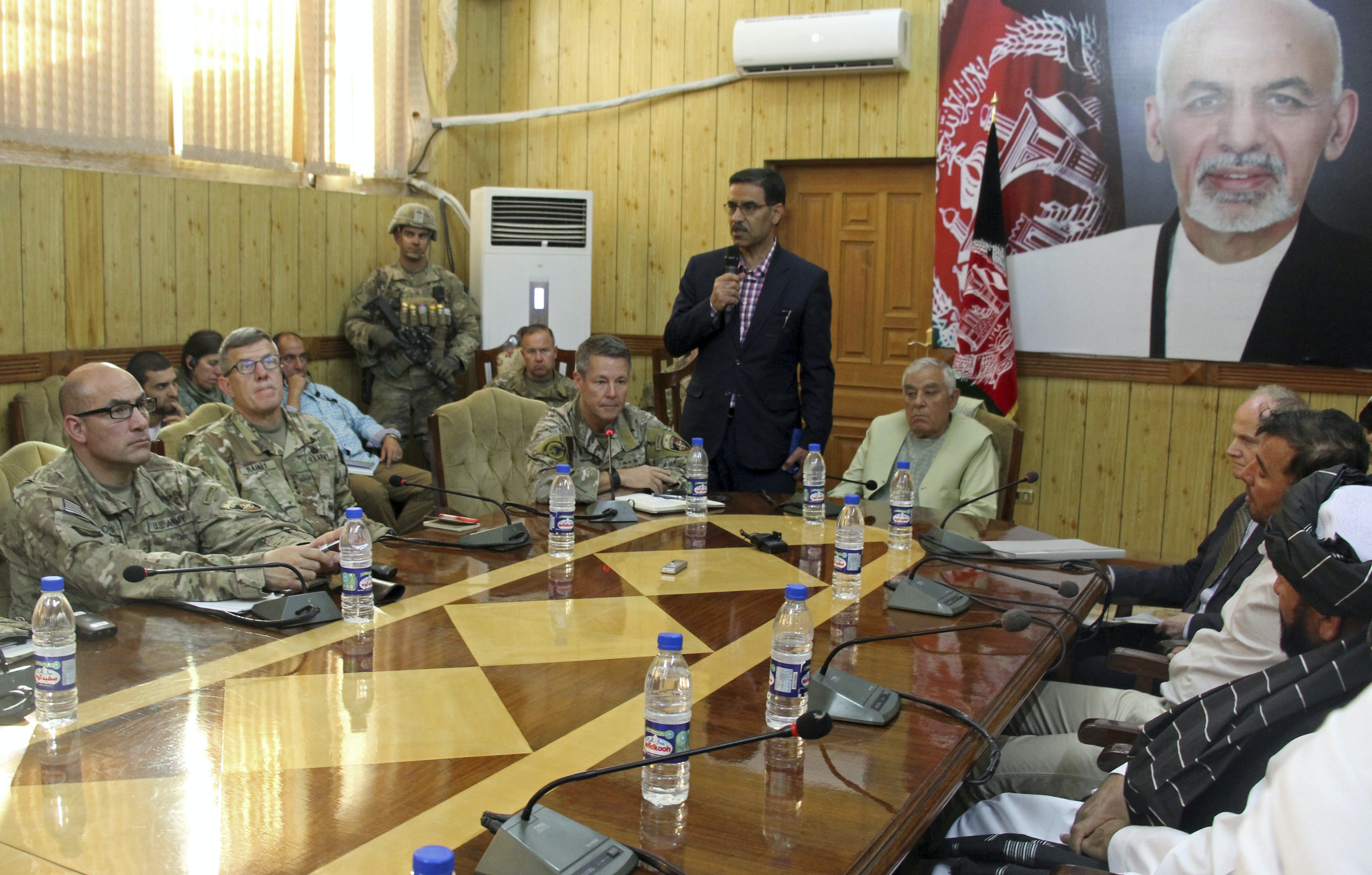 In a 2015 interview with the New York Times, Raziq bitterly accused certain factions within the Afghan High Peace Council, the body responsible for establishing negotiations with the Taliban, of offering him up to the insurgents as a way of convincing them to come to the table. There is no doubt that the Taliban wanted him dead. According to sources close to the insurgents, the target of the October 18 attack was not Miller, America’s top commander in Afghanistan, but Raziq.

When this chapter in the history of the U.S.-Afghan relationship is finally written, it should be known that Raziq fought our war against the Taliban, but also that this does not make him a hero. It should also be known that the actions of Raziq and other U.S.-backed strongmen have ensured that Afghanistan continues to be a country where the weak live at the mercy of the strong. Men like Raziq have hindered, as much as they have helped, the peace process. With Raziq gone, there has never been a better time to push for an end to this war. If the U.S. is serious about peace, it will use this moment to find a new way forward. 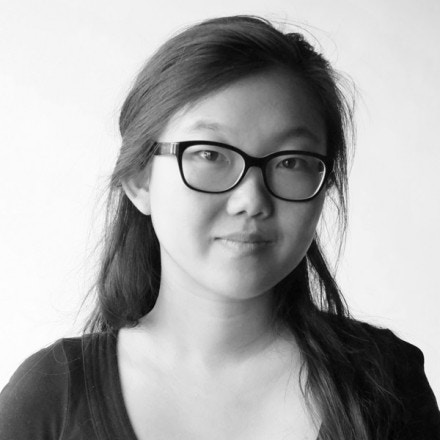