Total Democratic Control of Colorado Comes Down to Five Women

Colorado is just two Senate seats away from achieving a Democratic trifecta — unified control of the state House, Senate, and governor’s seat. 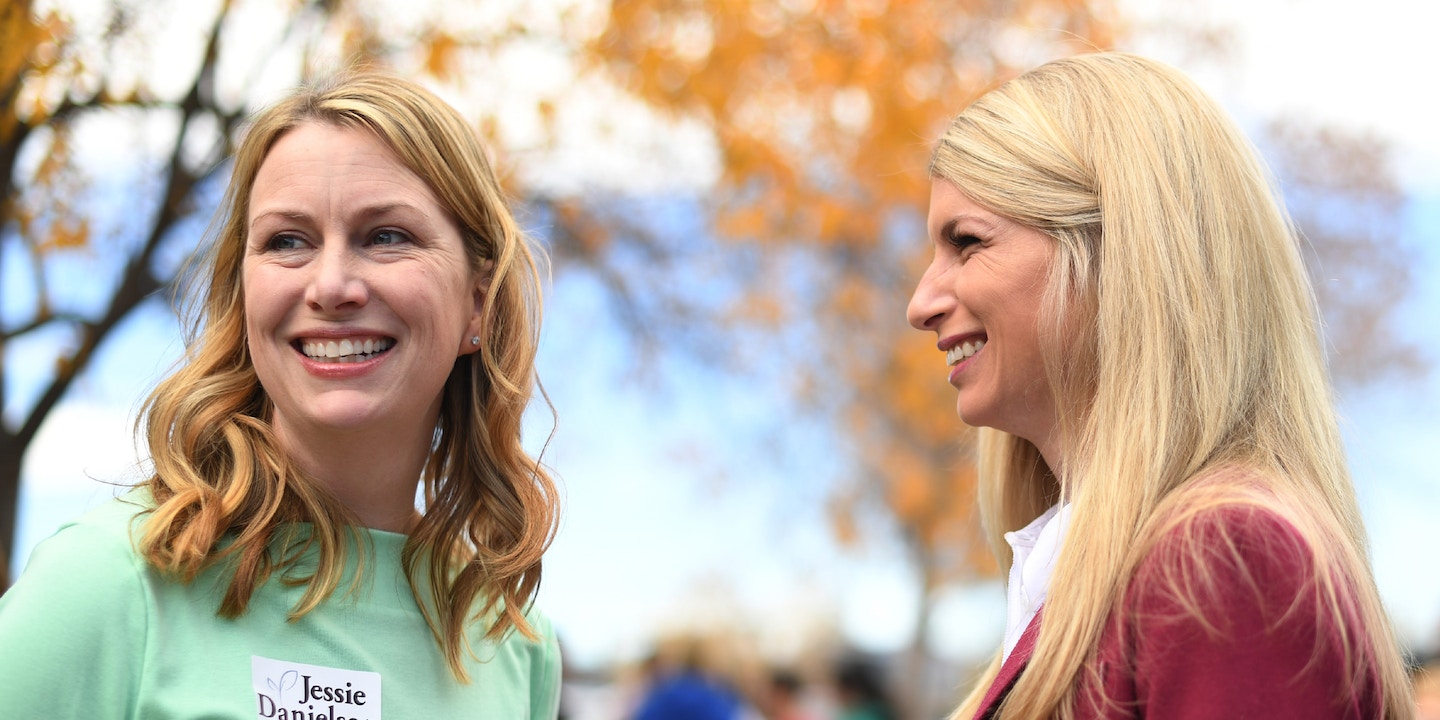 Heading into Tuesday’s election, the state of Colorado is just two Senate seats away from achieving a Democratic trifecta — unified control of the state House, Senate, and governor’s seat. That path to a majority may depend on five Democratic women, four of whom need to win for the chamber to flip.

Republicans, hoping to salvage a sliver of power in the state, have dumped over $1 million into the races in a burst of spending that is extraordinary for statehouse elections.

The women wouldn’t usher just a Democratic majority, but the first of its kind: a majority of the state Senate Democratic caucus would be made up of women.

Rep. Brittany Pettersen, one of the five women, said the new majority would change the Capitol’s culture of workplace harassment and break up the “old boys’ club.” “Electing women isn’t just about checking a box,” Pettersen said. “It’s about ensuring that people in positions of power are going to be a voice and perspective that is absolutely needed. It’s not just enough to have allies at the Capitol, which we need in men. We also need to be there, fighting for these policies because we’re going to fundamentally change what that actually looks like, ensuring that we meet the needs of the women in Colorado.”

The party is expected to hold the state House, and Jared Polis, the Democratic nominee for governor, has a double-digit lead in polls. The five women who will determine the direction of Colorado’s future are Pettersen in Senate District 22; Rep. Faith Winter in SD24; Tammy Story in SD16; Rep. Jessie Danielson in SD20; and Sen. Kerry Donovan in SD5.

Winning unified control of the state would open up opportunities both big and small. The Senate could finally pass, for example, a bill introduced several years in a row by Democrat Steve Fenberg to ban gay conversion therapy for minors. Pettersen, in the state House, has been working on a retirement security bill that could finally become law.

Some of the other bills Democrats are “excited to get across the finish line” deal with paid family leave requirements, K-12 education investment, and affordable housing. And with the threat Supreme Court Justice Brett Kavanaugh poses to women’s reproductive rights, these five candidates would ensure that women in Colorado still have access to safe abortions should a post-Roe v. Wade America come to pass.

Electing the five candidates means “that we will be fierce advocates at the Capitol for issues that affect women, like equal pay for equal work, access to birth control, access to safe and legal abortions, making sure that we’re addressing early childhood education, and significantly investing in our K-12,” Pettersen told The Intercept.

Of the five races, three of the seats are currently controlled by Democrats and need to be kept in order for the party to take control, while the other two are in GOP hands.

If the candidates were focused solely on running against their opponents instead of battling special interest groups with seemingly endless funds, Pettersen said, there “wouldn’t even be a question of who would win. … Unfortunately, they are dumping millions of dollars on our heads right now trying to buy these seats.”

The oil and gas industries have spent unprecedented amounts of money on state-level seats this election cycle, and the Koch brothers are also spending heavily to fend off Democratic candidates. In SD24 alone, where Democratic Rep. Faith Winter is vying to unseat Republican incumbent Sen. Beth Martinez Humenik, Republicans have spent nearly $1 million on television advertisements throughout the campaign.

The story of these five candidates is particularly remarkable not only because they are running in the midst of the #MeToo movement, but also given the sexual misconduct allegations against their colleagues that engulfed this year’s legislative session.

Winter essentially risked her political career when she came forward last year with her own allegations of sexual misconduct against a colleague, which led to his expulsion from the House. In early March, House members voted 52 to 9 to oust Rep. Steve Lebsock. In total, six different Colorado state lawmakers were accused of sexual harassment or misconduct.

Now, Winter is up against an opponent — Humenik — who refused to vote for the expulsion of a different colleague accused of sexual misconduct, state Sen. Randy Baumgardner. Though neither Winter nor Humenik is focusing on the issue of sexual harassment in their campaigns, whoever ends up winning the seat would directly influence how the Capitol addresses issues of harassment and misconduct in the future.

Story, a longtime public education advocate, is running in SD16 against Republican incumbent state Sen. Tim Neville, one of the most conservative members of the legislature. A staunch anti-abortion lawmaker, Neville has tried to end a state program credited with decreasing both teen pregnancy and abortion by more than 50 percent each, and has sponsored legislation to make women wait 24 hours before getting an abortion.

Story was also one of the candidates included in the first round of fundraising in a project by Data for Progress, a left-wing think tank. The initiative asked individual donors to “give smart,” pinpointing the eight state legislative campaigns across the country most likely to determine the direction of the chamber. It allowed contributors to split their money between the candidates equally or decide themselves how to allocate it. Story has the backing of heavyweights like former President Barack Obama and former Vice President Joe Biden, and groups like AFL-CIO, MoveOn, EMILY’s List, and the American Federation of Teachers Colorado.

The Data for Progress fundraising push brought in some $55,000 for Story.