The origins of Fox News’s insidious role can be traced to a 1970 memo from the Nixon White House and Roger Ailes. 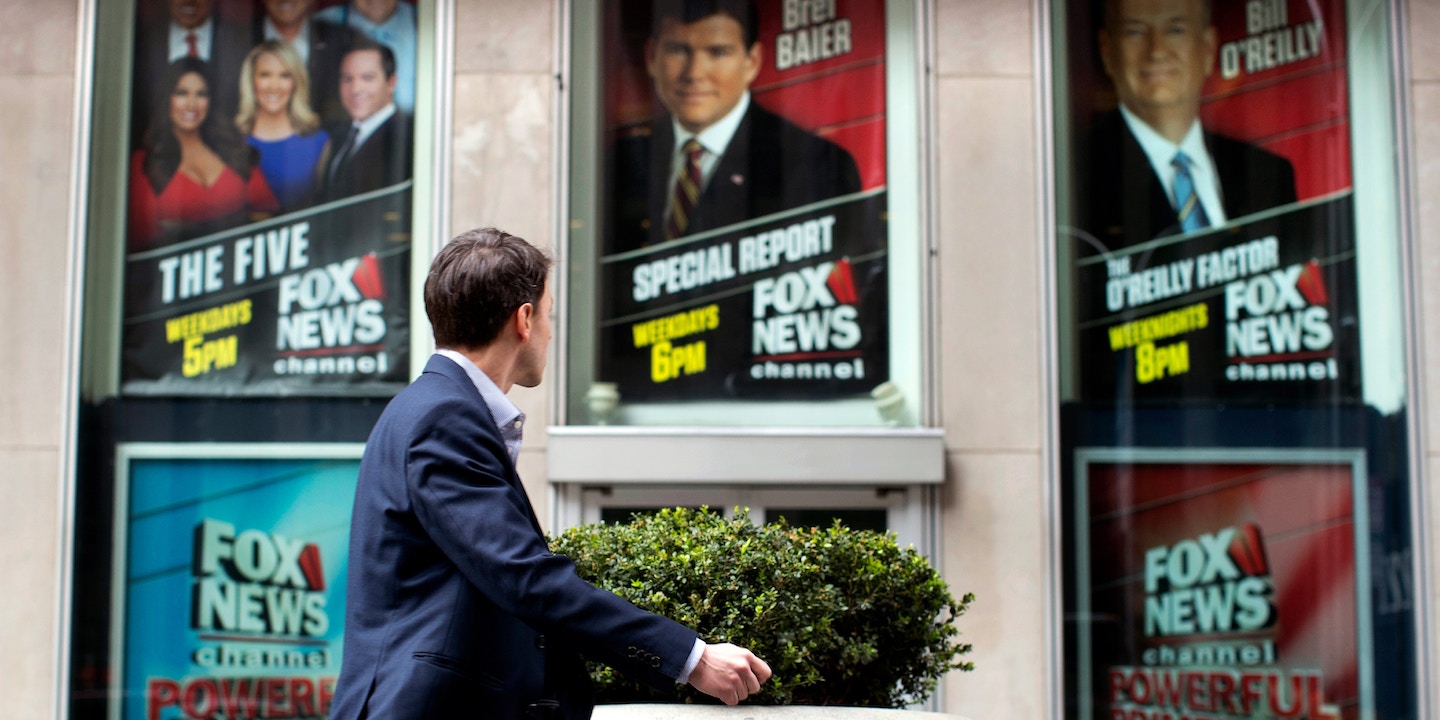 How did we get here? Why is America a country where, in just one week, two African-American senior citizens were gunned down in Kentucky, pipe bombs arrived in the mailboxes of over a dozen prominent liberals, and 11 members of a Pittsburgh synagogue were slaughtered at a bris?

Our current reality only makes sense if we comprehend Fox News and its origin story, revealed in a startling 1970 memo from the Nixon White House.

President Donald Trump and the White House have strongly denied that he bears any responsibility for this streak of atrocities. In a sense, they’re right. If there’s popcorn on the stove and you turn up the heat, there’s no way to say you made any individual kernel explode. It might have happened without you. It’s easy to imagine the three recent perpetrators doing exactly the same things under a President Hillary Clinton.

On the other hand, it’s nearly impossible to conceive of all the politicized violence happening without Fox News. In the popcorn analogy, Fox may not have turned on the stove, but it has lovingly provided steady supplies of gas every day since its founding in 1996. It’s tough to miss how Cesar Sayoc’s vehicle looked like Fox News in van form.

Fox is America’s central clearinghouse for hateful conspiracism, including the violent delusions that animated Sayoc and Robert Bowers. A rich cosmopolitan Jew is scheming to help dangerous foreigners invade and despoil the homeland. Barack Obama, Tom Steyer, and Robert DeNiro are trying to destroy America for reasons known only to themselves. Black people want to steal everything for which you’ve worked so hard.

The problem with Fox isn’t just what it puts on its airwaves, but the impact it has on others. It pressures the corporate media to give credibility to its lurid fairy tales. It provides oxygen to the even more paranoid fantasists to its right, turning individuals into stars and other outlets into sustainable projects. And amazingly, Fox has nonetheless managed to present itself as a normal news outlet, like a cuckoo’s egg in a dunnock nest, mimicking the form with radically different content.

The fact that Fox has pulled this off is especially remarkable because we know how it was created, and why.

In 2011, Gawker obtained the 1970 White House memo from the Nixon presidential library, titled “A Plan for Putting the GOP on TV News.” (The original Gawker article about it is still online, but thanks to technologist Peter Thiel’s successful attempt to destroy Gawker, the memo itself disappeared from the internet. The Intercept today is republishing it.)

When the memo was published by Gawker, historian Rick Perlstein said he believed it was written by Chuck Colson, a special counsel to the president during the Nixon administration who pleaded guilty to obstruction of justice during Watergate. The memo makes the case that Republicans needed to avoid the “prejudices of network news selectors” and get the GOP perspective on TV. Why? Because Americans are stupid, and they could take advantage of that:

“Today television news is watched more often than people read newspapers, than people listen to the radio, than people read or gather any other form of communication,” the memo states. “The reason: People are lazy. With television you just sit — watch — listen. The thinking is done for you.” [emphasis in original]

At the time, there was no such thing as cable television, just the networks and local news. The memo said that the operation could “provide pro-Administration, videotape, hard news actualities to the major cities of the United States.” That is, they would shoot and edit video segments that looked like news and provide them for free to local stations, which would hopefully run them without revealing their origins.

The handwriting of Roger Ailes, the founder of Fox News, is, as Gawker pointed out, literally all over the memo. Ailes, then a paid adviser to the Nixon administration, wrote in the margins that it was an “excellent idea” — one that “should be expanded.” Indeed, Ailes said, he’d like to run it.

Ailes got the job, although the project never came to fruition in that form. As another Nixon White House memo put it, “Ailes will probably be doing more work in this area.” He tried again a few years later with “Television News Incorporated” with funding from the beer magnate Joseph Coors. The political views of Coors, who was a prominent financial supporter of Barry Goldwater and Ronald Reagan, were described by his brother as “a little bit right of Attila the Hun.” It was at TVN that Ailes first began using the slogan “Fair and Balanced.” 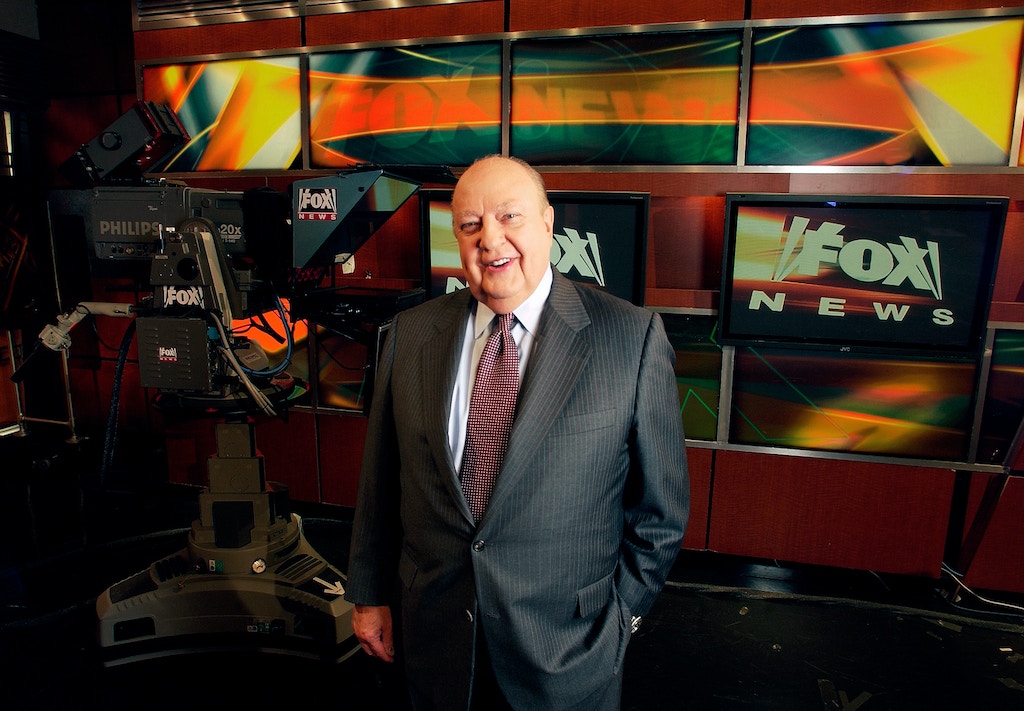 TVN died in 1975. But Ailes kept on chugging at the intersection of the Republican Party and television, working on the 1984 Reagan presidential campaign and the George H.W. Bush presidential campaign in 1988. He briefly was president of CNBC and created “America’s Talking,” a cable network that eventually became MSNBC. Finally it all came together — Ailes’s vision, the timing, the technology, and the money — when the media billionaire Rupert Murdoch put up the money to start Fox News in the middle of the Clinton administration. Before long, Fox was sucking up the effluvia of the GOP’s most feverish swamps and sluicing it directly into America’s homes.

All the while, Ailes was constantly coordinating Fox’s messaging with the top members of the GOP. According to Gabriel Sherman, author of an Ailes biography, during the Obama administration “the right-wing media and the Republican Party started to fuse into this single entity.” In 2016, Fox helped make Trump, Ailes’s longtime friend, president of the United States. Sherman says “there’s almost no daylight now between the agenda of the White House and the agenda of Fox News. … Trump is the logical conclusion of entertainment and right-wing media taking over the Republican Party.” President George W. Bush speechwriter David Frum has concluded that “Republicans originally thought that Fox worked for us, and now we are discovering we work for Fox.”

Or as Max Boot, another disillusioned conservative, writes, “The frightening thing is that the right-wing media will be here long after Trump and the current crop of Republican politicians are gone.” And hence eruptions of random, terrifying reactionary violence will endure as long as Fox and its friends do.