ICE arrests of immigrants at or near New York City courthouses have spiked dramatically in recent months. 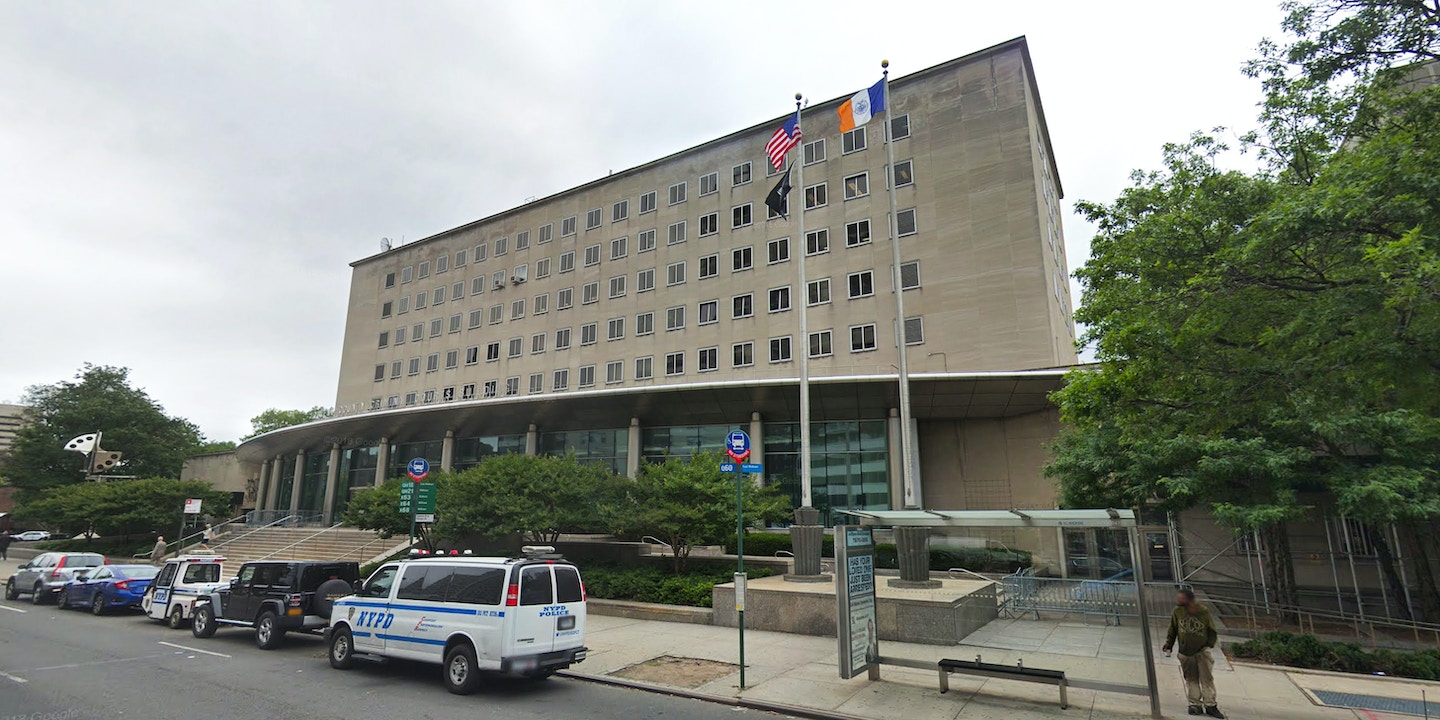 Arrests of immigrants at or near New York City courthouses by Immigration and Customs Enforcement officers have spiked dramatically in recent months, according to a leading advocacy organization tracking the practice.

While these highly controversial operations have drawn outrage from defense attorneys, who argue that turning courthouses into hunting grounds for arrests perverts and undermines the role of the court as a place to seek justice, the arrests themselves are rarely seen by the outside world.

That changed on Thursday, when a bystander outside the Queens County Criminal Court filmed a crew of plainclothes ICE officers, in coordination with New York state court officers, dragging a man into an unmarked vehicle as he attempted to enter the court.

#ICEinCourtAlert: Yesterday, three plain-clothes ICE agents violently arrested a man before his court appearance in Queens, with three NY State court officers present, as the man pleaded "Why are you doing this?!" ICE never identified themselves. IDP obtained video. pic.twitter.com/3PRMrsuJYj

“Why are you doing this to me?” the man yelled, as roughly a half-dozen officers took him into custody.

“Who is this?” a woman off camera asked.

With his hands cuffed behind his back, the man was pushed into a white Dodge.

“Why you do this to me? Why?” the man asked again, before being taken away.

Joshua Epstein, supervising immigration attorney at Queens Law Associates, confirmed that the man was a client of his organization. Though the public defender organization declined to provide the man’s name for privacy reasons, Epstein told The Intercept that they had confirmed that his arrest was carried out by ICE. The man was appearing in court for a misdemeanor, he said, and he was on a path toward a noncriminal disposition. ICE did not respond to a request for comment on Thursday’s arrest.

“This one example is just one of many where someone was just trying to access his due process rights in criminal court and wasn’t able to,” Epstein said. Had the man appeared in court, he likely would have been able to settle his case without producing a criminal record, Epstein explained, but now that he is in immigration custody, the situation becomes far more complicated. “One of the problems now, when someone is in ICE detention, is that we have to request writs for the people to produce the client in criminal court on their next court date, which may or may not happen.”

Once in immigration detention, Epstein went on to say, clients are effectively cut off from meaningful programs that they would otherwise have access to before pleading to a noncriminal violation. “When you’re in detention, you can’t access those programs, so your plea offers get much worse,” Epstein said, adding that if an individual is in immigration detention, an open criminal case also makes “meaningful deportation relief” all but impossible to obtain.

Since President Donald Trump’s first week in office, in which he signed an executive order effectively making every undocumented immigrant in the country a priority for deportation, immigration advocates in New York City have seen a marked increase in arrests in and around courthouses. With New York’s status as a “sanctuary city,” ICE cannot trawl through local jails in order to locate deportable immigrants, and the agency has argued that courthouse arrests have become more necessary. Those arrests have skyrocketed in recent weeks, according to the Immigrant Defense Project, a legal advocacy organization that has long tracked the agency’s tactics. That work has included the documentation of a 1,200 percent increase in courthouse arrests from 2016 to 2017, and an interactive project mapping ICE raids across New York City.

“We’ve gotten 23 reports of ICE operations over the last month, which is more than double the previous month,” said Lee Wang, a senior staff attorney at IDP who tracks courthouse arrests. The influx of new reports from lawyers and legal organizations has been overwhelming, Wang said, with calls coming in almost daily. “Over the past couple of months, we’ve seen a pretty alarming escalation in ICE operations, both in terms of the number of arrests that they’re making around courts in New York City, and throughout the state really, but also just in their tactics,” Wang said. “They’re getting much more aggressive. I think this video speaks for itself — there are six people who are holding somebody down, but in the past couple months, we’ve heard reports of ICE following people into bathrooms, following their family members, eavesdropping on attorneys, and getting very physical and basically engaging in assaults on attorneys and family members.”

“I think that the longer that this goes unchecked, the more that ICE thinks that they have carte blanche to do what they want in the courts,” she added. Epstein said the heightened intensity of ICE’s operations tracks with what his organization has been seeing in Queens. “The last two weeks have just been awful,” he said, adding that his organization has seen ICE operations in courts happening on a nearly daily basis.

Both Wang and Epstein noted that it is all but impossible to predict who precisely ICE will target, though Epstein said the “vast majority” of clients targeted appear to be individuals whose personal data has been logged by the Department of Homeland Security or one of its component agencies. As The Intercept reported in April, something as simple as having fingerprints taken during an encounter with the New York City Police Department appears to be sufficient for routing an individual’s personal identifying information to ICE.

According to Wang, the lack of predictability makes the job of defense attorneys all the more difficult. “They are just as likely to go after an undocumented person who has no prior criminal history who’s there on a trespass charge, as they are to go after a longtime lawful permanent resident with felony charges,” she said. “There’s really no rhyme or reason to who they’re targeting. Particularly in a very, very immigrant-heavy borough like Queens, what that means on a daily basis for defenders is they have dozens of clients who could be at risk.”

Echoing a concern felt by New York defense attorneys since courthouse arrests became a prevalent Trump-era strategy, Wang said the active participation of New York state court officers in Thursday’s arrest was particularly alarming. “Federal law does not require or compel state court officers to assist in these arrests. Period. There is no provision of federal law that requires them to do this. And so why are court officers proactively assisting?” she said. IDP is currently pushing a piece of model legislation, known as the New York Protect Our Courts Act, aimed at placing “significant restrictions on civil arrests of those attending court.”

“I think it would fix a lot of problems,” Wang said. “We’re hopeful.” Until that time comes, ICE is likely to continue arresting people at courts. In Epstein’s words, “it’s just like this crazy, rogue security force — no warrants, no meaningful identification, no probable cause for warrants, completely unmarked cars, just sort of snatching people.”