Ben Jealous didn’t lose because he ran on “Medicare for All” or a $15 minimum wage; rather, his campaign couldn’t raise enough funds to compete effectively. 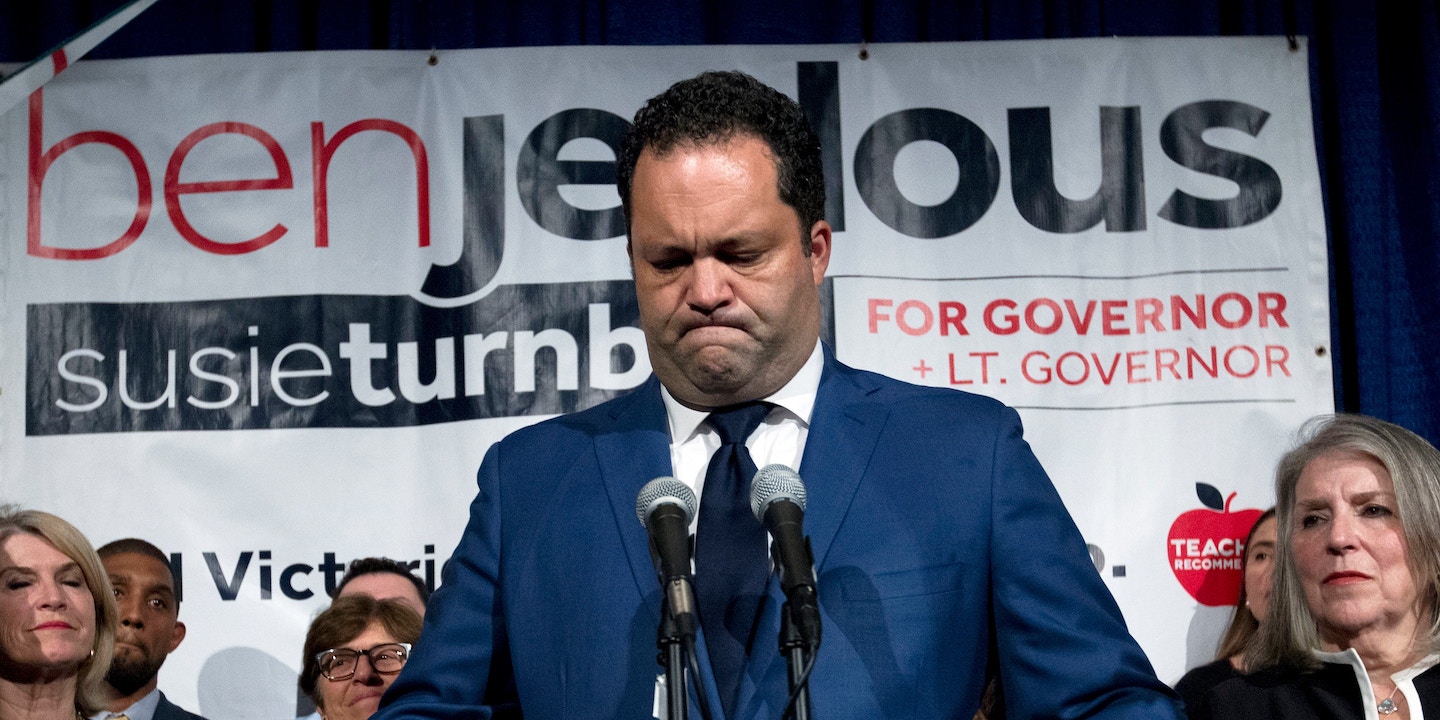 Last night, Ben Jealous, the Democratic candidate for governor in Maryland, lost his race to incumbent Republican Gov. Larry Hogan, 56 percent to 43 percent. Jealous would have been Maryland’s first African-American governor and was running on one of the most left-wing policy platforms in the country,

Although polls had been showing Hogan with a significant lead for months, progressives hoped a strong blue wave on Election Day could bring about a major upset. After all, Democrats outnumber Republicans by a 2-1 ratio in Maryland.

But Jealous didn’t lose because he ran on issues like “Medicare for All,” a $15 minimum wage, and legalizing marijuana. In fact, voters in Maryland largely agree with Jealous on his signature policy issues. A Goucher College survey released in mid-September found that 54 percent of Maryland residents hold a favorable opinion on “Medicare for All” or single-payer health care, with 33 percent holding an unfavorable view. Support for other key parts of Jealous’s plan polled even higher. Seventy-one percent of Marylanders support raising the statewide minimum wage to $15 dollars per hour, with just a quarter of residents against it. This was actually a substantial jump from February, when Goucher found 66 percent of Marylanders supported the $15 minimum wage. On legalizing marijuana for recreational use, 62 percent of Maryland residents support it, with just one-third opposed.

The primary reason Jealous lost is that his campaign couldn’t pull in the necessary funds to compete effectively. Despite winning 22 out of 24 counties in the state’s crowded Democratic primary, the Jealous campaign’s own internal polling revealed that as of July, one-third of Maryland voters, and one-quarter of the state’s Democratic voters, did not know who Jealous was. He had never run for office before, but had earned the teachers union’s endorsement in the primary, which many believe helped secure him his June victory.

Meanwhile, Hogan started out with a big fundraising advantage and a high approval rating. Although Jealous assumed he could turn things around after Labor Day, by then it was too late to change the narrative.

At the end of August, Hogan had $9.4 million to spend for his re-election campaign, compared to Jealous’s mere $385,000. And the gap never closed. In the final two weeks of the campaign, Hogan had almost 12 times more cash than Jealous, or $3.3 million to the Democrat’s $275,000. Few people wanted to donate to a race that seemed uncompetitive, which in turn made it even less competitive as the weeks went on.

While Hogan’s campaign and the Republican Governors Association have blasted negative ads against Jealous nonstop since July, Jealous’s campaign didn’t run its first TV ad until mid-September, and the Democratic Governors Association didn’t run their first ad against Hogan until late October. Jealous couldn’t afford to compete on television, or even really through mailers.

The Jealous campaign understood that it needed to invest more in on-the-ground organizing to make up for the complacency that gripped Democrats in 2014, when Hogan eked out his upset victory. So this year, 70 Democratic organizers were hired to work across the state, compared to 15 field organizers for the state’s Democrat-coordinated campaign in 2014.

But even Jealous supporters noted that his campaign was making it difficult to rally support for his team. On his campaign website, there was nowhere for supporters to order lawn signs, bumper stickers, or other paraphernalia to demonstrate support — unlike on Hogan’s website, where such ordinary purchases were made prominently visible and available. Supporters had to ask around to learn that they had to show up in person at a campaign office to get any swag. That information wasn’t even available on the website.

And while Democratic candidates across the country have been leaning on new media platforms like viral two-minute online-only campaign ads, the Jealous campaign relied predominantly on awkward and less popular tools like Facebook Live. 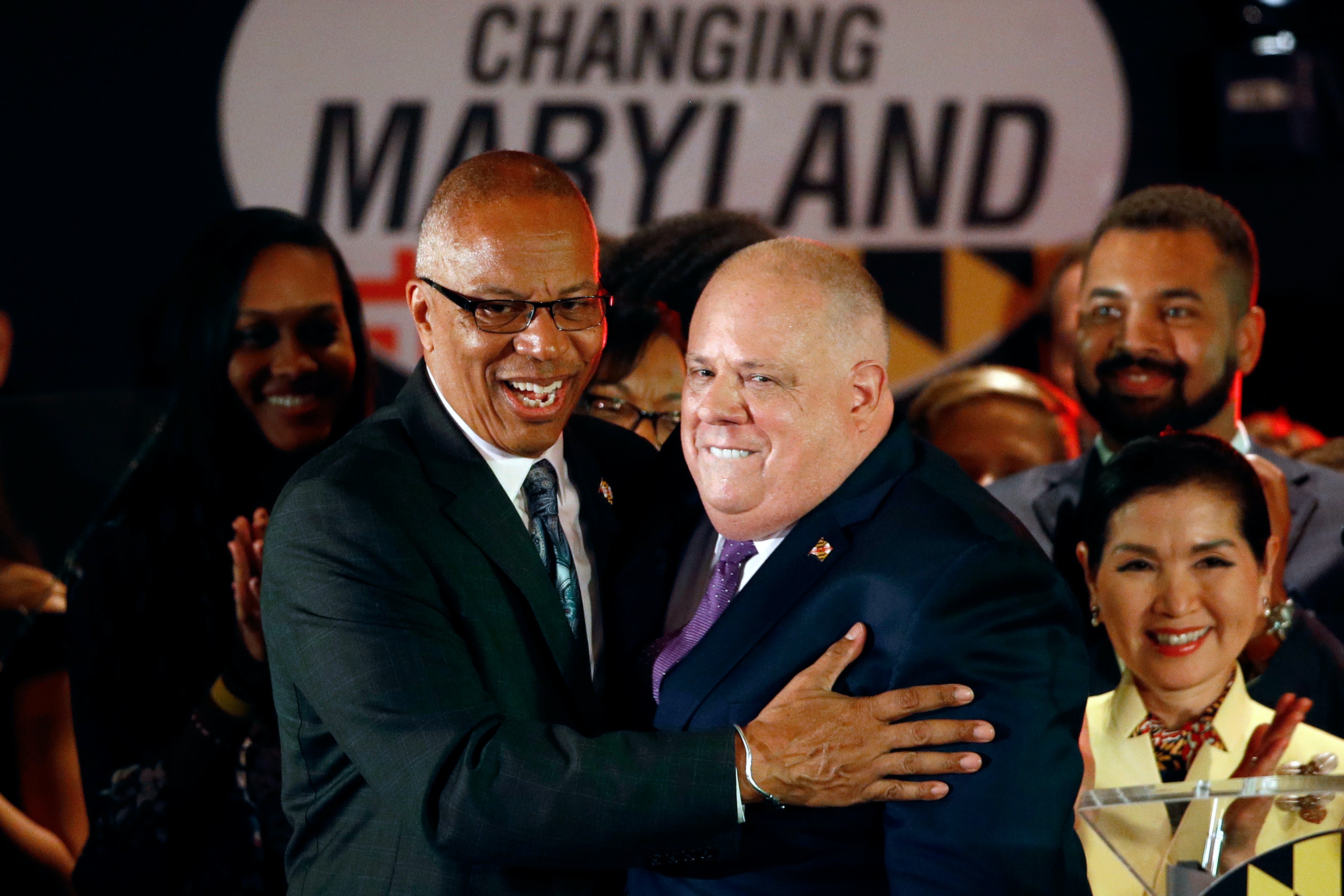 The Washington Post has been writing favorably about Hogan for years, so much so that a reader wrote a letter to the editor in June asking, “Seriously, has Maryland Gov. Larry Hogan (R) changed his name? Apparently so, at least according to The Post. In nearly every reference to the governor, The Post’s writers insist on referencing him with a new first name of ‘popular,’ as in the popular Maryland governor.”

As a result, it was unsurprising when the Washington Post gave its endorsement to Hogan, praising him for having the “agility and sense to govern as a moderate — that disappearing breed of American politician.” The Post dismissed Jealous’s plans as mostly “politically unrealistic” and “unwise.” But more staggering was the Baltimore Sun, which endorsed Jealous in the primary but endorsed Hogan in the general election, despite literally acknowledging in its own endorsement that Hogan’s “actions in office have too often treated [Baltimore] as an afterthought, if not with outright contempt.” (Hogan’s decision to cancel the Red Line light rail, a project that had been in the works for a decade and to which the federal government was going to contribute $900 million, was a disastrously cruel move for the long-neglected city.)

Outside Maryland, the national press was also largely uninterested in Jealous’s general election challenge, especially when compared to the attention paid to Stacey Abrams and Andrew Gillum, black candidates running to be Georgia’s and Florida’s first African-American governors, respectively. The Maryland race was deemed uncompetitive, and thus less exciting to cover.

During the primary, most of Maryland’s Democratic establishment lined up behind Rushern Baker, the outgoing county executive in Prince George’s County. (Kevin Kamenetz, the county executive for Baltimore County was also a frontrunner, and had raised more money than other candidates in the primary, but he died unexpectedly of cardiac arrest six weeks before the election.)

After Jealous won, several dozen Maryland Democrats announced their support for Hogan, though most were older white men who hadn’t served in office for years. Others had received political appointments from the governor, or had records of supporting Republican candidates in the past.

Jealous did end up securing endorsements from the Democratic Party’s current elected officials, but some were much slower to voice their support, and many remained muted in their enthusiasm. The long-serving state Senate president, Mike Miller, was a prime example. He was guarded in his support for Jealous, while being enthusiastic in his praise for Hogan’s work. Ike Leggett, the outgoing executive of affluent Montgomery County, at first withheld his endorsement of Jealous over tax issues that he said would hurt his wealthy constituents. When he finally did endorse Jealous in in mid-October, he did so in the world’s most half-hearted way. When the Washington Post asked him if Jealous would be a better governor than Hogan, Leggett declined to say yes. “That’s a good question,” he said. “I’m simply for the Democratic nominee.” About 45 percent of Montgomery County ended up voting for Hogan.

It’s unlikely that vocal enthusiasm from Leggett and Miller could have really changed Jealous’s fundraising numbers in a substantial way, but they certainly didn’t help.

Jealous also tamped down enthusiasm from some otherwise natural allies. Despite running on one of the most progressive platforms in the country, he didn’t even try to court some of the newly established Democratic Socialists of America chapters or get their endorsements. He also upset a lot of leftists over the summer, when he disavowed socialism in a way that not even Barack Obama did during the eight years he was blasted for being on the left. After Hogan called Jealous a “far-left socialist” in an interview, a different reporter followed up by asking Jealous if he identified as a socialist. Jealous responded, “Are you fucking kidding me?” The Republican Governors Association funded a TV ad this summer that featured Jealous saying, “Go ahead, call me a socialist,” cutting off the rest of his sentence, in which he went on to say, “It doesn’t change the fact that I’m a venture capitalist.” The Jealous campaign demanded that local stations pull the ad for being false and too misleading.

Larry Hogan Was a Better Campaigner

Hogan’s schtick of acting moderate was largely successful, in part due to the light press coverage his administration has received over the past four years. Over the summer, for example, he earned glowing national headlines by recalling Maryland’s four National Guard troops from the southern U.S. border — thus appearing to be someone willing to stand up to Trump and his family separation policy — but his actual record on immigration was far more hostile and overlooked. Hogan also moved to the left when he felt he needed to politically: In July, he announced a new student debt relief plan and announced he would no longer take donations or an endorsement from the National Rifle Association. In 2014, he took the gun lobby’s money and endorsement, and also received an A- rating.

It also helped that while Maryland voters are generally Democratic, they’re not always very progressive. Fifty-six percent of Marylanders think their state taxes are “too high,” and Hogan spent the bulk of his campaign emphasizing that he’d continue to cut taxes and that Jealous would significantly raise them. While the Jealous campaign was banking on major turnout in the city of Baltimore to push him over the edge, in the end, nearly one-third of Baltimore went for Hogan, up from 22 percent in 2014.

In the Maryland legislature, however, Democrats maintained their veto-proof majority. Republicans had targeted eight Democratic seats and hoped to flip five, but failed. Baltimore’s three largest suburban counties will now also be led by Democrats, with Anne Arundel and Howard counties flipping blue.