The Midterm Results Gave Everybody Just Enough to Keep Fighting

The failure to deliver a knockout blow to Trump will exacerbate tensions within the Democratic Party, torn between its progressive and centrist wings. 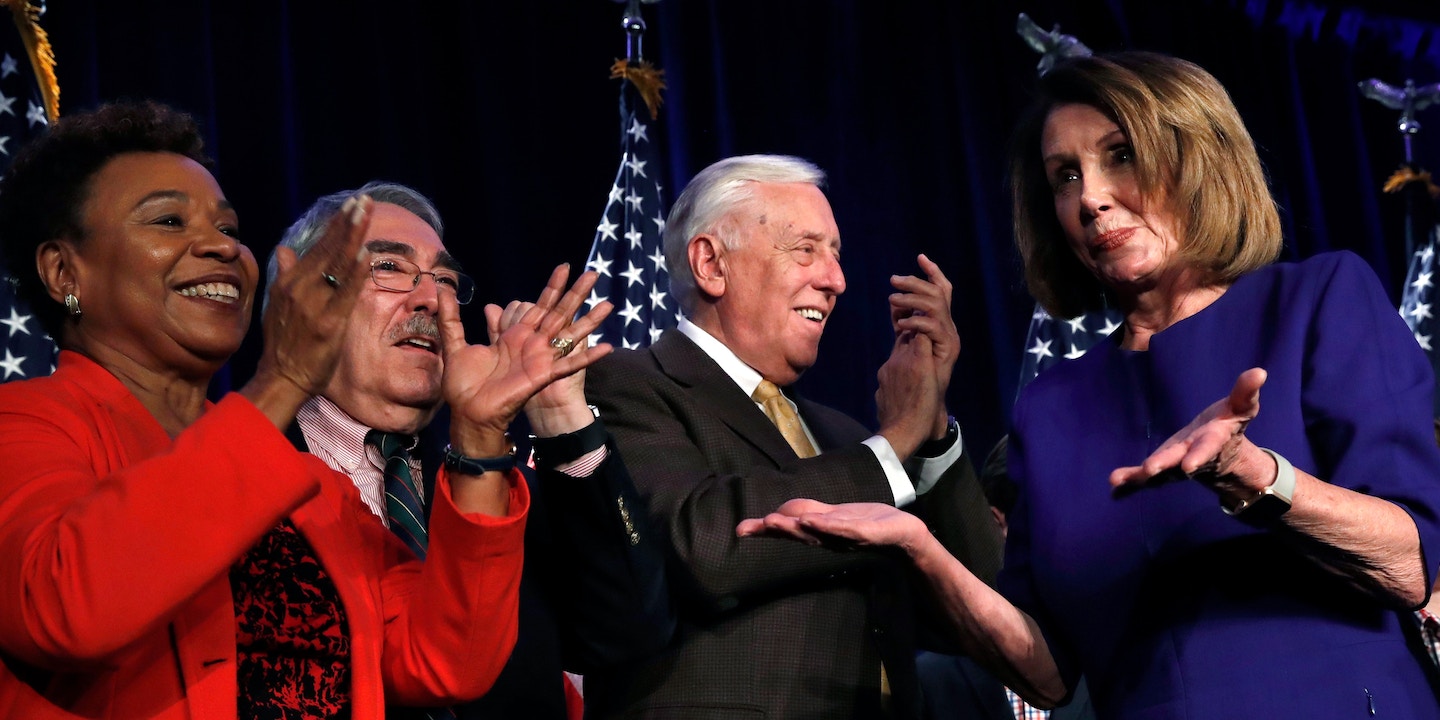 Voters went to the polls on Tuesday with an overwhelming belief that the American economy is in strong shape and that the country is headed in the wrong direction. Those voters surged to the kinds of numbers that the nation’s electoral system was ill-equipped to handle, with reports of broken scanners and voting machines. Lines stretched around corners and into parking lots while voters waited for hours.

As the ballots were being counted, it became clear that there would be little clarity by the end of the night. Democrats, on the back of historic turnout — the product of two years of post-Trump grassroots organizing — seized control of a House of Representatives that had been meticulously gerrymandered in order to assure that they would never be able to do just that. Democrats also made major gains in state capitals, winning governorships in Kansas, Illinois, Wisconsin, Michigan, and Maine.

The liberal energy on the ground, when it wasn’t canceled out by GOP turnout, gave Democrats full control of state governments in Colorado, New York, Maine, New Mexico, and Illinois. In Minnesota, the state House flipped to blue, as did both the New Hampshire state House and Senate, while Democrats flipped at least 10 seats in the Texas statehouse. The New York win ushered in not just incoming state Sen. Julia Salazar, but also at least a dozen senators backed by the Working Families Party, putting an end to an era of “three men in a room” rule in Albany.

Major progressive ballot initiatives were approved, too, with the most historic in Florida, where Amendment 4 got well more than the 60 percent it needed in order to restore the right to vote to people convicted of felonies. Elsewhere, voters expanded Medicaid in Idaho, raised the minimum wage in Missouri, and legalized weed in Michigan.

The failure to deliver a knockout blow to Donald Trump will exacerbate tensions within the Democratic Party, torn between its progressive and centrist wings.

Yet President Donald Trump will be able to survey that landscape and claim vindication for his ratcheting up of racist rhetoric in the final weeks of campaigning. The failure to deliver a knockout blow to Trump will exacerbate tensions within the Democratic Party, torn between its progressive wing, which wants to lean into small-dollar donors and run as the only party free of corporate corruption, and its centrist wing, which argues that only with corporate money and an inoffensive platform can Democrats take power.

Like everything else, the House results were mixed. Democrats across the board ran as the most progressive class of challengers in a generation. But the most progressive of them — the ones who were hoping to prove that a bold message could carry deep red districts — fell short. Richard Ojeda lost in West Virginia; J.D. Scholten lost by 11,000 votes to white nationalist Steve King in Iowa; in Omaha, Nebraska, Kara Eastman, whom the national party fought against in the primary, was trailing late into the night; in Syracuse, New York, Dana Balter, whom the party had also battled, lost her bid; Leslie Cockburn lost in rural Virginia; and Jess King lost in rural Pennsylvania.

Some of the centrist candidates that the Democratic Congressional Campaign Committee fought for in contested primaries won their races. Jason Crow emerged victorious in Colorado, and Elaine Luria persevered in Virginia, as did Lizzie Pannill Fletcher in Texas — lining up the kind of wins that will embolden party leadership to continue intervening in primaries against candidates that are deemed too progressive.

Still, the narrowness of the Democrats’ House win — it was a blue wave, but no tsunami — leaves Minority Leader Nancy Pelosi little room to maneuver, and the conflicted nature of the results will put increasing pressure on her to step aside. The paramount race for Trump, both for its 2020 presidential implications and his personal connection to the race, was in Florida, where Trump boosted Rep. Ron DeSantis in the Republican gubernatorial primary. Polls showed progressive Andrew Gillum with a comfortable lead over DeSantis, whose own racist rhetoric equaled that of the president’s, yet DeSantis was declared the winner late on Tuesday night. Outgoing Florida Gov. Rick Scott, who’s been in office since 2011 and declared victory in his race for the U.S. Senate on Tuesday, has been embroiled in several controversies related to voter suppression.

In Georgia, Brian Kemp, the extremist Republican in charge of counting the votes as secretary of state, was ahead of Stacey Abrams, though the race is headed for a runoff. Texas’s Beto O’Rourke, who had been a vessel for the last-minute hopes of progressives around the country, fell just about 200,000 votes short of beating the extreme, right-wing Sen. Ted Cruz.

Yet it was in the Senate where Democrats suffered the greatest setbacks. The terrain was so unfavorable to the party that Democrats managed to win some 9 million more votes than Republicans in Senate races (helped along by the presence of two Democrats on the ballot in California), yet still suffer a net loss of at least three seats — dropping North Dakota, Florida, Missouri, and Indiana, while picking up Nevada. Again, the results were complicated: Progressives Sherrod Brown and Tammy Baldwin won convincingly in Ohio and Wisconsin, respectively. And it was in Wisconsin that the Democrats’ nemesis Gov. Scott Walker was knocked out.

Trump, centrist Democrats, and the party’s progressives each suffered defeats, but each won just enough to be able to make the case that their approach is the right one. And so, on we go.