Alarmed by victories from candidates like Alexandria Ocasio-Cortez, Republicans and their allies want to stop the democratic socialist wave. 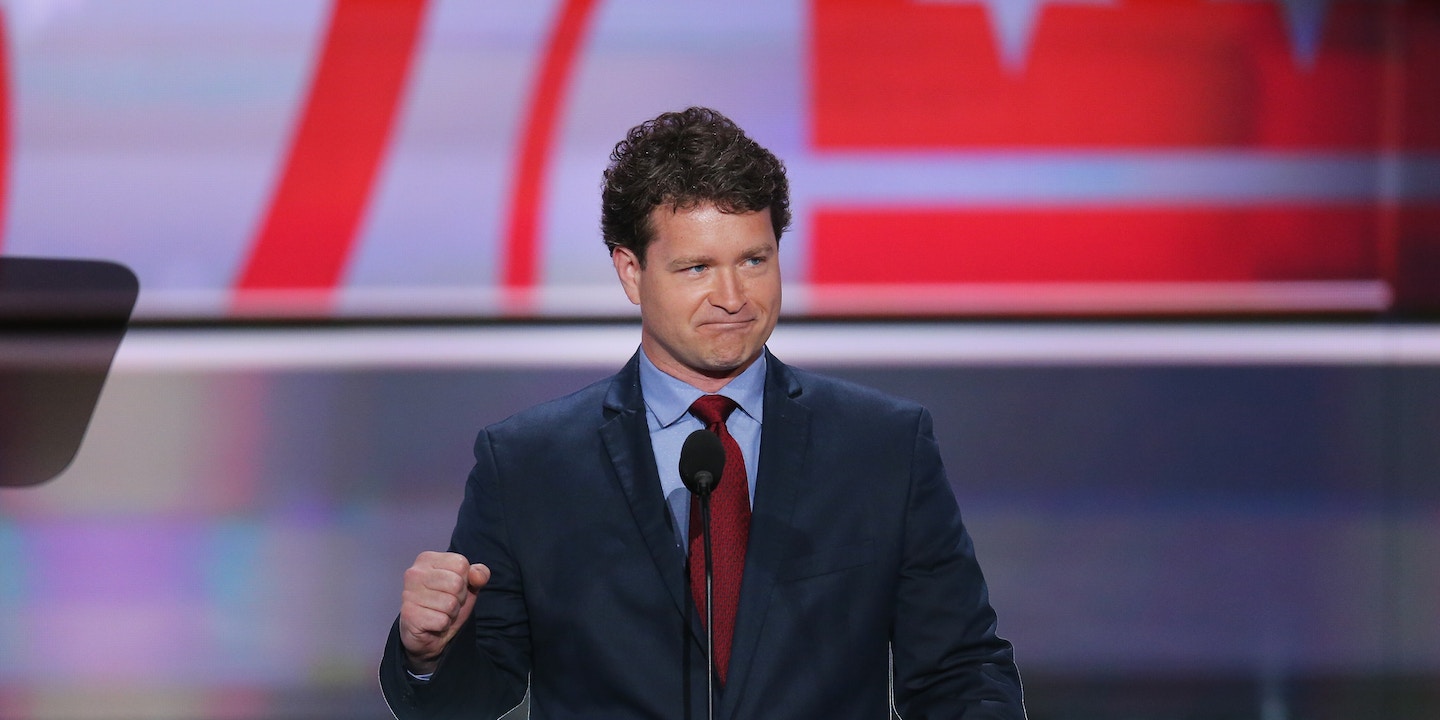 Republican operatives and representatives from America’s largest business groups — alarmed at a wave of upset electoral victories by Alexandria Ocasio-Cortez and other avowed democratic socialist candidates — have been plotting to stem the tide of left-wing Democrats sweeping the country.

Andrew Wynne, an official at the Republican State Leadership Committee, spoke to business lobby leaders in July, encouraging them not to ignore the latest trends within the Democratic Party. He called for Republicans’ allies to enact a unified plan to defeat progressives in this week’s midterm elections.

“Recent elections have proven the leftward shift. An anti-free market, anti-business ideology has taken over the Democratic Party, particularly this year during the primaries.”

“Recent elections have proven the leftward shift,” said Wynne. “An anti-free market, anti-business ideology has taken over the Democratic Party, particularly this year during the primaries.”

“Alexandria Ocasio-Cortez captured the energy of these voters to win a congressional nomination in New York, defeating the incumbent who many thought could be the next Democratic speaker of the House,” Wynne continued.

He noted that the defeated incumbent in the Ocasio-Cortez race, Rep. Joe Crowley, a moderate Democrat and former chair of the business-friendly New Democrat Coalition, “was someone who the business community could have a conversation with on the Democratic side.” On the other hand, Wynne warned, Ocasio-Cortez would not be so receptive to business lobbyists.

Officials from the Republican State Leadership Committee, which assists Republicans in capturing power on the state level, explained during the call that they expected to raise $45 million in direct contributions and $5 million to $7 million through an allied dark money group for election campaigns this fall.

The group is organized under the IRS’s 527 rules and operates in a manner similar to Super PACs: It can raise and spend unlimited amounts from individuals and corporations. The latest disclosures suggest the group is well on track to bring in significant corporate support for electing Republican state officials.

Many of those companies are from industries that have long contributed to GOP causes, including resource extraction, financial services, tobacco, retail, for-profit education firms, and private health care interests. But the list also includes a number of Silicon Valley firms that have stepped up political giving, including Uber and Google.

Several of the largest donors to the Republican State Leadership Committee are themselves dark money groups. The Judicial Crisis Network, a 501(c) nonprofit that does not disclose its donors, has given $1.5 million to the group. The ABC Free Enterprise Fund, a dark money affiliate of a lobbying group that represents non-union construction companies, gave $100,000.

The U.S. Chamber of Commerce has given $1.7 million to the committee. The chamber, notably, does not disclose its donors but has been financed in the past by Goldman Sachs and Dow Chemical, among other major American and foreign companies.

The money, explained the operatives from the Republican State Leadership Committee on the call, would not only be spent on campaign advertising, but a suite of election resources to identify voters, provide issue polling, and messaging to defeat left-wing candidates.

The Republican State Leadership Committee additionally provides “intelligence sharing” to “disseminate details of partisan political and interest group agendas that are disfavored by the business community,” said Wynne on the call.

One example of such services from earlier this year was help for Republicans to counter the wave of teachers union protests in West Virginia, Oklahoma, and other states. “We’re able to identify similar slogans, similar organizing principles, and help protect the business community and their allies in the legislature,” Wynne said.

In the New York state Senate, a group of centrist Democrats, known as the Independent Democratic Conference, or IDC, caucus with the GOP to provide the Republicans with an effective majority. During the Republican State Leadership Committee call, Zack Hutchins, the director of communications for the Business Council of New York State — a trade group that represents AT&T, JPMorgan Chase, Corning Intl., and other New York companies — asked committee officials if they would engage to help maintain the IDC-backed GOP majority in the legislature.

Wynne said his organization was planning to engage, despite the significant costs of election campaigns in New York. Former Republican Rep. Tom Reynolds, now a lobbyist and campaign strategist, was heading up an effort to work on the election, Wynne explained.

“They’re going to try to throw a big money smear campaign against all of us in the years going forward to make sure they don’t lose any more ground electorally.”

Carter, the Virginia democratic socialist who unseated a senior Virginia Republican in his race last year, said the chamber lobbyists had opposed “pretty much everything I’ve tried to do,” describing the business league as a threat to policies designed to help the working class.

Asked about the coordination between the Republican State Leadership Committee and state business leaders on election efforts, Carter said activists should be on the alert.

“We’ve got to stay focused. They’re going to try to throw a big money smear campaign against all of us in the years going forward to make sure they don’t lose any more ground electorally,” said Carter. “If people stand together, if we come together and demand change, demand a better life for working people in this country, then they won’t be able to buy our elections.”