Dick Gephardt, an influential party figure, stood before a crowd of insurance executives and lobbyists to make dubious claims against the plan. 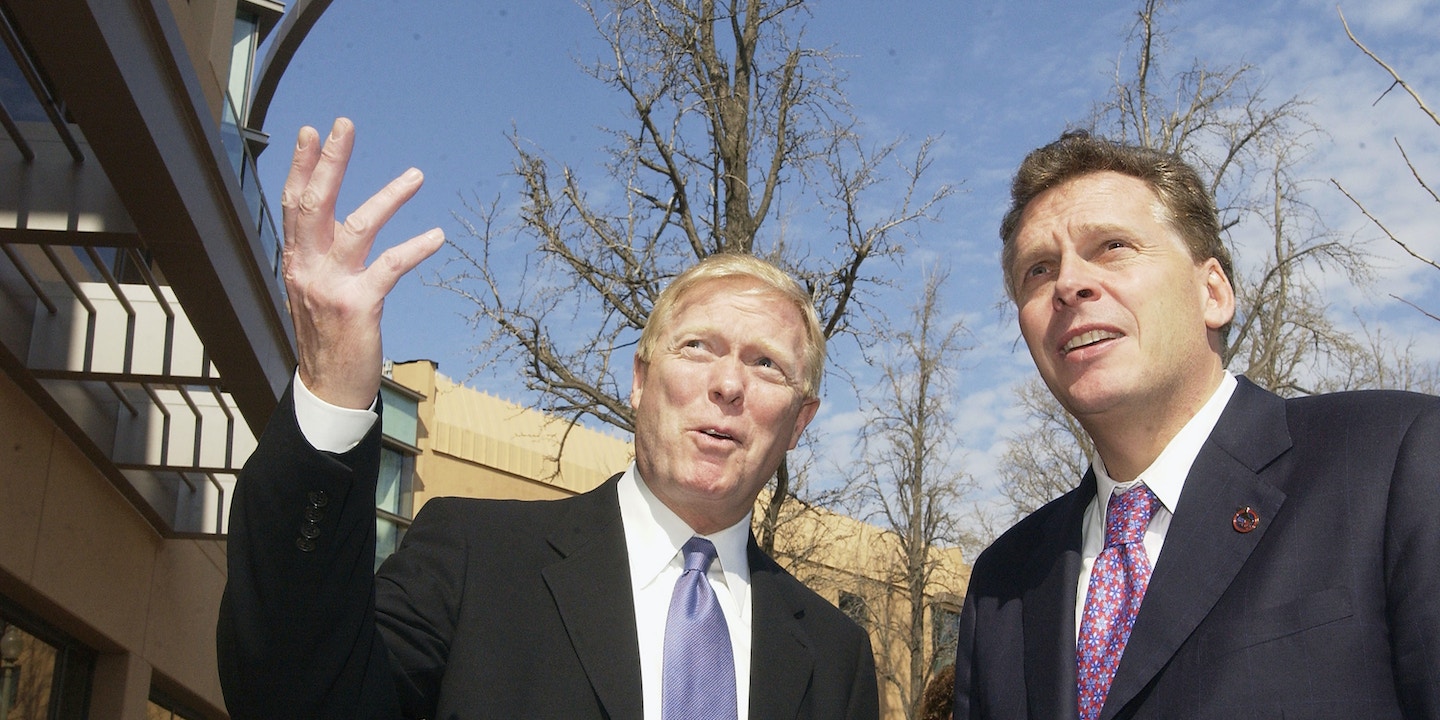 Activists across the country have provided real momentum to the idea of a single-payer health care system, pressing the issue in California and among leading figures in the Democratic Party.

The mere prospect of single payer, however, has elicited swift derision from some corners of the party, with Dick Gephardt, the former Democratic House minority leader, laughing off the idea at a health insurance conference earlier this month.

“Not in my lifetime,” scoffed Gephardt, when asked if the United States will ever adopt such a system.

Gephardt, who serves as a Democratic “superdelegate” responsible for choosing the party’s presidential nominee, was asked about the possibility of single payer at the Centene Corporation annual investor day conference at The Pierre, a ritzy five-star hotel in New York City.

Centene, which merged with Health Net two years ago, is a health insurance company that sells coverage in 28 states. At the conference, which included investors and Centene executives as well as lobbyists, an unidentified participant asked Gephardt about whether the industry should fear being replaced by a single-payer-style system. Such a move, the questioner remarked, would present an “existential threat.”

“There is no way you could pass single payer in any intermediate future,” Gephardt declared. America, he added, has the “greatest health care system in the world, bar none.” And while single payer would provide universal coverage, there would be less quality and innovation without the “involvement of the private sector.”

Haley Barbour, the former Republican National Committee chair, another speaker at the event, chimed in to agree. “Hear, hear. Put me down as agreeing with Leader Gephardt as usual,” Barbour chuckled.

The claim that single payer suppresses innovation is an old argument that does not stand up to scrutiny. Most medical innovation in the U.S. are already government funded, through universities receiving federal subsidies and grants, as well as through the National Institutes of Health. A single-payer insurance system, like Medicare, would simply negotiate for lower prices from providers, and would likely steer savings towards greater investments in research and development. Claims about lower quality care are also highly disputed, given that countries with single payer and tightly regulated universal health systems perform much higher than the U.S. in a range of health outcomes.

Despite well-entrenched opposition from much of the private health care industry, political momentum for single payer has enjoyed a rapid boom of late.

The single-payer bill sponsored in every congressional session since 2003 by Rep. John Conyers, D-Mich., now has 113 sponsors, nearly twice the number that signed on last year. Sen. Elizabeth Warren, D-Mass., provided a full-throated endorsement of single payer in an interview with the Wall Street Journal this week, calling it the natural “next step” after the Affordable Care Act.

Obstacles, though, persist. When Colorado debated a ballot measure to adopt single payer during the election last year, a small army of Democratic Party consultants descended upon the state to help health care industry interests defeat the measure. As The Intercept’s David Dayen explained, there are structural, budgetary constraints embedded in the California constitution that must be revised to make any type of single-payer plan possible. Other hurdles exist, too, including waivers from the federal government — an unlikely scenario under President Donald Trump.

In the past, the health insurance industry has deployed sophisticated propaganda efforts to divide single-payer proponents and weaken any political support for the idea. Former Democratic presidential nominee Hillary Clinton once considered such a system, but wondered, “Is there any force on the face of the earth that would counter the money the insurance industry would spend to defeat it?”

Gephardt, notably, became a corporate lobbyist after serving as a populist Democratic lawmaker from Missouri. His clients have included Peabody Coal and Goldman Sachs, among others. He also serves on the board of Centene, receiving annual compensation of around $315,965 in cash and stock awards.