The group has come under constant attack since its inception. Now the leadership wants to shed light on its finances. 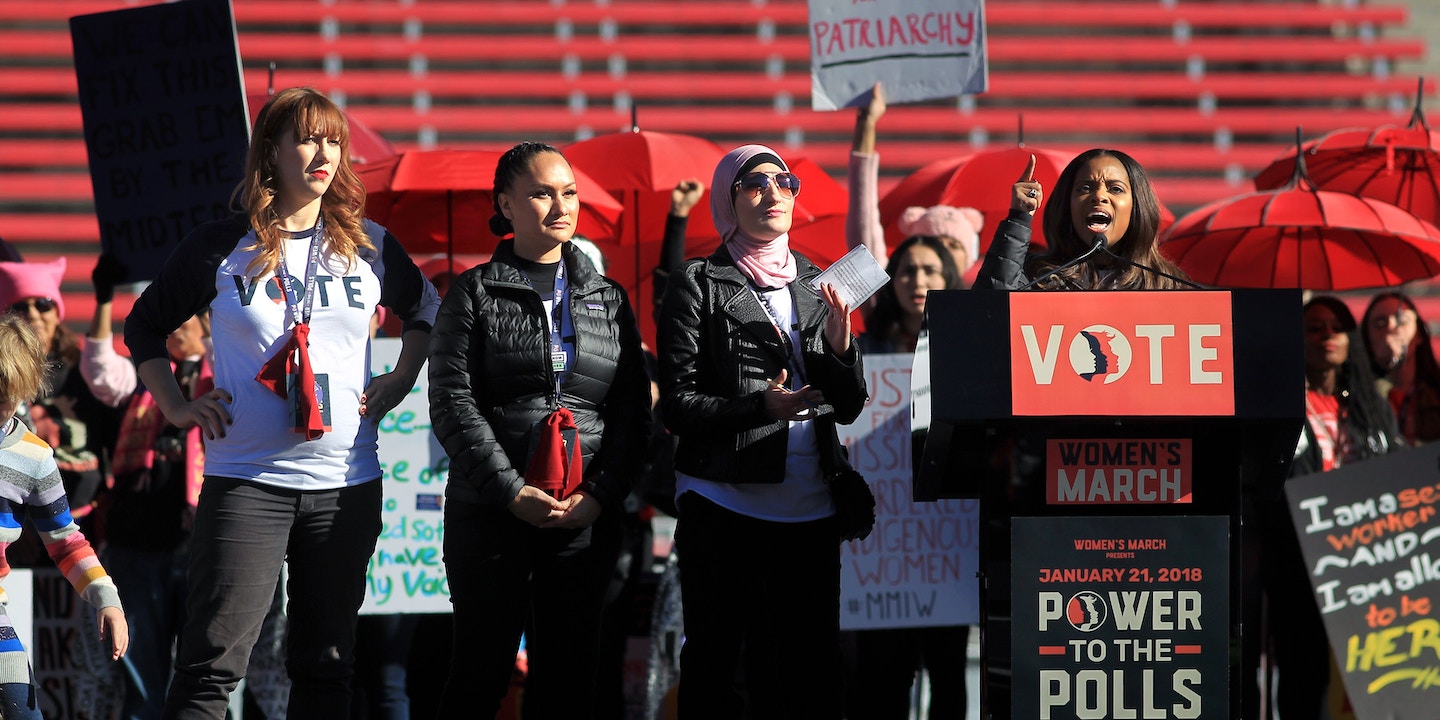 Facing a barrage of criticism, the leaders of the Women’s March have provided The Intercept with reams of financial records that document the group’s spending and receipts in exacting detail. The records include invoices, receipts, and contracts totaling hundreds of thousands of dollars that account for the budget of the organization, which has been fending off assaults from its detractors since its inception.

The Women’s March, in late 2016 and early 2017, organized the largest demonstration in U.S. history, with as many as 5 million people gathering in towns and cities across the country on January 21, the day after President Donald Trump’s inauguration. The group followed up with the Women’s Convention in October 2018, which gathered 4,000 to 5,000 people in Detroit. Since then, it has organized protests against Trump’s policy of separating migrant families at the border, the nomination of Brett Kavanaugh to the Supreme Court, and other political flashpoints.

Far from enriching themselves, the records suggest that the Women’s March leaders receive compensation at the low end of major nonprofit executive pay. Co-President Tamika Mallory, for instance, was paid $70,570, with Assistant Secretary Linda Sarsour taking in $69,927. Three other staffers were paid less than $100,000 combined for their full-time work.

The bulk of the group’s expenses are listed in the tax forms as “event fees” of $413,092 and “travel” of $154,613. Tax records, however, shed little light on what precisely that money paid for, but comparing it to the receipts shows that much of the travel expenses went toward lodging for activists at events, and the event costs were largely eaten up by the cost of feeding thousands of people. The documents provided to The Intercept show that many of the line items in the group’s tax filings can be accounted for.

One invoice, from Centerplate, a catering firm, from October 2017, totals $352,000 for multiple breakfasts and lunches connected to the convention, with $200,000 having been paid by the Women’s March. Adding in related expenses for the venue, security, and other odds and ends, nearly the entire sum listed on the tax form is accounted for by the invoices and contracts provided to The Intercept.

Questions about the Women’s March’s finances follow a long line of attacks against the group’s leadership, mostly from figures on the right. After it was revealed that several top Women’s March officials had appeared at events with or praised the Nation of Islam’s leader Louis Farrakhan, the purported links between the Nation of Islam and the Women’s March became a frequent feature of the attacks. Pro-Palestinian remarks by Sarsour, a Muslim New Yorker of Palestinian extraction, have also featured heavily in the attack against the group — which, along with Farrakhan’s frequent anti-Semitic statements, have led to charges that the Women’s March leaders have an anti-Jewish bias.

The Women’s March provided the documents to fend off any allegations that the funds were misspent or unaccounted for. The top-line number of $2.5 million in revenue, meanwhile, is likely far smaller than many critics may have expected. Rachel O’Leary Carmona, chief operating officer of the Women’s March, said that releasing the documents was an effort at full transparency to counteract the campaign being waged against the organization. “The power of the Women’s March is in our people. We might not have the most funding, but we have millions of passionate, strong, and diverse women who deeply believe in building an intersectional women’s movement so that we can all get free,” she said in a statement.

“Our senior leadership has been subject to extreme threats of violence. For their safety, we engage licensed security firms as needed for credible threats.”

She said that the group’s commitment to making its events accessible to those who wouldn’t otherwise be able to afford the expense makes the events more costly, but in line with the organization’s politics. “There are a lot of false rumors going around that our work is well-resourced: It isn’t. We ensure every national event we host, and every protest, is accessible to all women regardless of disability or income. True accessibility and intersectionality aren’t cheap. But we make it work — our chapter leaders, our members, and our staff pull off incredible work with few resources.”

She also said that the documents show there is no relationship between the Women’s March and the Nation of Islam, which has been a repeated charge leveled at the group. “Women’s March has no financial ties or relationship with the Nation of Islam,” she said. “Our senior leadership has been subject to extreme threats of violence. For their safety, we engage licensed security firms as needed for credible threats.”

Carmona’s reference to security is in response to allegations that the Women’s March has contracted with the Nation of Islam for security services. But the group provided invoices from a reputable security consulting firm for its October 2017 convention. The involvement of the international firm does not rule out the possibility — indeed, the likelihood — that the private security firm’s operation in Detroit, where the convention was held, employs some guards who are practicing members of NOI, but it rebuts the charge that the Women’s March directly contracted with the Fruit of Islam, the Nation’s security wing. “For legal and moral reasons, we do not ask for the religious affiliations of vendors, consultants, or employees at any level,” Carmona said.

After the shooting that killed 11 people at the Tree of Life Synagogue in Pittsburgh, Pennsylvania, the woman who started the Women’s March called in a Facebook post for the group’s current leaders to step down. The four were already facing calls to denounce anti-Semitic hate speech by Farrakhan and cut ties with the leader and the Nation of Islam.

Mallory and Carmen Perez had posted photos of themselves to social media praising his work — Mallory was lambasted for sharing photos after attending a Nation of Islam event in February 2018 and praising Farrakhan the year before as “the GOAT,” or the greatest of all time.

Adam Serwer, writing in The Atlantic, said that Mallory planned to continue working with the Nation of Islam on gun violence prevention. “From the perspective of her critics, Mallory’s refusal to denounce Farrakhan or the Nation appears as a condemnable silence in the face of bigotry. For her supporters, Mallory’s refusal to condemn the Nation shows an admirable loyalty towards people who guided her through an unfathomable loss,” he wrote. “But watching Farrakhan bask in the media attention, as yet another generation of black leadership faces public immolation on his behalf, it is impossible to see him as worthy of her loyalty.”

The flap over Farrakhan created waves even among the Women’s March leadership’s would-be allies. Actress Alyssa Milano, who has appeared at events including the Women’s March itself and protests around Brett Kavanaugh’s Senate hearings, call on its leaders to specifically denounce Farrakhan. “Any time that there is any bigotry or anti-Semitism in that respect, it needs to be called out and addressed. I’m disappointed in the leadership of the Women’s March that they haven’t done it adequately,” she said in October.

The group had previously released a statement on Facebook saying that Farrakhan’s “statements about Jewish, queer, and trans people are not aligned with the Women’s March Unity Principles.” Sarsour has since released another statement condemning anti-Semitism and questioning the focus of the debate: “A white supremacist walked in to a synagogue and killed 11 innocent people and the focus became the Minister Farrakhan and the NOI,” she wrote.

Mallory has condemned Farrakhan’s anti-Semitic and homophobic statements, but has resisted calls to condemn him personally, saying that she is following Martin Luther King Jr.’s tradition of going after the “forces of evil, not persons doing evil.”

Correction: November 29, 2018, 5:57 p.m.
This article originally stated that Tamika Mallory called Louis Farrakhan “the GOAT” in a social media posting from a Nation of Islam event in February 2018. The posting was from a separate meeting with Farrakhan in May 2017.