At a Friday press conference, Ocasio-Cortez expressed the “controversial opinion” that politicians should not be funded by the industries they regulate. 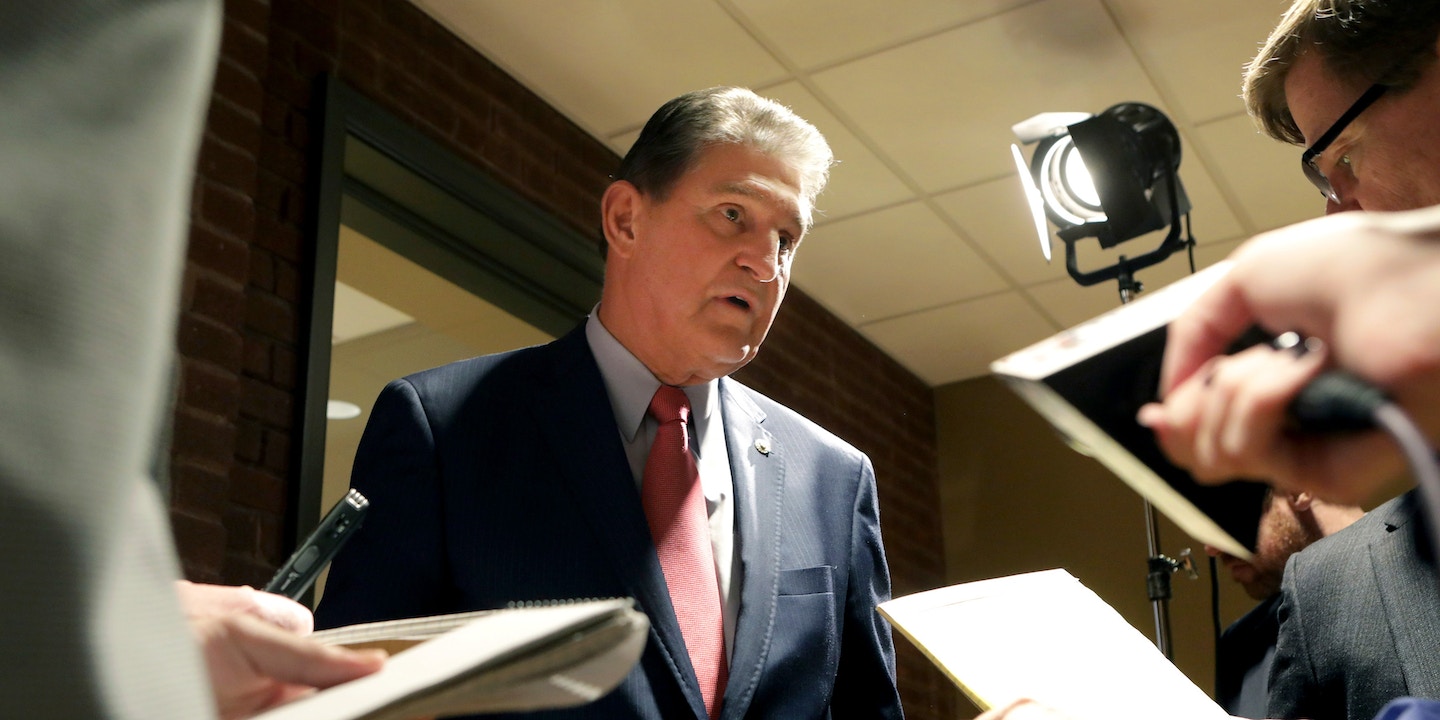 Incoming Rep. Alexandria Ocasio-Cortez, D-N.Y., is troubled by the prospect of West Virginia Sen. Joe Manchin, a staunch ally of the fossil fuel industry, becoming the top Democrat on the Senate Energy and Natural Resources Committee.

“I have concerns, and that’s why I say that our issues are not just left and right, but that they’re top and down,” Ocasio-Cortez said at a Friday press conference held outside the Capitol. “I have concerns over the senator’s chairmanship just because I do not believe that we should be financed by the industries that we are supposed to be legislating and regulating and touching with our legislation.”

Ocasio-Cortez added that the vast majority of Americans agree that lawmakers should not be taking money from the industries they regulate, and the fact that they continue to do so contributes to the disconnect between everyday people and Washington. “But in D.C., that’s a controversial opinion,” she said.

Manchin has the inside track to take over the ranking member slot, currently held by Washington Sen. Maria Cantwell, but liberal and environmental groups are horrified and would like “anyone but Manchin” to get the position, Politico reported this week. The conservative Democrat also voted to confirm former Environmental Protection Agency Administrator Scott Pruitt and recorded a 2010 campaign ad in which he shot a mock copy of the Democrats’ cap-and-trade climate bill. According to OpenSecrets.org, Manchin’s 2018 re-election campaign received $156,240 from the oil and gas industries. Manchin also reports earnings each year from Enersystems Inc., a coal brokerage company he helped run before entering politics, in his Senate financial disclosures.

Friday’s press conference included nearly a dozen members and members-elect, as well as Sunrise, an environmental organization led by young people, rallying in support of a “Green New Deal” proposal that would create a select House committee tasked with crafting a comprehensive plan to tackle climate change and guarantee jobs.

Over the past three weeks, 18 members have signed onto the Green New Deal proposal, according to Sunrise’s count. Rep.-elect Ayanna Pressley, D-Mass., joined her colleagues in stressing the importance of creating a select committee.

“The push for a Green New Deal is about more than just natural resources and jobs. It’s about our most precious commodity: people, families, children, our future,” Pressley said.

“It’s about moving to 100 percent renewable energy and the elimination of greenhouse gases. It’s about ensuring that our coastal communities have the resources and tools to build sustainable infrastructure that will counteract rising sea levels, beat back untenable natural disasters, and mitigate the effects of extreme temperature.”