Joe Manchin Was One of Five Democrats Who Saved Saudi Arms Sales. His Primary Opponent Is Furious. 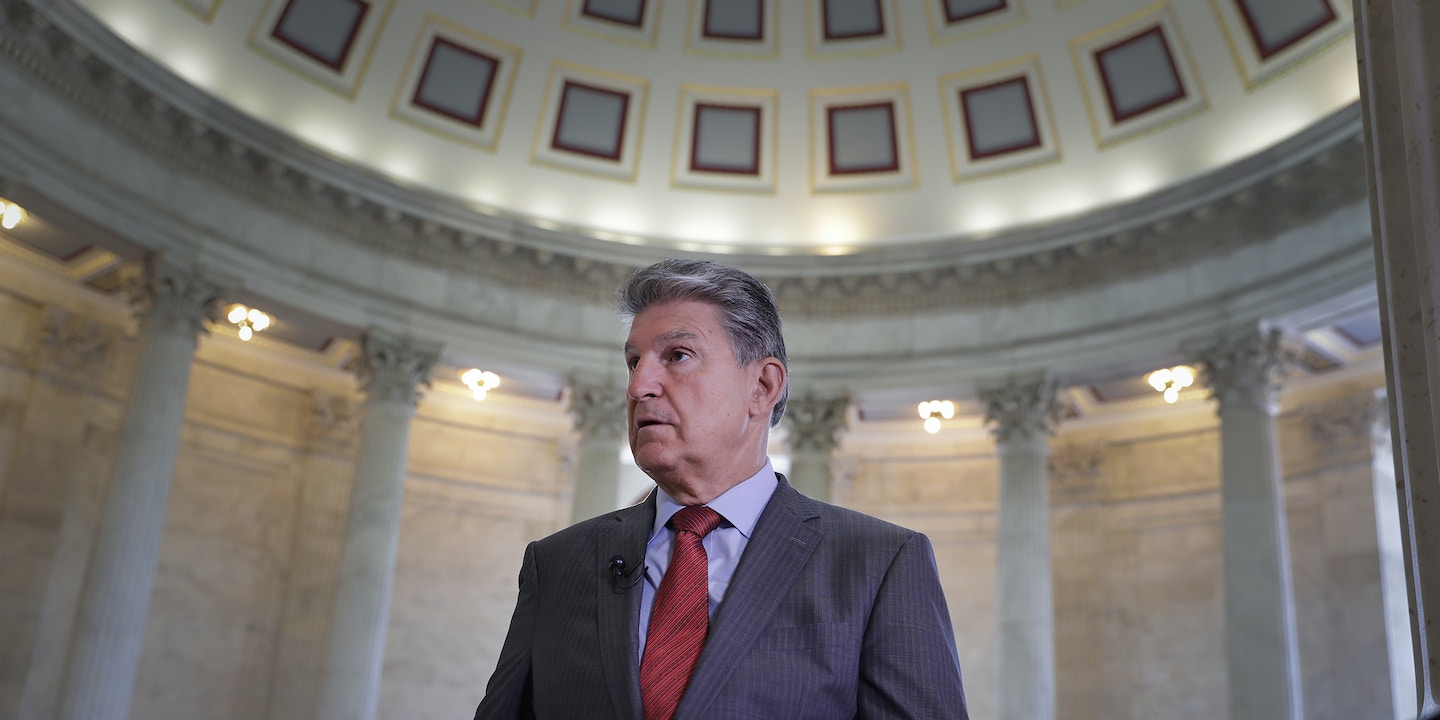 A Senate resolution disapproving of a portion of arms sales to Saudi Arabia — which has been waging a long, bloody war in Yemen that has sparked multiple humanitarian crises — narrowly failed along a 47-53 vote on Tuesday. Five Democrats voted against the measure, ensuring that it did not pass.

One of those Democrats was Sen. Joe Manchin, D-W.Va., who is facing a challenge from environmental activist Paula Jean Swearengin in next year’s primary. In an interview with The Intercept, Swearengin reacted harshly to Manchin’s vote in favor of the arms sale — which provides equipment necessary to conduct airstrikes in Yemen — and even suggested the conservative West Virginia Democrat is a Trump ally.

“I’m not surprised because of his history of voting in favor of President Trump, like a Republican,” Swearengin said.

She then went on a tear suggesting that the weapons would end up in terrorist hands rather than focusing on how the arms could be used in the war against Yemen. “Sen. Manchin voting against the provision to stop the sale. That tells me that Sen. Manchin supports giving weapons to a country that is known for harboring terrorists,” Swearengin said. “The weapons could possibly end up in the hands of terrorists.”

She also linked the vote to Manchin’s voting record on domestic matters, saying that both are evidence that Manchin doesn’t respect human rights. “He’s showing us he doesn’t value human life, in Appalachia, in America, or other countries,” she said. “People are dying in the streets and starving in Yemen. How does he sleep at night? West Virginians are tired of dying and starving as a result of his poor leadership, too.”

Manchin, who did not reply to a request for comment, may face more votes on Saudi arms sales before the election next year.

In an interview with The Intercept, Kentucky Republican Sen. Rand Paul, who co-sponsored the resolution of disapproval, said he anticipates further votes on other parts of the arms deal. “This may very well not be the last time they have to ask again for permission for more arms,” Paul said. “And I think as the famine gets more desperate, as the blockade continues, maybe we can convert a few Republicans who may care about the famine and the deaths.”

It remains to be seen whether Manchin does.