They were Sens. Mark Warner of Virginia, Heidi Heitkamp of North Dakota, Joe Manchin of West Virginia, and Angus King of Maine, an independent who caucuses with the Democrats. Sens. Mark Warner of Virginia, Heidi Heitkamp of North Dakota, Joe Manchin of West Virginia, and Angus King of Maine, an independent who caucuses with the Democrats, voted for Tillerson.

As secretary of state, Tillerson will have tremendous power to influence climate-related negotiations — and to help energy firms secure rights to pump fossil fuels overseas.

Warner, Heitkamp, and Manchin are long-time boosters of the Keystone XL pipeline; the State Department has major authority over its construction due to it being a cross-border project.

Warner is a reliable ally of oil and gas drilling. He introduced a bill in 2013 to expand offshore drilling and co-sponsored similar legislation in 2011 and 2012. He was also one of nine Democrats in the Senate who voted to override a veto by President Obama of legislation supporting the Keystone XL pipeline. “My record on Keystone is clear: I support the pipeline. After six years of study and debate, it’s time to approve this project and get on with it,” Warner said in 2014. 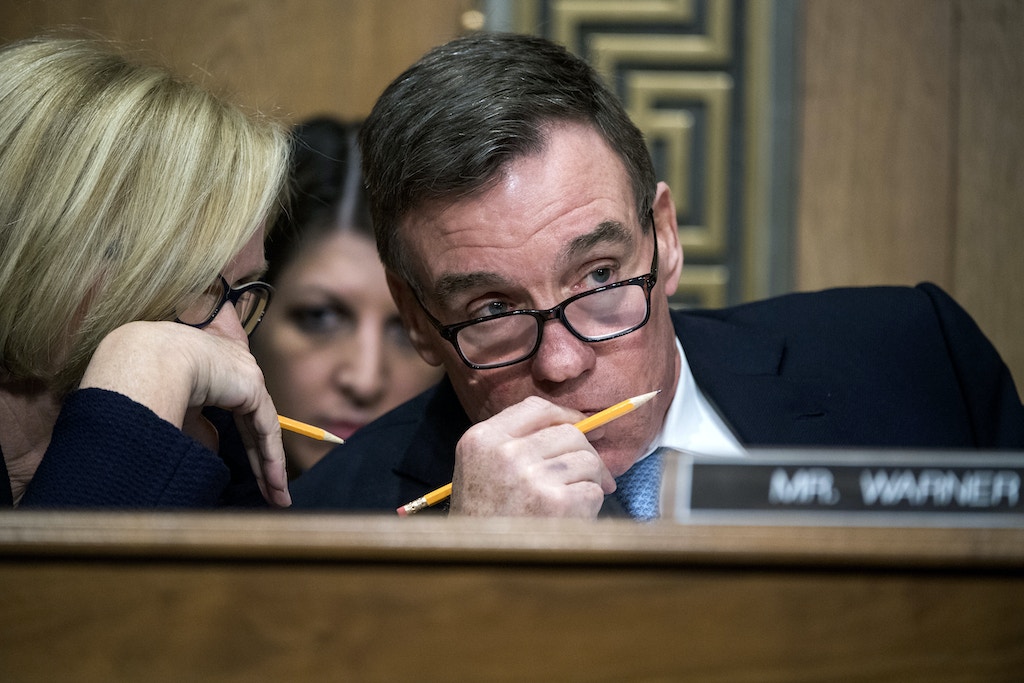 Warner has earned his four-figure checks from Political Action Committees (PACs) operated by Exxon Mobil, Chevron, BP, the American Gas Association, and others in the industry. But corporate influence in politics doesn’t bother him. Warner told a crowd of assembled business elites at a conference last year that they need to be more involved. “I get a little tired of the business community bitching about Washington but then never wanting to get their hands dirty,” he complained.

Heitkamp is also a booster of the Keystone XL pipeline, claiming that it will have “minimal environmental impact.” The energy industry is her second-largest pool of PAC donors in the current cycle, giving $122,000.

Manchin is another Keystone booster, telling opponents that they should “look at the jobs it creates” (it creates 35 permanent jobs). Keystone-backers like the American Petroleum Institute have supported him with their PAC dollars.

King is the only member of the Senate Democratic caucus who opposed the Keystone pipeline but supported Tillerson.

Documents reviewed by The Intercept show that Exxon has repeatedly asked the State Department for assistance in securing oil and gas concessions abroad — including help overcoming opposition to fracking permits in Germany, and negotiating with the government of Indonesia for access to gas fields in the South China Sea.

Asked to state his position on climate change during his confirmation hearing, Tillerson replied that the increases in greenhouse gas concentrations “are having an effect,” but said “our ability to predict that effect is very limited.”

When asked whether climate change causes storms or extreme weather events, Tillerson replied that “there’s some literature out there that suggests that; there’s other literature that says it’s inconclusive.”

Warner issued a statement Wednesday saying he disagrees with Tillerson’s stance on climate change, but that he believes Tillerson will bring a “more experienced, measured voice” to the Trump administration.

King said he believes Tillerson will serve as an “counterweight to the more impulsive forces within the current administration,” and that his concerns about Tillerson were outweighed “by the need to have a strong and serious leader at the helm of the State Department.”

Heitkamp did not issue a public statement explaining her vote and did not immediately return request for comment.

Manchin issued a statement saying he has known Tillerson through mutual volunteer work with the Boy Scouts of America, and called him “honorable and patriotic.” Manchin did not mention Tillerson’s position on climate.

U.S. oil companies have long enjoyed a close relationship with the State Department, which aggressively promotes the industry’s interests abroad. As secretary of state, Hillary Clinton personally promoted fracking overseas, and even set up a 63-person bureau in 2011 to “pursue more energy outreach to private-sector energy” companies.

With an oil man now the U.S.’s top envoy to the world, they’ve become inseparable.

Top photo: Rex Tillerson answers questions in his confirmation hearing for secretary of state in front of the Senate Foreign Relations Committee in the Dirksen Senate Office Building on Jan. 11, 2017, in Washington.