Activist Accepts Sen. Joe Manchin’s Challenge to “Find Somebody Who Can Beat Me“

“We’ve been bid against each other for basic human rights,” says environmental activist and coal miner’s daughter Paula Jean Swearengin. 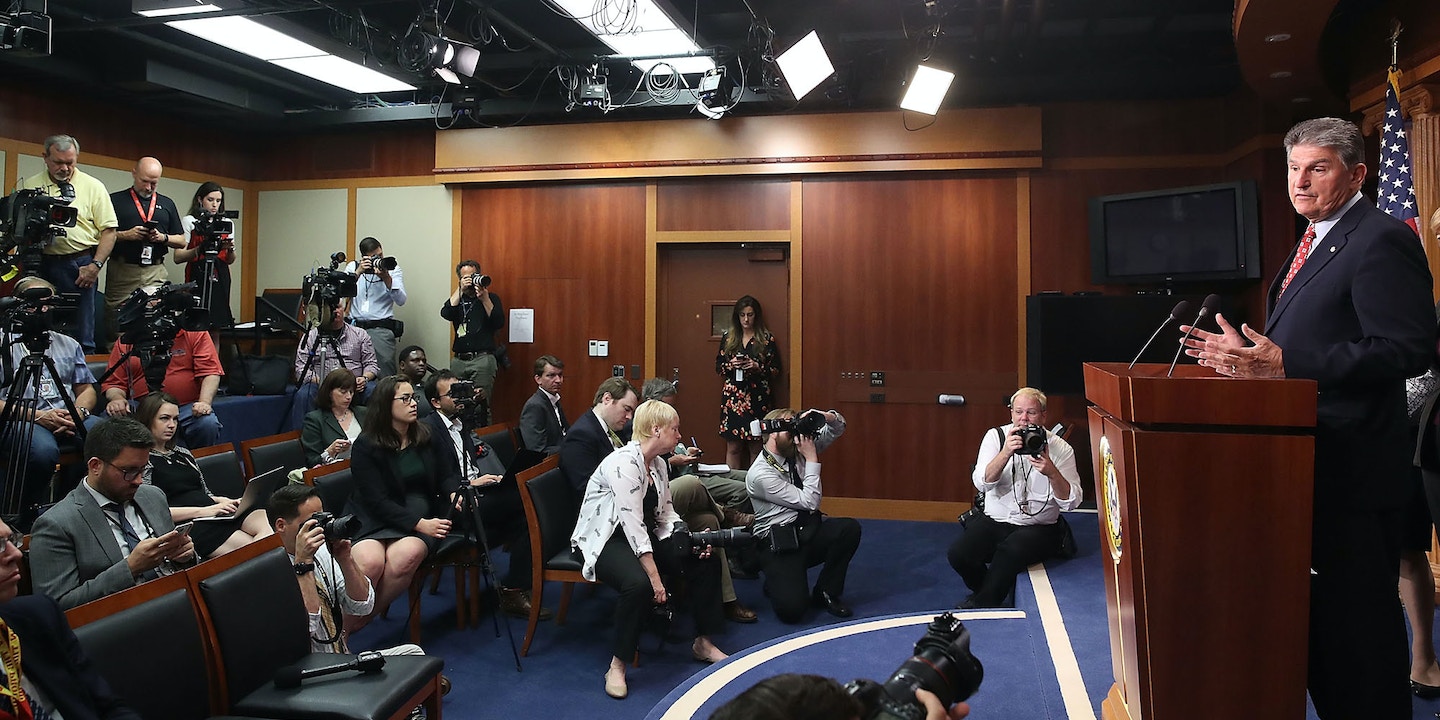 West Virginia’s Democratic Sen. Joe Manchin used a conference call with local activists in February to tell them to stop complaining about his pro-corporate voting record.

“What you ought to do is vote me out. Vote me out! I’m not changing. Find somebody else who can beat me and vote me out,” he dared the activists.

Paula Jean Swearengin, an environmental activist descended from generations of coal miners, has accepted that challenge, announcing earlier this month that she will be challenging Manchin for the Democratic nomination for U.S. Senate.

She is one of the first candidates endorsed by Brand New Congress, a new effort spawned by former Bernie Sanders staffers who want to recruit both Democrats and Republicans who have never held office before to run for Congress.

Swearengin’s grandfather died of black lung disease and she has had multiple family members who have suffered from illnesses related to working in the coal mines.

That’s an industry Manchin has been allied to since his days as governor. “Governor Manchin gets it!” exclaimed Bill Raney, president of the West Virginia Coal Association, following his election to the Senate in 2010. Since then, Manchin has not disappointed Big Coal. He has fought the Environmental Protection Agency’s ability to regulate coal pollution and was one of two Democrats who voted to support President Trump’s appointment of climate denier Scott Pruitt as EPA chief.

In an interview with The Intercept, Swearengin described the impact coal and environmental pollution have had on her own life.

“I was born a coal miner’s daughter, granddaughter,” she explained. But the industry that employed her family also battered its health. “I have watched several of my family members suffer with … cancer, black lung, suffer from heart disease.”

Pollution from coal mining impacted every area of her life. “When I was a little girl, our water was orange with a blue and purple film. And we drank that water,” she lamented.

To Swearengin, West Virginia’s historic dependence on the coal industry has created an impossible choice for the people of the state. “We’ve been bid against each other for basic human rights,” she explained. “There’s no reason that people should have to worry about putting food on the table for their children and clean water. Appalachians are strong. We’re better than that. So my path to primary Joe Manchin is to fight back. Fight back for my community. Fight back for my neighbors, my family, my friends.”

She confronted Manchin over water pollution at a town hall last March, earning applause when she denounced the fossil fuel industry. 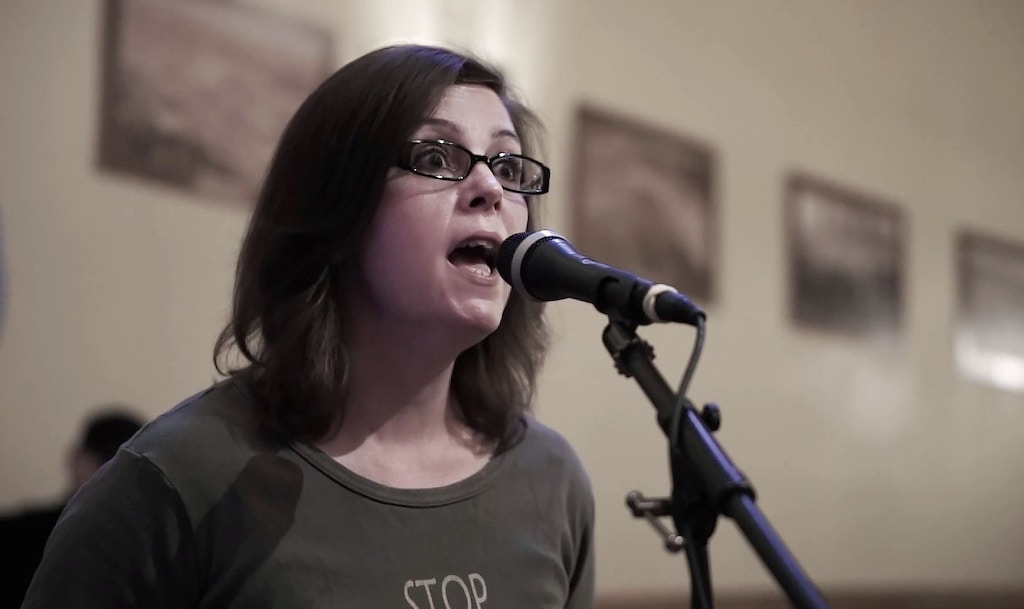 Her platform is built around offering West Virginians an alternative to the coal industry’s stranglehold over the state’s economy, framing this as delivering”economic freedom.” It includes support for tuition-free college, Medicare for All, and investment in infrastructure.

West Virginia went to President Trump by over 40 points in November, making it one of his strongest states in the nation, leading some political commentators to believe that the state is deeply supportive of right-wing Republicans and that it is impossible for a progressive Democrat to win. Swearengin doesn’t see it that way.

“The reason that people ended up voting for Donald Trump is because they’re desperate,” she said. “When they don’t have any other options and somebody’s sitting there saying, ‘Well, let’s give you jobs,’ those were false promises but when somebody is desperate to feed their children, they make poor choices.”

Swearengin views Trump’s election as part of a larger problem in politics in her state: that Democrats and Republicans have converged in ideology and are no longer offering meaningful choices. “The thing that aggravates me the most about the Republicans and the Democrats in this state, they’re all the same. One of the biggest polluting coal barons in West Virginia, Jim Justice, is my Democratic governor,” she explained. “That’s another reason that I decided to run for office. Because he’s my governor, he’s blowing silica dust three miles from my house into my children’s lungs. But he’s a Democrat. He’s a Democrat. But he’s basically a Republican.”

Although there has not yet been any polling produced on the race, there is some evidence that Swearengin’s campaign may not be quixotic. A little over a year ago, Bernie Sanders won every single county in the state in the Democratic primary against Hillary Clinton, a sign that whatever advantages Manchin has as the incumbent senator, there appears to be more anti-establishment feeling on the ground than he is anticipating.

Top photo: Sen. Joe Manchin speaks during a news conference on Capitol Hill in Washington, on May 16, 2017.