The CEO of a former Fortune 500 company, who is also the daughter of a U.S. senator, is under fire for jacking up the rates of a life-saving anti-allergy treatment. 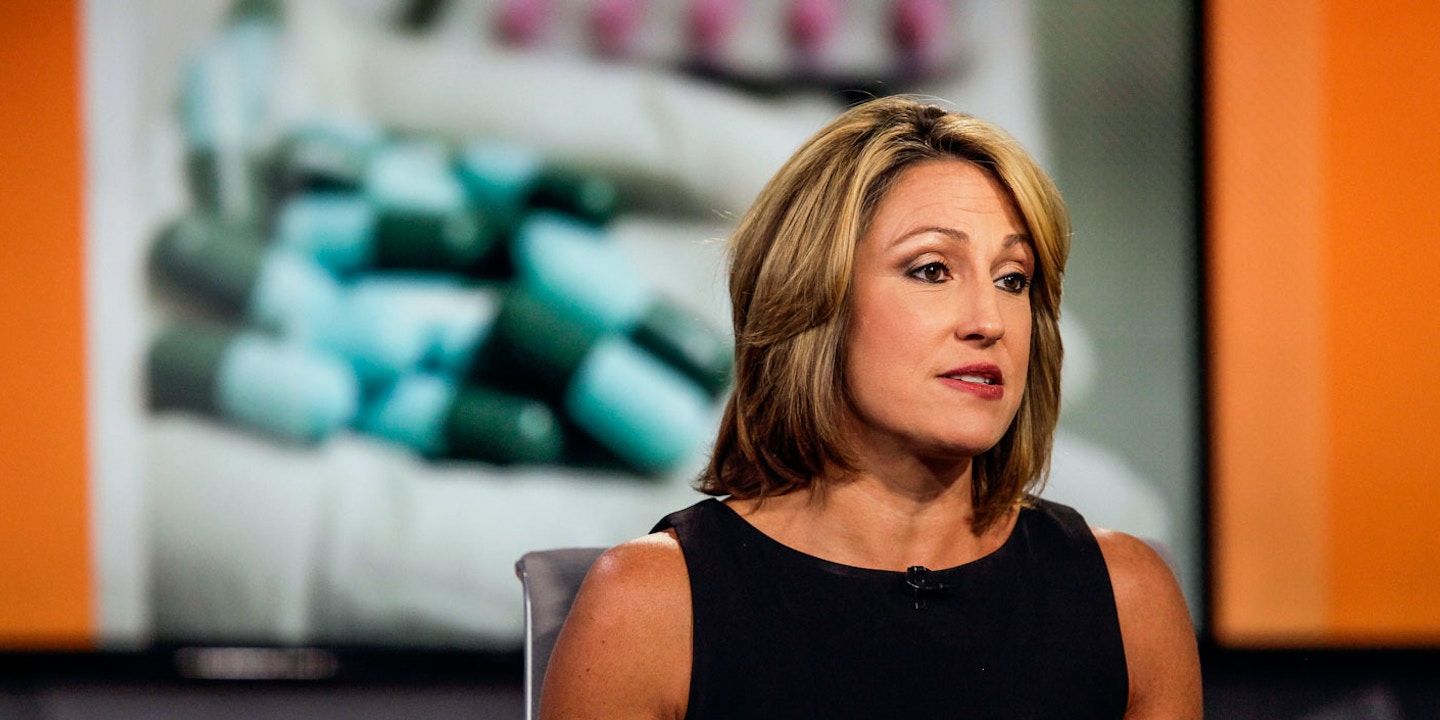 The CEO of a former Fortune 500 company, who is also the daughter of a U.S. senator, is under fire for jacking up the rates of life-saving anti-allergy device known as the EpiPen.

Heather Bresch, whose father is U.S. Sen. Joe Manchin, D-W.Va., became president of Mylan Pharmaceutical in 2009 and CEO in 2012. She is no stranger to controversy: She moved Mylan’s headquarters to the Netherlands last year after a corporate “inversion” merger with Abbott Laboratories.

The move enabled the company to operate its headquarters in the U.S. but maintain corporate citizenship in Holland, benefiting from a lower tax rate.

But the EpiPen scandal, sparked by a sudden price hike, could cause more trouble for the company, its CEO, and her lawmaker father. This week, Sen. Amy Klobuchar, D-Minn., ranking member of the Senate Judiciary Committee’s Antitrust Subcommittee, demanded hearings on the EpiPen’s 450 percent price increase in just seven years.

The cost of a two-pack of EpiPens — shots of epinephrine that relieve symptoms from severe allergies that restrict breathing and can cause death — has risen from $103.50 in 2009 to $608.61 today, despite no changes in the chemical formula. Two vials of the proper dosage of epinephrine and manual syringes would cost only $20; some put the cost of the dosage in each EpiPen at as little as $1.

“This outrageous increase in the price of EpiPens is occurring at the same time that Mylan Pharmaceutical is exploiting a monopoly market advantage that has fallen into its lap,” Klobuchar said in a statement.

Klobuchar, whose daughter uses EpiPens due to severe allergies, is calling for hearings in the Judiciary Committee, and an investigation by the Federal Trade Commission into Mylan’s price hikes, which have occurred every quarter since 2013. “The commission should also report to Congress on why these outrageous price increases have become common and propose solutions that will better protect consumers within 90 days,” Klobuchar said.

EpiPens are critical for anyone with severe allergies to things like bee stings or peanuts to carry, and doctors recommend that they carry two, in case an extra dose is needed. But they expire after a year, forcing families to pay for a new dosage annually. Doctors wrote 3.6 million prescriptions for EpiPens last year, giving Mylan $1.2 billion in sales off that single product.

The price increases coincide with Mylan’s purchase of the product in 2007, and with Bresch taking control of the company shortly thereafter. Mylan has virtually no competition for epinephrine auto-injectors, as they control 87 percent of the U.S. market. One competitor, the Auvi-Q, was recalled from pharmacies last year; the Food and Drug Administration rejected another potential alternative from Teva Pharmaceuticals this spring.

Bresch, born Heather Manchin, started at Mylan in 1992. She was hired after her father, then a West Virginia state senator, told then-CEO Mike Puskar that she needed a job.

From working in the company’s basement, she moved through the ranks to become Mylan’s chief lobbyist in 2002. In that position, she contributed to the 2003 Medicare prescription drug bill, which barred the federal insurance provider from bargaining with drug companies over prices. She was also key to the passage of the 2012 Generic Drug User Fee Act, which increased inspections of foreign facilities manufacturing drugs for the U.S. market. While it increased regulations at Mylan’s own sites outside the U.S., it also made it more difficult for foreign drugmakers to sell their products domestically, knocking out many of Mylan’s competitors.

The bill passed Congress easily, with her father among those providing yes votes.

Congress also passed a law in 2013 prioritizing grant money for schools to stock EpiPens in case of emergency, since children are most at risk for a severe allergy attack. Some states require EpiPens in their schools, including West Virginia, where Gayle Manchin, mother of Heather Bresch, was head of the Board of Education when the policy went into effect in 2013.

Manchin has spoken out against his daughter’s use of an inversion to renounce Mylan’s corporate citizenship, saying that such tax dodging should be illegal. He has not, however, made any public statement about EpiPens since the scandal came to light, and his office did not immediately respond to a request for comment from The Intercept.

He has been hearing from people on his Facebook page. “Buddy what is up with your daughter?” asked one commenter. “How could you raise a child that takes advantage of suffering families?” Another wrote, “Your daughter Heather Bresch and Mylan Pharmaceuticals just raised the cost of an epipen 400%. People will die because of her greed.”

Mylan claims that they have improved the EpiPen product, necessitating the cost increases. “Ensuring access to epinephrine — the only first-line treatment — is a core part of our mission,” the company said in a statement.

Correction: August 24, 2016
A previous version of this article incorrectly identified Mylan as a current Fortune 500 company. Fortune removed Mylan from its list after the company left the U.S. for tax purposes.