Progressives flexed their muscles in the House with Barbara Lee’s race for caucus chair. She fell short, but the effort still bore fruit. 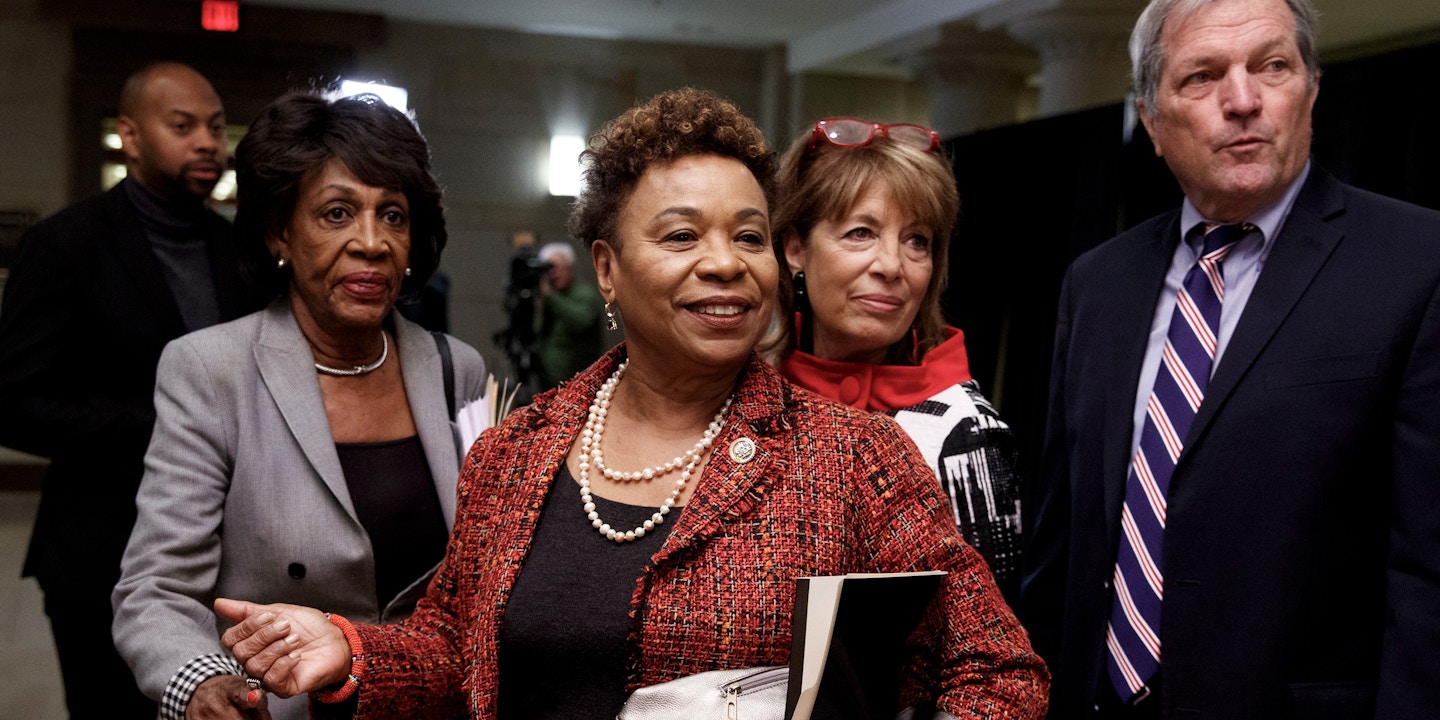 Barbara Lee suffered a narrow loss to Hakeem Jeffries in the leadership race for Democratic Caucus chair last week, but the campaign to get her elected bore fruit regardless. Late last Friday, Speaker-designate Nancy Pelosi made room for Lee on a key committee that has a primary role in building progressive power in the House.

Lee’s ascension to the leadership position is a window into how deciding to fight for power can yield benefits even if the immediate goal is lost. For progressives in the House, unaccustomed to wielding power, it could prove a galvanizing victory. Lee lost her caucus chair race by just 10 votes amid controversy.

And it could have its own follow-on effects. After a one-on-one meeting, Pelosi named Lee as a third co-chair on the Democratic Steering and Policy Committee. (Technically, Pelosi recommended Lee for the position, but the Steering and Policy Committee votes on the recommendations, and Pelosi herself is the chair, so this is in the bag.) Pelosi added a co-chair to make room for Lee; current co-chairs Reps. Rosa DeLauro, D-Conn., and Eric Swalwell, D-Calif., will stay on as well. Lee, DeLauro, and Swalwell are all close Pelosi allies.

Not only does this create a spot for a woman of color in the House Democratic leadership, but it will also have lasting implications for progressives, even though the power will largely play out behind the scenes.

The Steering and Policy Committee has a few different duties, but by far the biggest is determining committee assignments for Democratic members. This has taken on new importance since the election, when the blue wave and numerous retirements created an unusually large incoming freshman class and lots of slots to fill on committees.

Last month, the Congressional Progressive Caucus engineered a power play to get representation proportional to its membership on several key “money” committees. The final stop in that quest is the Steering and Policy Committee, which ultimately lays out the chart of committee assignments for each of the 235 Democrats in the caucus. The money committees, through which nearly all vital domestic legislation flows, include the Ways and Means Committee, the Energy and Commerce Committee, the Appropriations Committee, as well as the Financial Services Committee.

Lee’s presence on the Steering and Policy Committee adds another Progressive Caucus member and could influence the final result. Pelosi, the chair of the committee, will certainly have the first and last word on committee assignments. But having Lee in the room as key decisions are being made can only assist the Progressive Caucus in its bid for influence.

In particular, one area that Lee could help involves the obscure process of waivers. Formally speaking, any member of one of the A-list committees, like the four money committees where progressives are seeking more representation, is supposed to not be able to also serve on any other committee. However, over the years, the Steering and Policy Committee has handed out waivers to 20 current members. Progressives have noted that those waivers have gone more often to centrists.

A waiver would, for example, allow someone like Progressive Caucus co-chair Pramila Jayapal, who is deeply committed to immigration issues (she joined the migrant “caravan” over the weekend), to continue to serve on the Judiciary Committee while also joining the Ways and Means Committee. “We want her to be able to do both,” Khanna said. “This is part of the conversation that the Progressive Caucus had with Nancy — it’s not just that we need proportional representation, we need proportional waivers.” (Khanna’s remarks were made in a radio interview I conducted last week.)

Having a progressive icon like Lee on the key decision-making body on waivers could pressure the leadership. And while the Steering and Policy Committee is often seen as a rubber stamp for Pelosi’s wishes, Lee takes pride in being “unbought and unbossed.”

Pelosi even made reference to Lee’s similarly unbossed role model in her announcement of the appointment. “As a leading African American woman with a place at the decision table, the appointment of Congresswoman Lee is even more meaningful as we mark the birthday of her friend: the trailblazing Congresswoman Shirley Chisholm,” Pelosi wrote.

Lee could also be helpful to incoming progressive freshmen, most of whom supported her in the caucus chair race. There are indications that they are thinking strategically about what committees they want to join.

Numerous members of the freshman class have demanded in a letter that they obtain spots on what are known in the fundraising-obsessed institution as money committees. Rep.-elect Rashida Tlaib, D-Mich., has made it clear to Pelosi that she wants a slot on the Appropriations Committee, which would be novel for a rookie member. Rep.-elect Alexandria Ocasio-Cortez has been said to be pursuing a seat on Energy and Commerce and more recently the Financial Services Committee, which oversees housing policy, a key preoccupation of hers.

With large incoming classes of centrist New Democrats and Blue Dogs, there’s a lot of competition among freshmen for influence. New Dems and Blue Dogs have in the past worked very hard to secure money committee spots, helped along by a leadership bias to give “frontline” members in tough re-election campaigns committee assignments with access to industry for the sake of pulling in campaign contributions. That has led to watered-down policy prescriptions, as important committees were stacked with moderates beholden to industry. Lobbyists have already begun “introducing” themselves to new members.

But Lee’s new position may ensure more fairness in handing those committee assignments out, changing the rationale that money committees exist to align young members needing money with corporate interests that have a lot of it.