No similar progressive campaign is being run for any other position, including speaker, majority leader, or majority whip. 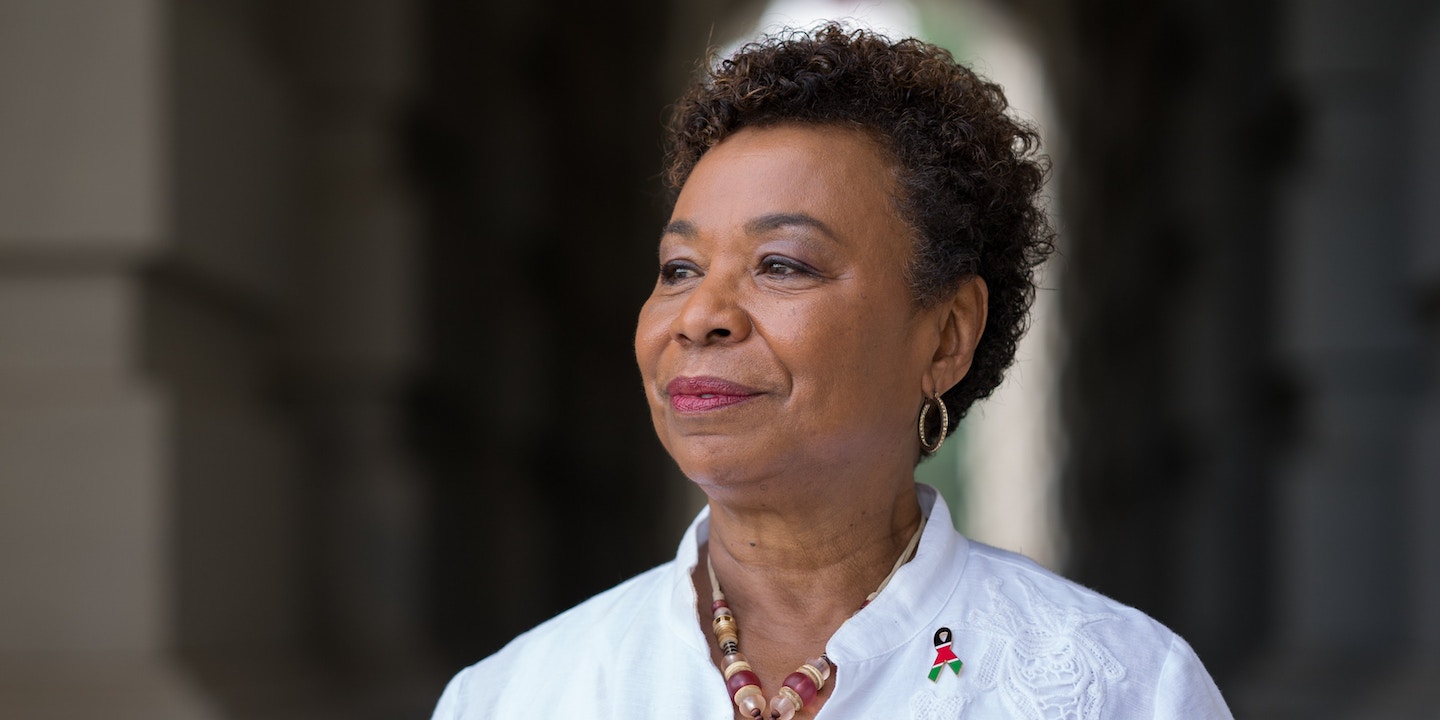 No similar progressive campaign is being run for any other position, including speaker, majority leader, majority whip, or chair of the Democratic Congressional Campaign Committee, a powerful position with the ability to allocate resources in primaries and general elections around the country.

The effort also serves as a dry run for what could be a broader campaign in two years to install progressives throughout House leadership, flexing muscles that have long laid dormant.

Lee announced her interest in the position shortly after Alexandria Ocasio-Cortez upset the outgoing caucus chair, New York Rep. Joe Crowley. Ocasio-Cortez floated her name as a potential candidate for speaker, but Lee is an ally of Nancy Pelosi’s and was unlikely to challenge her directly.

For months, the race to replace Crowley was between Lee and California Rep. Linda Sánchez, who beat Lee in a narrow election for the No. 5 position two years ago. But shortly after Election Day, Sánchez withdrew her bid citing “an unexpected family matter,” which turned out to be her husband’s indictment on federal criminal charges.

Lee, in a statement to The Intercept, framed her campaign as one of inclusive leadership and smashing glass ceilings. “Our party is strongest when every member — from every district, region, background, and ideology — has a seat at the table. I’m running for Democratic Caucus Chair because I want to ensure every voice is represented in leadership,” said Lee.

“My late mentor, our unbought and unbossed trailblazer Shirley Chisholm, broke many glass ceilings and made it possible for other African American women to follow in her footsteps. On the 50th anniversary of her historic election to Congress, I’m honored to carry on her legacy and open the door for more inclusive leadership and policies.”

New York Rep. Hakeem Jeffries, a young lawmaker seen as one of the party’s rising stars, jumped into the race that same day. Both Jeffries and Lee are members of the Congressional Black Caucus and the Congressional Progressive Caucus, but Jeffries is viewed as the more moderate of the two. Jeffries is regarded as a close ally of Pelosi’s as well.

The push to elect Lee is being led by progressive activist Ady Barkan and groups including Democracy for America, Indivisible National, MoveOn, NARAL, National Organization for Women, and the People for Bernie Sanders. (The Intercept has created a fellowship in honor of Barkan, who is dying of ALS.)

Lee, a prominent progressive who’s best known for being the only member of Congress to vote against the Afghanistan War in response to the September 11 attacks, would be the first black woman to hold a leadership position in either party.

“We are optimistic that the Democratic Caucus will elect Rep. Lee as Chair on Wednesday morning. All of the energy in the Democratic Party over recent years has been from the progressive base. And there is finally an acknowledgment — even from white progressives — that Black women are the most reliable and important constituency within the Party,” Barkan, who has lost much of his ability to speak, said in an email. “It’s high time that their contributions be respected and reflected in Democratic leadership. We hope that members of Congress are hearing the enthusiasm for Lee and will make the smart vote on Wednesday.”

The election of Lee is a test of whether the new progressive energy that propelled a 40-seat pickup will penetrate the House Democratic Caucus itself.

Jeffries’s bid for the position departs from the unwritten norm that younger members wait their turn for their time in leadership roles, and if he succeeds, it could open the door in 2020 for other relatively new members of the caucus, such as Rep. Mark Pocan of Wisconsin or Pramila Jayapal of Washington, who head the Progressive Caucus but are known to harbor higher ambitions.

With the top three leadership roles likely to remain in the hands of the same septuagenarian trio of Pelosi, Steny Hoyer, and James Clyburn, Jeffries is running from the angle of generational change. Meanwhile, Lee’s supporters argue that her time as chair of the Black Caucus, co-chair of the Progressive Caucus, and her track record stretching from when she was an activist in the 1960s make her the right choice for this political moment. The contest is expected to be tight. Many of Lee’s supporters expressed cautious optimism but so have Jeffries’s. “They both think they have the votes,” said one Democratic operative in Washington who knows both candidates but is supporting Jeffries.

The coalition is encouraging constituents to call their representative’s office to let them know the Democratic Caucus Chair race actually matters to them, and is organizing local actions to make the point. “Progressives across the country remember, moment after moment, when she’s stood up for what’s right,” said Ben Wikler, Washington director of MoveOn, of Lee. “You know, people who have never lived in her district will say ‘Barbara Lee speaks for me,’ which is her old slogan. And they’re really excited about her candidacy.”