Les Moonves Might Lose His Severance, but Don’t Let the Corporate Culture That Enabled Him Off the Hook

After over a year of #MeToo stories pouring forth, it seems obvious that more than a few bad apples need removing — an entire orchard should be cleared. 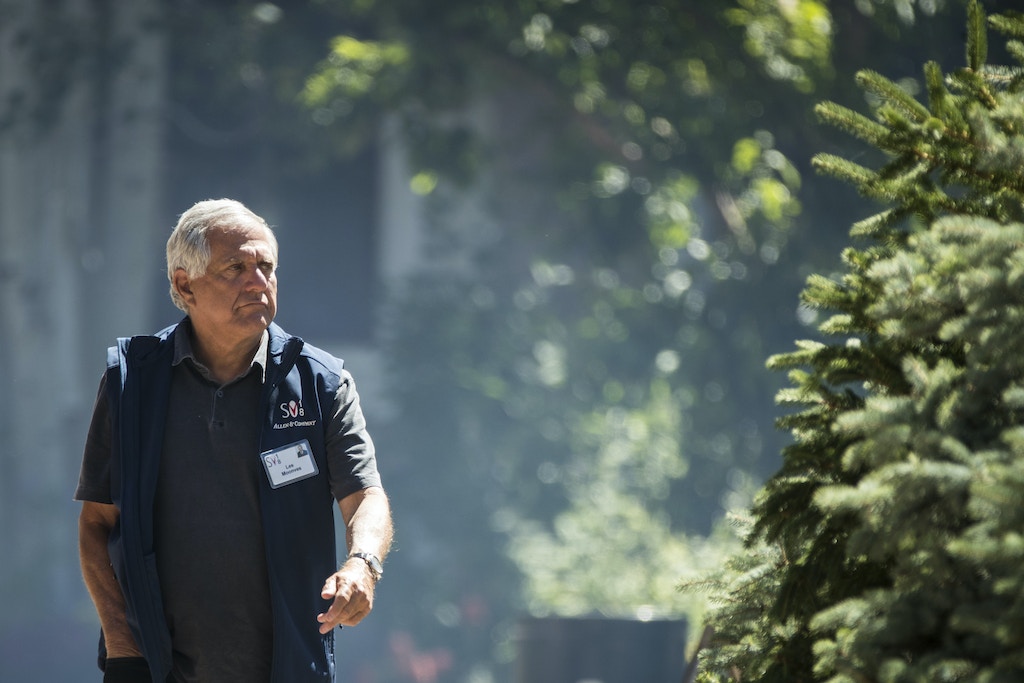 Harvey Weinstein has had, in his own words, “a hell of a year” and “the worst nightmare” of his life. So the disgraced Hollywood mogul reportedly told close friends in an email on Monday, which was leaked to the press within days. His self-pity drew righteous public ire. The fact of the email itself, however, reminds us of a crucial aspect undergirding so many #MeToo cases like Weinstein’s, in which industry titans have been revealed as serial sexual abusers. An email like that is only sent on the presumption of sympathetic recipients — in other words, enablers.

Media attention in recent weeks has focused on another powerful alleged perpetrator of sexual violence, former CBS chief Les Moonves, with the question looming as to whether the media executive will receive his $120 million severance payout. Over a dozen perturbing allegations detailing decades of overlooked workplace harassment and assault have been levied against Moonves. Like Weinstein’s, Moonves’s case exemplifies the nexus of power, institutional abetment, vast wealth, and abuse, which no number of #MeToo revelations and figurehead removals will themselves undo.

In response to two reports published by Ronan Farrow in the New Yorker last August and September detailing 12 women’s accusations against Moonves, CBS moved at a glacial pace before gently relieving the CEO of his duties (with a thank-you note included). Since Moonves’s departure, the network — also the former home of accused abusers Charlie Rose, “60 Minutes’s” Jeff Fager and producer Brad Kern — has done nothing beyond what it describes as a “thorough investigation of these matters, which is ongoing.”

Moonves’s case exemplifies the nexus of power, institutional abetment, vast wealth, and abuse, which no number of #MeToo revelations and figurehead removals will themselves undo.

The New York Times reported this week that a draft report, compiled by lawyers for the CBS board, found that Moonves “destroyed evidence and misled investigators in an attempt to preserve his reputation and save a lucrative severance deal.” The report stated that “based on the facts developed to date, we believe that the board would have multiple bases upon which to conclude that the company was entitled to terminate Moonves for cause.” At most, then, Moonves, an inordinately wealthy mega-millionaire, will lose his severance.

Even if the CBS board finds grounds to deny Moonves severance, the company cannot be absolved of its complicity. This is the double-edged sword of payouts, as we saw when NBC denied accused harasser Matt Lauer his severance deal: A company must show it has fired an employee “for cause” in order to withhold paying out their contract. But to do so, it must be established that the company was not aware or enabling of the employee’s wrongdoing. An employee generally cannot be denied compensation based on behavior that, up until that point, the company had known about and countenanced.

Moonves’s alleged attempts to obstruct investigations into his abuses could count as such grounds for a “for cause” firing on a legal level. But the narrative that there was no institutional awareness or enabling of the former CEO’s behavior is laughable and belied by dozens of testimonies. The lawyers’ report, for example, detailed the allegation that an employee was “on call” to engage in sexual relations with Moonves, and that a current CBS board member was aware of at least one allegation of sexual assault. (Moonves’s lawyer told the Times that he denied any “nonconsensual sexual relation” and that he cooperated with the investigation. CBS did not comment.)

The narrative that there was no institutional awareness or enabling of the former CEO’s behavior is laughable.

No one with a functioning moral compass wants Moonves to walk away with $120 million, but the denial of his severance shouldn’t exempt CBS or the entire industry, which bolstered Moonves throughout his tenure, from accountability. After over a year of #MeToo stories pouring forth from the media and entertainment industries, it seems obvious that more than a few bad apples need removing — an entire orchard should be cleared to let new trees grow. By which I mean, the abuse-enabling board members and managers removed, systems of radical accountability put in place, and pay ceilings and pay floors established to challenge the impunity-fostering power imbalances.

If “thorough investigations” were to take the need for these structural changes seriously, they would lead to an inevitable conclusion: the establishment and maintenance of robust, diverse, worker-organized bodies within industries, endowed with the power to protect and represent all workers and keep checks on bosses. Typically, we call these unions.