Sundar Pichai told the House Judiciary Committee that Google has “no plans to launch a search service in China.” 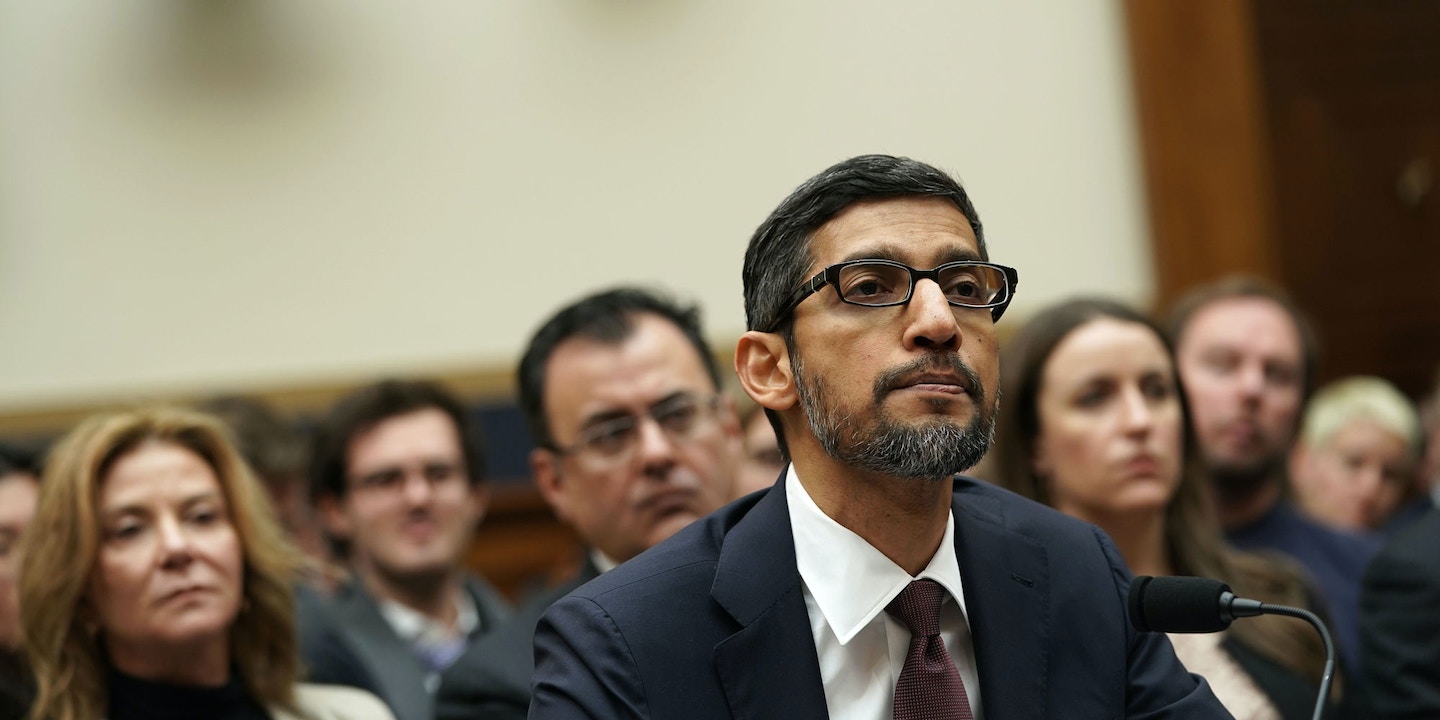 Google CEO Sundar Pichai came under fire from lawmakers on Tuesday over the company’s secretive plan to launch a censored search engine in China.

During a hearing held by the House Judiciary Committee, Pichai faced sustained questions over the China plan, known as Dragonfly, which would blacklist broad categories of information about democracy, human rights, and peaceful protest.

The hearing began with an opening statement from Rep. Kevin McCarthy, R-Calif., who said launching a censored search engine in China would “strengthen China’s system of surveillance and repression.” McCarthy questioned whether it was the role of American companies to be “instruments of freedom or instruments of control.”

Pichai read prepared remarks, stating “even as we expand into new markets, we never forget our American roots.” He added: “I lead this company without political bias and work to ensure that our products continue to operate that way. To do otherwise would go against our core principles and our business interests.”

The lawmakers questioned Pichai on a broad variety of subjects. Several Republicans on the committee complained that Google displayed too many negative stories about them in its search results, and claimed that there was “bias against conservatives” on the platform. They also asked about recent revelations of data leaks affecting millions of Google users, Android location tracking, and Google’s work to combat white supremacist content on YouTube.

It was not until Pichai began to face questions on China that he began to look at times uncomfortable.

Rep. David Cicilline, D-R.I., told Pichai that the Dragonfly plan seemed to be “completely inconsistent” with Google’s recently launched artificial intelligence principles, which state that the company will not “design or deploy” technologies whose purpose “contravenes widely accepted principles of international law and human rights.”

“It’s hard to imagine you could operate in the Chinese market under the current government framework and maintain a commitment to universal values, such as freedom of expression and personal privacy,” Cicilline said.

Pichai repeatedly insisted that Dragonfly was an “internal effort” and that Google currently had “no plans to launch a search service in China.” Asked to confirm that the company would not launch “a tool for surveillance and censorship in China,” Pichai declined to answer, instead saying that he was committed to “providing users with information, and so we always — we think it’s ideal to explore possibilities. … We’ll be very thoughtful, and we will engage widely as we make progress.”

Pichai’s claim that the company does not have a plan to launch the search engine in China contradicted a leaked transcript from a private meeting inside the company. In the transcript, the company’s search chief Ben Gomes discussed an aim to roll out the service between January and April 2019. For Pichai’s statement to Congress to be truthful, there is only one possibility: that the company has put the brakes on Dragonfly since The Intercept first exposed the project in August.

During a separate exchange, Rep. Keith Rothfus, R-Pa., probed Pichai further on China. Rothfus asked Pichai how many months the company had been working to develop the censored search engine and how many employees were involved. Pichai seemed caught off guard and stumbled with his response. “We have had the project underway for a while,” he said, admitting that “at one point, we had over 100 people on it.” (According to sources who worked on Dragonfly, there have been closer to 300 people developing the plan.)

Rep. Tom Marino, R-Pa., quizzed Pichai on what user information the company would share with Chinese authorities. Pichai did not directly answer, stating, “We would look at what the conditions are to operate … [and we would] explore a wide range of possibilities.” Pichai said that he would be “transparent” with lawmakers on the company’s China plan going forward. He did not acknowledge that Dragonfly would still be secret — and he would not have been discussing it in Congress — had it not been for the whistleblowers inside the company who decided to leak information about the project.

At one point during the hearing, the proceedings were interrupted by a protester who entered the room carrying a placard that showed the Google logo altered to look like a China flag. The man was swiftly removed by Capitol Police. A handful of Tibetan and Uighur activists gathered in the hall outside the hearing, where they held a banner that stated “stop Google censorship.”

“We are protesting Google CEO Sundar Pichai to express our grave concern over Google’s plan to launch Project Dragonfly, a censored search app in China which will help Chinese government’s brutal human right abuses,” said Dorjee Tseten, executive director of Students for a Free Tibet. “We strongly urge Google to immediately drop Project Dragonfly. With this project, Google is serving to legitimize the repressive regime of the Chinese government and authorities to engage in censorship and surveillance.”

Earlier on Tuesday, more than 60 leading human rights groups sent a letter to Pichai calling on him to cancel the Dragonfly project. If the plan proceeds, the groups wrote, “there is a real risk that Google would directly assist the Chinese government in arresting or imprisoning people simply for expressing their views online, making the company complicit in human rights violations.”