Something New Is Happening in the House: Progressives Are Winning Internal Fights

A House rule that required a supermajority to raise taxes is being iced under pressure from the Congressional Progressive Caucus. 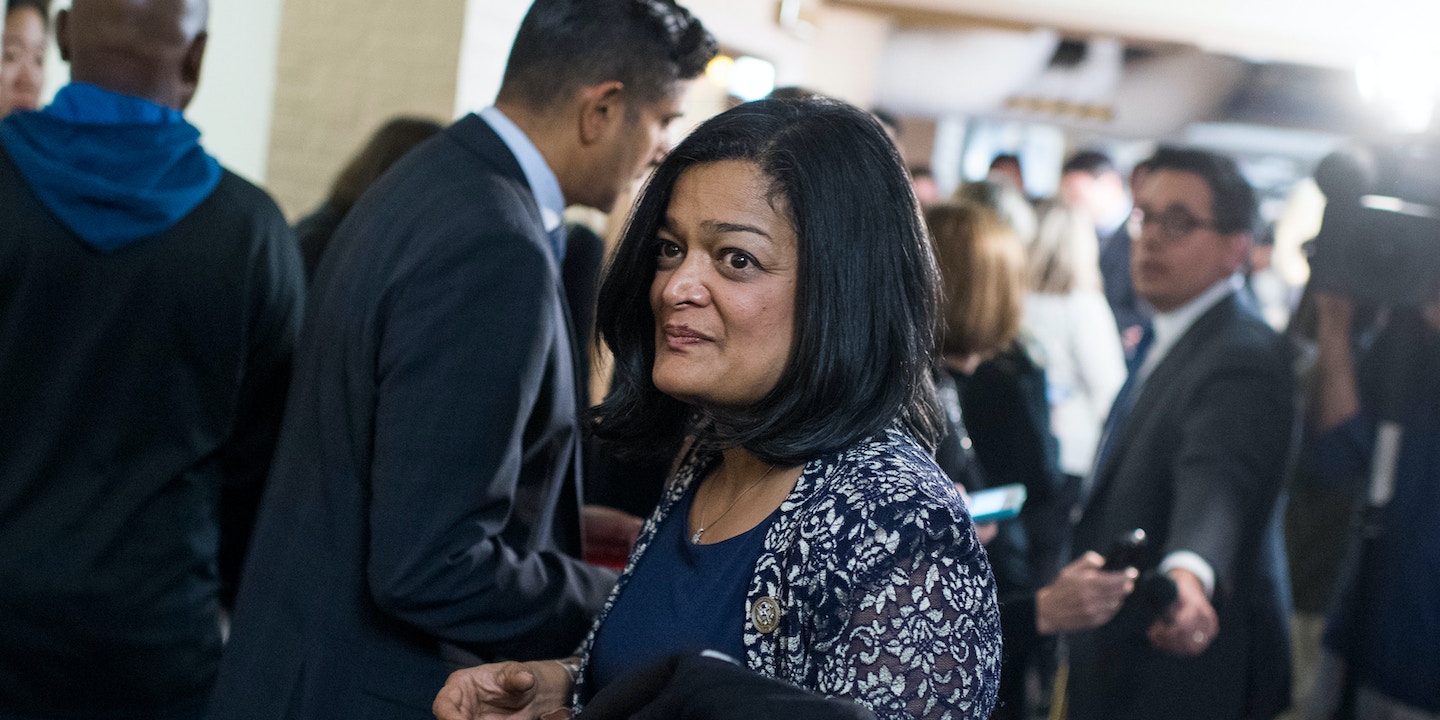 For years in the House of Representatives, a simple majority was all that was needed to pass legislation — unless that bill included a tax increase. In that case, it required a three-fifths majority, thanks to a rule implemented by former Speaker Newt Gingrich after the 1994 Republican wave.

After Democrats swept the midterms this November, party leaders suggested that they would reform the rule. Under Democratic rule, a supermajority would only be needed for tax increases that affected the bottom 80 percent of earners.

But fiscal policy has become a flashpoint in the ongoing struggle between the party’s center and its progressive wing, and the left pushed back. The new policy was an improvement, the Congressional Progressive Caucus argued, but would still handcuff the party’s agenda in a number of ways, blocking some tax policies aimed at the rich that may incidentally implicate a handful of regular people and making passage of core progressive priorities like “Medicare for All” difficult

On Tuesday, the Progressive Caucus announced on Twitter that the new rule had been defeated.

We are pleased to announce that the Rules Package for the 116th Congress will not include the 3/5 supermajority tax provision promoted by House Republicans in recent years. https://t.co/4Be05Awv5j

Democratic leaders had put the supermajority requirement into a rules package that will be voted on January 3, the first day of the new Congress.

The initial proposal faced immediate criticism from progressives, who argued that policies like tuition-free higher education or “Medicare for All” could not be accomplished without some shared tax burden beyond the top 20 percent. It would have made repealing the Trump tax cuts, and using the proceeds for progressive priorities, rather tricky.

While items on the progressive wish list are likely unable to pass under Republican control of the Senate and the White House, progressive Democrats want to pass them through the House to signal the party’s priorities to the nation and build support for when Democrats retain full control of government.

The rule could have always been waived by the House Rules Committee. But the optics of putting in a supermajority tax requirement for anything, which Rep. Gerald Connolly, D-Va., described as “kind of a Republican argument,” would have put unnecessary shackles on a Congress that already has high legislative hurdles and numerous veto points.

“The removal of this harmful provision will help progressives pass #CollegeForAll, #MedicareForAll, & other bold proposals that will deliver meaningful relief for working families,” said the Progressive Caucus in a statement on Twitter. “We appreciate the willingness of @RepMcGovern & the House Democratic Leadership to work with the Progressive Caucus on this critical issue.”

Rep. Jim McGovern, D-Mass., is the presumptive incoming chair of the House Rules Committee, which has jurisdiction over setting the rules for the House in the next Congress.

Still outstanding is another rules provision regarding requiring “pay-as-you-go” offsets. That concept, which Speaker-designate Nancy Pelosi has been promoting for some time, would mandate that all new spending is offset with budget cuts or tax increases. Progressives have similarly grumbled at that, again arguing that it would handcuff a bold agenda. Especially given the complete lack of interest from Republicans in deficit reduction policies, it would create a one-way ratchet, constraining the activist impulses of liberal policymakers while giving conservatives free rein to blow giant holes in the tax code.

Republicans waived the three-fifths rule in order to pass the Trump tax plan because it contained massive tax increases to offset some of the tax cuts.

Because Pelosi is still working to nail down the 218 votes needed for her to become speaker, the Progressive Caucus has leeway to make certain demands in a short window before the next Congress. It has already used that to secure a commitment to proportional representation on key committees that set domestic policy, and to win a spot for Rep. Barbara Lee, D-Calif., as one of three members of the leadership panel that divvies up those committee seats.

Other factions have used this leverage as well. The Problem Solvers Caucus, a bipartisan group of centrists backed by a coterie of billionaires and Mark Penn, got Pelosi to sign off on a series of rule changes that fast-track bipartisan bills and amendments to the House floor.

Due to an editing error, an earlier version of this story incorrectly included the carried interest loophole as a policy that could be implicated by Pelosi’s version of the three-fifths rule. Pelosi’s rule applied only to income tax increases.