Some Afghans fear that fewer U.S. troops will lead to more violence, while others hope the pullout will give the country a better shot at peace. 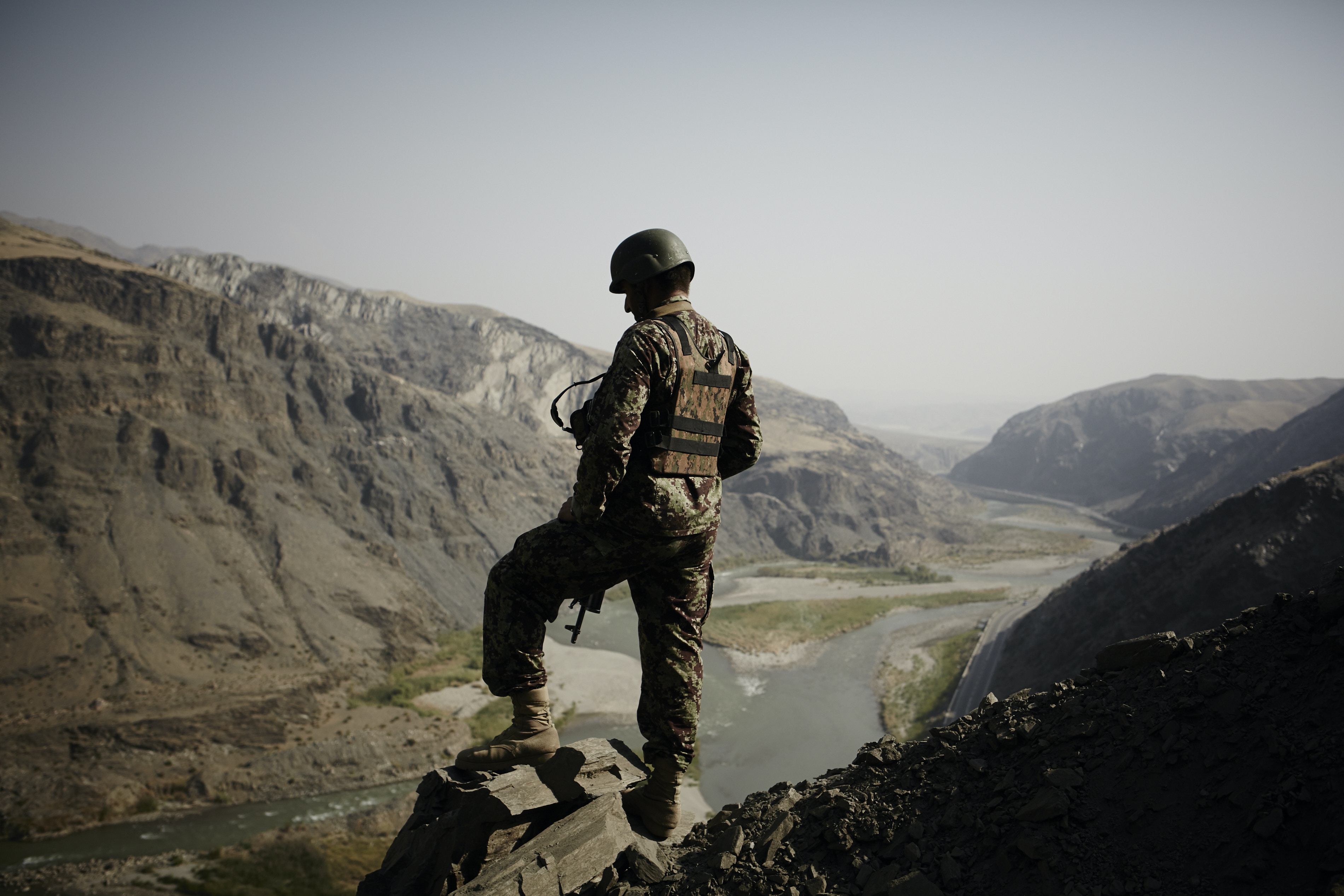 An Afghan National Army soldier overlooks a valley in eastern Afghanistan in October 2013.

There’s been a lot of talk from politicians and world leaders about President Donald Trump’s recent announcement that the U.S. will pull about 7,000 troops out of Afghanistan, reducing the American military presence there by half. But little has been heard from those with the most at stake: Afghans themselves.

The Intercept spoke with Afghan men and women from cities and rural areas about what the troop drawdown could mean for them and their families. The withdrawal announcement comes at a perilous moment for Afghanistan’s government, which has been fighting an increasingly powerful Taliban insurgency that controls more territory than ever before. Afghan security forces, most of whom come from villages and rural areas, suffered a record number of casualties during last year’s fighting season, and few are signing up to replace them. The country is also enduring its worst drought in a generation, leading to severe food shortages, especially in rural areas.

News of the pullout drew a range of responses, from trepidation to cautious optimism. Interviews in Kabul were conducted in person, while people in other parts of the country were reached by phone. Responses have been edited for length and clarity.

I was 10 when the Taliban were removed from power. We could play. There was more security. There were no bombs or explosions. Today, we have some freedoms, but there is no guarantee in cities or villages that one cannot get killed anytime, whether by Afghan forces or the Taliban. There was a wedding in my home district a few years ago. The Taliban came in by force, someone tipped off the local government, and suddenly the wedding turned into a bloodbath. This is not an isolated story. Massacres and funerals are the new normal in Kabul and in the provinces.

We want peace, an end to the bloodshed. We want to end the killings of Afghans by Afghans. Maybe we will be poorer, but we want to survive. 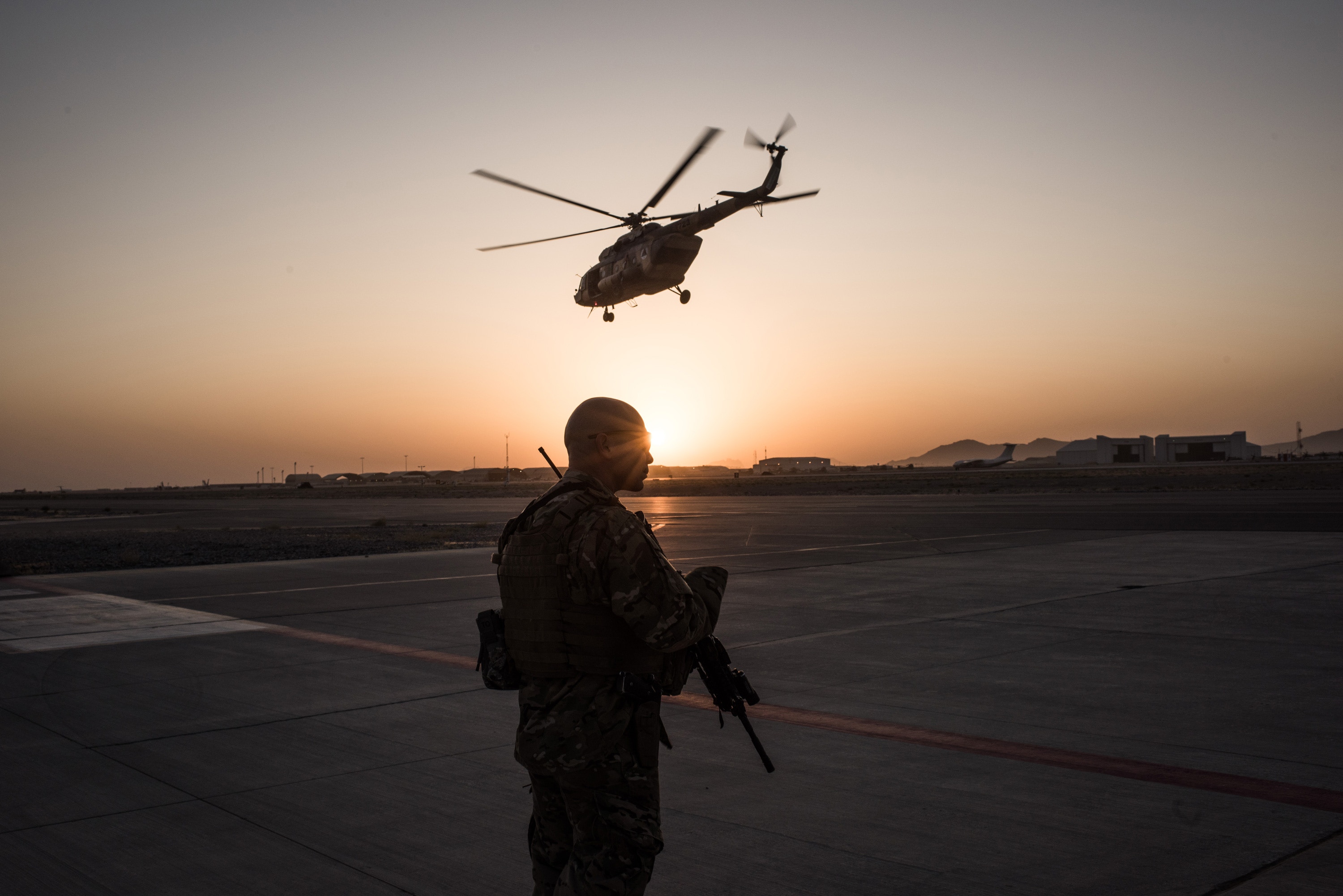 A member of the U.S. Air Force keeps watch over the runway on Sept. 9, 2017, at Kandahar Air Field in Kandahar, Afghanistan.

I was 12 years old when the Taliban were forced from power in 2001. Before that, we couldn’t go to school, we couldn’t go shopping alone, television and music were banned. Today we live in a different Afghanistan. I finished my education, I work, and I’m an independent woman.

I am not sure I trust the Taliban. Will they be able to tolerate all the changes and the transformations that have occurred? Will they accept me as an equal human being? All I have seen are bloodshed and attacks against civilians in Kabul and other cities. What if they come back and start fighting like the mujahideen did in the 1990s? So I have my fears. I think the Americans and other will leave and when they do, everything, including the women’s rights, will be compromised in the name of peace and politics.

We need an end to the war, an end to bloodshed. Our areas have been raided many times by government and foreign forces, and we also come under pressure from the Taliban. I have seen over the last many years how many Taliban have been killed. They are mostly younger men from rural areas. I once attended a funeral for a Taliban fighter who was killed in Helmand. He left behind a young widow and two children.

I traveled to Kabul for treatment last year, and I found that people were also dying from attacks in the city. Sometimes when there is a wedding, people are scared because of helicopters and planes. Once there was celebratory gunfire, and people were so scared because of the hovering helicopters. So I think if foreign forces leave, it will be peaceful. Afghanistan needs peace. A wounded Afghan girl receives treatment at the Ali Abad hospital after an attack by gunmen inside the Karte Sakhi shrine in Kabul on Oct. 11, 2016.

The Taliban have taken control of major cities a few times. They are stronger, more brutal. I heard on the radio that Trump said he wouldn’t take troops out soon, then the withdrawal was announced in the night. I have a son serving as a commando in the Afghan National Army in Helmand and he is worried. American jets and support are why Afghan commandos are successful. Everyone knows Afghanistan still doesn’t have an air force. We are still fully dependent on the Americans for logistics, intelligence, air support, and money.

The Taliban are now attacking mosques, clinics, and wedding halls. They don’t care if women or children get hurt. My son told me that the Taliban and Pakistani militants burned the whole city of Ghazni. Homes were targeted. People fled.

My son has lost so many of his friends. Every time he leaves home, I am afraid. His mother is worried. His wife and children are worried. Sometimes we want to keep him from doing his job, but he loves his job. I always pray for his safety and well-being.

One day the Americans will leave like the Russians did. But I fear that if the Americans leave now, the Taliban will take over and we will have a civil war. I have been watching Trump on TOLO [TV news channel] and he is a crazy man. With him, anything is possible.

The announcement about American forces leaving is worrying. It suggests that the U.S. is done with Afghanistan. Now they want to work with the Taliban, to hand Afghanistan over to the Taliban. In fact, the Americans have been defeated by the Pakistanis and the Taliban. They are now making a deal with the people who killed Americans, first in New York and then in Afghanistan, for the last 17 years. The U.S. withdrawal could embolden the Taliban and the terrorists from many foreign countries who are still here and who have not been defeated.

People have bad memories in Mazar. I myself remember the street-to-street bloodbath in this city in 1998. I saw how Gen. Abdul Rashid Dostum’s fighters battled the Taliban here. If that situation repeats itself, we will have a massacre. What Afghans want is a guarantee that there will not be street-to-street fighting. No one wants a single day of war.

I can’t flee from this city. This is my home. This is where my five children live. The Taliban are in the countryside in Balkh Province, not far from Mazar. I think the decision to withdraw so many U.S. troops has scared many people.

In our district, most of the men are in the Afghan National Security Forces, most people are armed, and there are rivalries. There is hardly a day, a week, or a month without funerals in the district. There are many widows and many people have lost their family members. I am not sure what the Taliban would do to people in Andarab and other places. I am also worried what would it be like to live under the Taliban. Before, they governed very strictly, so I hope that foreign forces can stay in Afghanistan forever, as a guarantee that we don’t go back to the Taliban days or, God forbid, have a civil war. Look what happened when the Russians left Afghanistan. The Afghan government collapsed, and we had chaos and fighting. 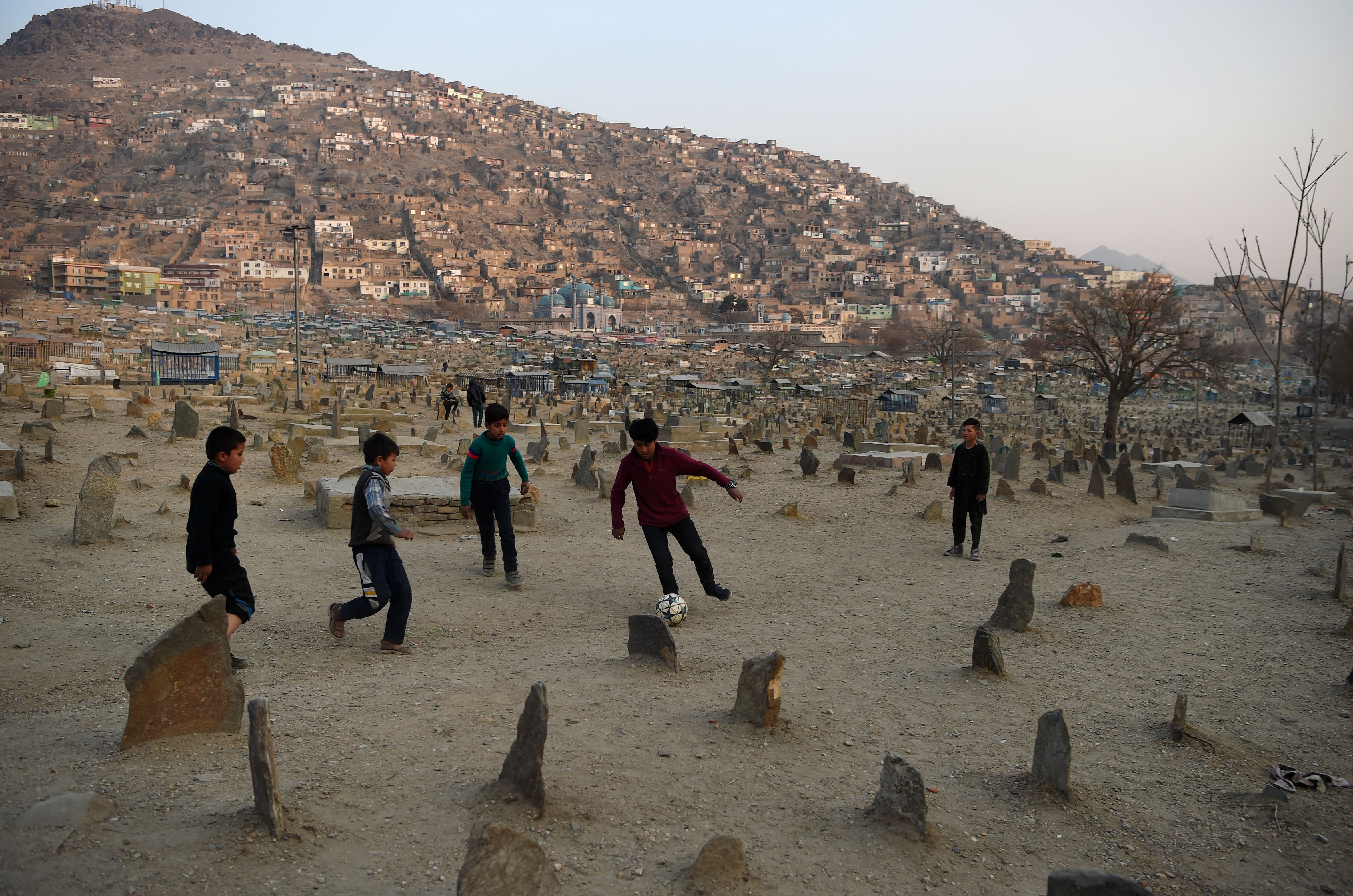 Afghan boys play football at at the Karte Sakhi cemetery in Kabul on Dec. 30, 2018.

This decision will have a negative impact. A self-serving transition was the consideration, not the interest of Afghans. Terrorism and extremism have not finished here. The position of Afghans is 1,000 times worse than in 2001.

The first negative impact of this decision will be casualties and fatalities within the Afghan National Defense and Security Forces — both lives and equipment. From the government’s point of view, there is disorganization and instability, and we are heading toward more instability. Pakistan, Iran, Arab nations, the Russians, and others are interfering. If this is implemented in a hurry, we will lose more capabilities and we won’t be able to provide security.