The Defense Department quietly announced that it would be paring back its “strike releases,” which watchdogs use to corroborate reports of civilian harm. 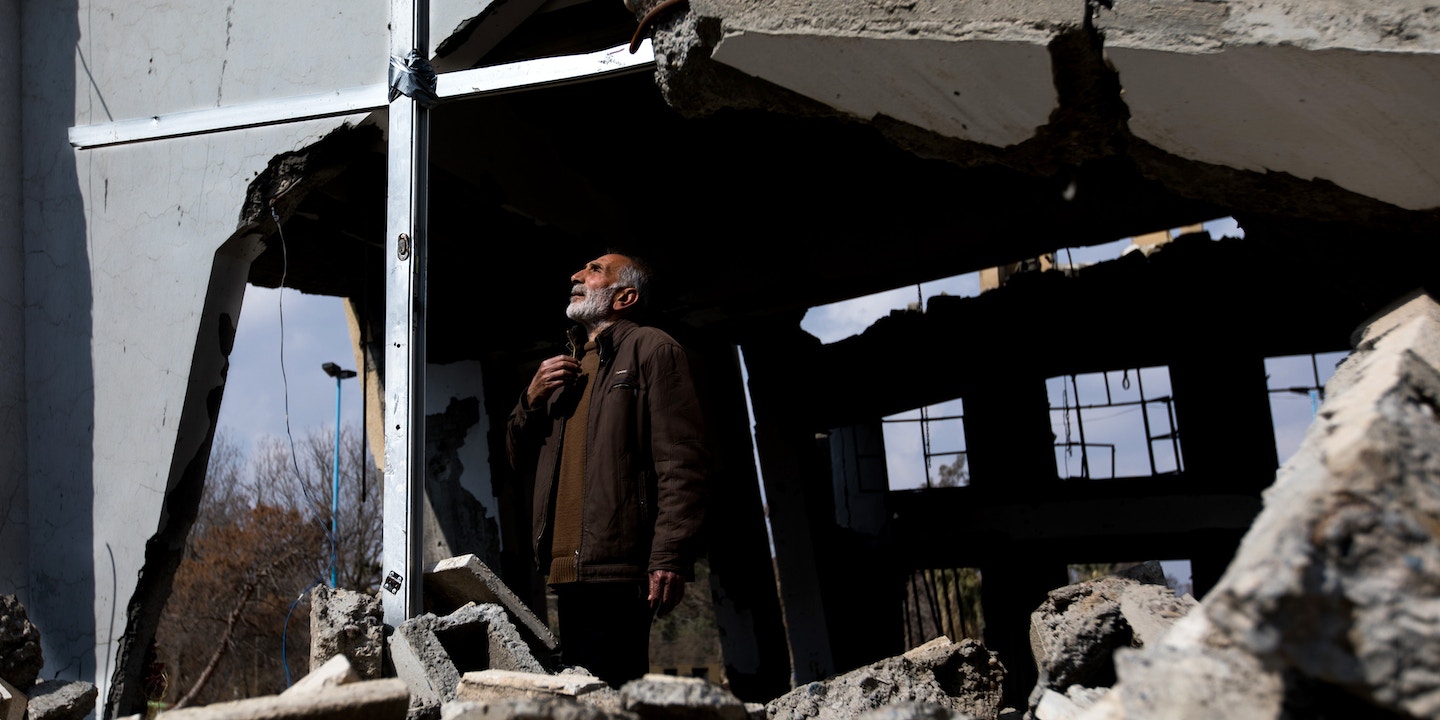 The change comes as the U.S. military has ramped up its bombing offensive against ISIS in eastern Syria following President Donald Trump’s surprise announcement of a troop withdrawal last month. While many of the U.S.-led coalition’s actions against ISIS were shrouded in secrecy, the strike releases, which the military has been issuing since the start of the campaign against ISIS in 2014, were valuable tools for watchdogs that work to corroborate reports of civilian casualties.

“The only claim I’ve seen publicly made is that with ISIS almost beat, there’s less need for detailed releases,” said Chris Woods, the founder of Airwars, a London-based nonprofit that monitors and assesses civilian harm from bombing campaigns in Iraq, Syria, and Libya. “Yet both strikes and civilian harm are at their highest levels since Raqqa. Reducing transparency is entirely counterproductive in our view.”

In a note appended to the top of its January 4 strike release, the Defense Department announced that strike releases would be cut from weekly to biweekly. The subtext of the announcement is that even with biweekly releases, transparency about the bombings, including the dates of specific strikes and the buildings or groups targeted, has become the latest collateral damage.

Between December 16 and December 29, 2018, the coalition against ISIS “conducted 469 strikes consisting of 1,001 engagements in Syria, and conducted nine strikes consisting of 14 engagements in Iraq,” the strike release read. No dates were provided and targets were so vaguely described (“fighting positions,” “seven buildings”) that researching specific bombings is nearly impossible.

Previous strike releases, such as this one from December 19, 2018, provided specific information, including dates, cities, and towns affected, and specific targets.

In announcing the policy change, the U.S. military said frequent strike releases were not necessary due to “the degradation of ISIS” and “decreased kinetic activities against the terrorist organization.”

But this explanation doesn’t match the reality on the ground; though ISIS has lost much of its territory, the group continues to fight back in the sliver of Syria that remains under its control. On Tuesday, a suicide bombing by ISIS killed nine of the group’s militants and 23 members of the U.S.-backed, Kurdish-led group leading the charge against ISIS on the ground.

The military’s rationale for curbing strike releases also contradicts statements by its own officials. In a January 3 statement provided to The Intercept, the Defense Department acknowledged an “increase in strikes in late December” targeting ISIS in eastern Syria. The Defense Department did not respond to questions about changes to strike releases. Instead, Defense Department officials on Tuesday provided a statement that again acknowledged the increased strikes in December against ISIS. “We will continue in our mission until we and our partners have achieved an enduring defeat of ISIS,” the statement read.

Before and after Trump’s announcement to withdraw 2,000 U.S. troops from Syria — which will now apparently be a slow exit — the Defense Department quickly escalated its bombing campaigns in the country. In a report released last week, Airwars found that coalition bombings in November 2018 led to the highest civilian death toll since ISIS lost control of its former de facto capital, Raqqa, in October 2017. At least 221 civilians, most of them women and children, were killed in the November 2018 bombings, according to Airwars. Reports indicated that 30 children were killed in the village of Al Shafah, an incident that the United Nations International Children’s Emergency Fund condemned. Since August 2014, at least 7,000 civilians in Syria and Iraq have been killed in U.S.-led coalition airstrikes, according to Airwars.

The ferocity of the bombings in Syria appears to have increased further in December, particularly in the eastern province of Deir al-Zour, where ISIS fighters have clustered in a string of towns and villages along the Euphrates River, near the border with Iraq. Those December airstrikes targeted civilian buildings, including a hospital and a prison, as The Intercept and Al Jazeera reported last month.

In the final week of 2018, the bombing campaign relentlessly attacked Al Kashmah, leaving the village leveled by New Year’s Day, according to sources on the ground. The extent of the bombing campaign in Al Kashmash and nearby ISIS-controlled villages — now crowded with civilians who have fled bombed-out towns and villages farther north along the Euphrates — is unclear due to the new lack of detail in the U.S. military’s strike releases.

Strike releases have been critical for monitoring groups tracking U.S.-led coalition bombings in Syria and Iraq, allowing these groups to match official information about bombings with civilian reports on the ground. Airwars described the change to strike releases as “a major blow for public accountability.”

“Since August 2014, the U.S.-led coalition has made public the date, near location, and targets of more than 30,000 air and artillery strikes in Iraq and Syria. That information has been vital for cross-referencing against public claims of civilian harm — and has contributed to more than 1,100 civilian fatalities being conceded to date by the coalition,” said Woods of Airwars. “Abandoning transparency of location and date even at this late stage of the war means Iraqis and Syrians are now far less likely to know whether the U.S. and its allies have potentially harmed their loved ones.”

As strike releases become increasingly thin, the bombings in Deir al-Zour are ongoing, with ISIS fighters being pushed south toward the Iraq border. Two sides of a leaflet dropped in Deir al-Zour province.Photos: Obtained by The Intercept

U.S. planes this week dropped leaflets into the remaining ISIS-controlled villages, encouraging surrender. The Intercept obtained a photo of one such leaflet, which shows the black ISIS flag in flames. On one side, it reads in Arabic: “Your war is nearing the end, and your organization’s loss is certain. Surrender yourselves to the liberating forces and don’t fight. Your cooperation with these forces is the best outcome for you and your families.”

On the other side, it says in English, using a pejorative term for ISIS: “You are trapped in the your (sic) areas. There is no safe way out for you. Daesh is finished and do you trust your Syrian brothers?”