What do you do when the government is shut down, running on autopilot, and about to crash into you? 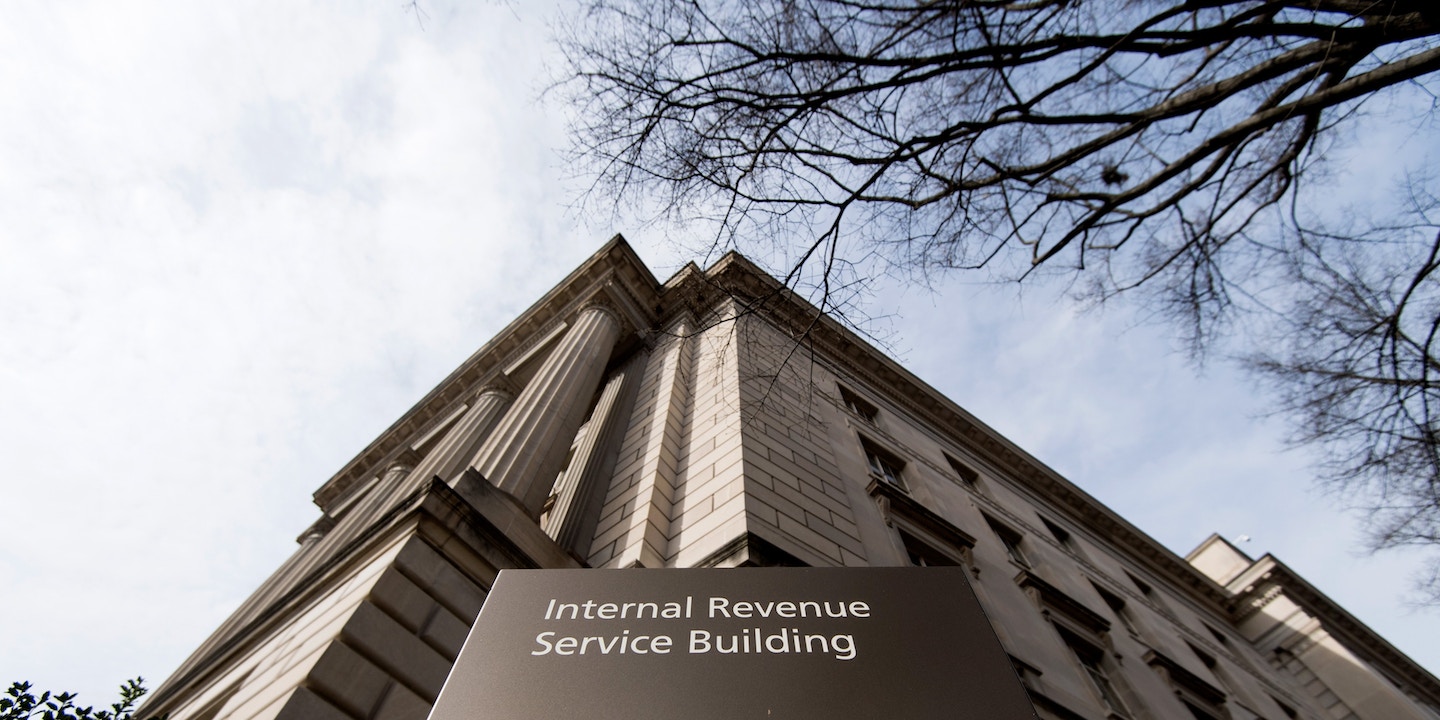 The letter from the IRS is dated December 24, 2018, the Monday after the start of the government shutdown. The headline reads, “Notice of intent to seize (levy) your property or rights to property.” It describes how the recipient, Aaron Caddel, owner of a small chain of boutique bakeries called Mr. Holmes Bakehouse, has 30 days to pay the tens of thousands of dollars allegedly owed the government or face seizure of the funds from his company’s bank account.

Caddel, who has two stores in Los Angeles and one in San Francisco, insists that the entire issue is a misunderstanding, one he had been working with the IRS to resolve before the shutdown. But now, though, as computer-generated delinquency letters continue to get sent, Caddel can’t find a live human being at the IRS to respond to him and prevent the asset seizure. “Right now, we’re reaching dial tones,” Caddel said.

The Intercept called the phone number provided on the letter for recipients wishing to contest the seizure, and got the following message: “Welcome to the Internal Revenue Service. Live telephone assistance is not available at this time. Normal operations will resume as soon as possible. … We apologize for any inconvenience.”

The almost Kafka-esque situation, in which the IRS methodically moves forward with cash seizures and taxpayers struggle to find anyone available to stop them, is one of the more unique consequences of the government shutdown, which on Saturday became the largest in American history. The shutdown has hurt small businesses more directly through the halting of Small Business Administration loans. But potentially being whacked in tax disputes, seemingly without recourse, adds a twinge of unfairness into the mix.

Small businesses aren’t the only ones suffering as the shutdown lingers, of course. Health and safety inspections of public housing have stopped, and rental assistance payments could dry up at the end of the month. A lack of tax information has begun to delay home closings, a major aspect of the economy. Airline safety is “eroding,” according to air traffic controllers and pilots. FBI agents say investigations have ground to a halt. Farmers are teetering as loans and statistical information about crops become unavailable. Washington, D.C., has become a ghost town as thousands of workers are furloughed, damaging local businesses. Native American tribes are having difficulty keeping basic services, like food banks and medical clinics, running. National parks are being tragically defaced by thrill-seekers, causing damage that will last decades or more. That’s just a partial list.

Perhaps the most out-of-luck people in the shutdown are the thousands of workers the federal government pays the least: low-wage contract workers who perform janitorial, security, and food service tasks at public buildings. While the Senate unanimously passed a bill on Thursday guaranteeing that federal employees furloughed in the shutdown will receive back pay for the days missed, contract workers have not received that assurance and typically do not receive restitution.

Larry Howard, a greeter at the National Zoo, which was closed December 31, has been made anxious by the lost pay. “I’m angry, frustrated, fearful, and stressful,” Howard told The Intercept in an interview. “I’m feeling the pinch already.”

For Caddel, the problems began in the fall. He says that the IRS made a mistake with payroll tax deposits from Mr. Holmes Bakehouse. The company uses a payroll administrator, Paychex, which withholds money from worker paychecks and sends it to the government every quarter. Caddel got a notification from the IRS that his business missed the payroll deposit for the second quarter of 2018.

Paychex maintains that they sent payroll taxes to the government, and that the IRS just miscategorized the payment. For months, Caddel and Paychex worked with the IRS to try to resolve the matter. But that contact ended with the shutdown. The final notice, however, was sent, starting a 30-day clock before asset seizure.

It’s unclear to Caddel whether any of the skeleton crew still working at the IRS is involved in his case. Under the IRS’s shutdown contingency plan, activities “necessary for the protection of government property,” which includes seizure cases, are excepted from the shutdown. That means that an IRS agent who is not furloughed could legally seize Caddel’s business assets as soon as the 30-day clock triggered by the notification expires on January 23.

While the IRS recently announced that it would process tax refunds as filing season gets underway, customer service lines are down, as is the Taxpayer Advocate Service, one option for taxpayers contesting seizures. The U.S. Tax Court, a venue for disputes, has closed, and walk-in taxpayer assistance centers are also shuttered. Caddel and others in his situation could send a certified letter to the IRS asking to stop the immediate seizure, formally confirming his contesting of the situation. But he’d have to hope that the right person receives it in time.

Since the shutdown, Caddel has not been able to reach anyone to contest his case. “This is the one moment in our business life when we want to talk to the IRS,” he said. Caddel added that the issue would not be fatal to Mr. Holmes Bakehouse, but still significant. “With small business, cash flow is vital. We’d be able to make the payment, but it definitely would be super impactful to us.”

Calls to the IRS press office were not answered. Emails to the Treasury Department and the Office of Management and Budget were not returned.

Caddel surmised that other individuals and businesses were in the same Catch-22, and there’s some evidence for that. In 2013, Reuters reported on taxpayers being “left defenseless” against asset seizures during that 17-day shutdown.

“I promise you there are several people in this situation,” Caddel said.

Howard, a 62 year-old single man, says he loves his job greeting visitors to the National Zoo. The work is always somewhat seasonal, with fewer hours in the winter because of the weather. But on December 29, Howard and his colleagues got an email from his bosses at Friends of the National Zoo, or FONZ, a nonprofit which contracts with the government to provide employees for zoo activities. The email informed them that the National Zoo and Smithsonian museums would close starting December 31.

Salaried employees are expected to work from home with pay, the email explained, and full-time hourly employees are furloughed but will receive 50 percent compensation for the first two weeks of January and 20 percent for the third week. FONZ is even covering the employee portion of medical benefits for those full-time hourly workers, and offering a $500 interest-free wage advance.

However, workers like Howard in retail and guest services positions, who get variable hours, receive no compensation during the shutdown. “This was a very difficult decision, and I am hoping that the shutdown is quickly resolved so the impact is minimized to our guest-facing Variable Hour team members,” the email reads. Howard could take paid vacation time, which he does receive, to at least generate some income. But that would run out rapidly.

According to Howard, this is not how FONZ handled low-wage workers during the 2013 shutdown. “They gave us training, and made sure we had money in our pockets,” he said. “This time we’re stranded on our own; nobody is saying anything.”

Howard makes $13.50 an hour, just above the Washington, D.C., minimum wage of $13.25. He survives in part thanks to Medicaid and food stamps, the latter of which could be threatened if the shutdown extends beyond February. But being out of work has already strained his finances. He has roommates helping out with his rent, but no family to assist him as bills mount.

“I hope Congress will pass some kind of bill for our suffering and pain,” Howard said, mindful that federal contract workers are typically not given back pay after a shutdown. “It’s not fair that we are the fall person. Not fair at all.”

It may not be fair, but it’s how Washington has traditionally worked for contract workers who clean federal buildings, operate cafeterias, and work as security guards. When the government shuts down, they typically don’t get paid. This time around, some have resorted to opening GoFundMe pages to pay their rent as the shutdown drags on.

Some Democrats in Congress are mobilizing on behalf of low-wage contract workers. Freshman House member Ayanna Pressley, D-Mass., has called for retroactive compensation. “I stand in solidarity with the with the working people who have been held hostage by this partial government shutdown,” Pressley wrote in a letter to congressional leaders.

On the Senate side, Minnesota Democrat Tina Smith has led the charge, working on legislation with five colleagues that would reinstate back pay for low-wage contract workers. She organized 33 Democrats on a letter to the Office of Management and Budget, asking it to direct federal agencies to work with contractors to ensure back pay. “Contract workers and their families should not suffer the consequences of a shutdown they did not cause,” the letter states.

Sen. Sherrod Brown, D-Ohio, a possible presidential candidate, shared stories of contract workers on Twitter this week, using the hashtag #ShutdownStories. Like Howard, all the workers in Brown’s shutdown stories are people of color. “President Trump’s temper tantrum is hurting the people who make this country work,” Brown said in a statement.

One last-resort option for workers dealing with the shutdown is to quit. Labor markets are tight and there are more jobs than people looking for them, making this option attractive. Numerous Transportation Security Administration workers have decided to find other work, according to its union.

Howard doesn’t want to quit his job greeting guests at the zoo, but he’s already been testing out the job market. “I hate to think about leaving, as I love working there, have a great time with my coworkers, and I love the animals,” he said. “But I have bills to pay and a roof to keep over my head, and losing that is not an option for me.”