BuzzFeed News dropped one of the biggest bombshells of the Trump presidency: that Donald Trump asked Michael Cohen to lie to Congress. 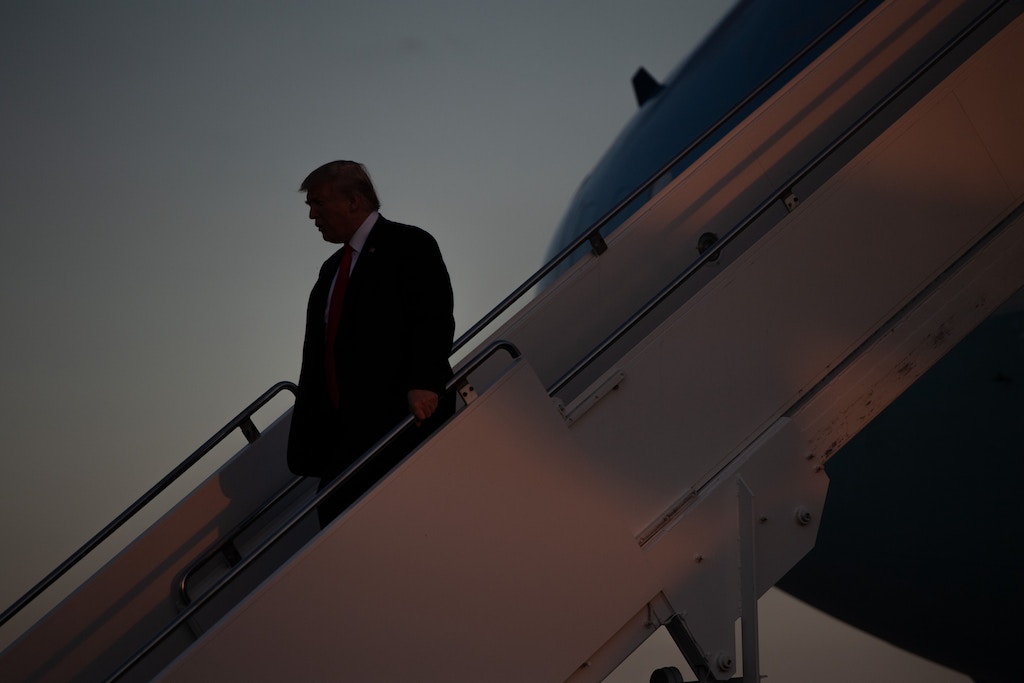 On Thursday, at 10:11 p.m. ET, BuzzFeed News dropped one of the biggest bombshells of the Trump presidency: “President Donald Trump directed his longtime attorney Michael Cohen to lie to Congress about negotiations to build a Trump Tower in Moscow, according to two federal law enforcement officials involved in an investigation of the matter.”

Let’s be clear: This is obstruction of justice, plain and simple. If this report from BuzzFeed News is correct, the president has committed a crime — obstruction of justice is prohibited by a number of federal criminal laws, including obstruction of judicial proceedings (18 U.S.C. 1503) and witness tampering (18 U.S.C. 1512) — and should therefore be impeached and indicted. (On Friday night, the Special Counsel’s Office investigating the Trump campaign’s ties to Russia disputed some of the specifics and characterizations of BuzzFeed’s report, but BuzzFeed editor Ben Smith is standing by the story.)

Trump’s lawyers have always claimed that the president “cannot obstruct justice because he is the chief law enforcement officer” under the Constitution. Again, let’s be clear: This is ahistorical nonsense; it is Trumpian dishonesty and deflection of the most brazen sort.

Tell that to Richard Nixon. The very first article of impeachment adopted by the House Judiciary Committee in July 1974 stated that Nixon had “prevented, obstructed, and impeded the administration of justice,” and in the wake of the Watergate break-in, had “engaged personally and through his close subordinates and agents, in a course of conduct or plan designed to delay, impede, and obstruct the investigation of such illegal entry; to cover up, conceal and protect those responsible; and to conceal the existence and scope of other unlawful covert activities.”

Tell that to Bill Clinton. In December 1998, the House of Representatives passed two articles of impeachment against him, one of which stated that Clinton had “prevented, obstructed and impeded the administration of justice, and has to that end engaged personally, and through his subordinates and agents, in a course of conduct or scheme designed to delay, impede, cover up and conceal the existence of evidence and testimony related to a Federal civil rights action brought against him in a duly instituted judicial proceeding.”

In Nixon’s case, the article of impeachment listed nine different examples of obstruction; in Clinton’s case, there were seven such examples.

What would such a list look like in Trump’s case? At the top of it would have to be the devastating allegation contained in this latest BuzzFeed News story, based on two law enforcement sources:

Now the two sources have told BuzzFeed News that Cohen also told the special counsel that after the election, the president personally instructed him to lie — by claiming that negotiations ended months earlier than they actually did — in order to obscure Trump’s involvement. The special counsel’s office learned about Trump’s directive for Cohen to lie to Congress through interviews with multiple witnesses from the Trump Organization and internal company emails, text messages, and a cache of other documents. Cohen then acknowledged those instructions during his interviews with that office. … It is the first known example of Trump explicitly telling a subordinate to lie directly about his own dealings with Russia.

As even Trump’s own nominee for attorney general, William Barr, confirmed this week in front of the Senate Judiciary Committee, a president persuading a person to commit perjury would constitute obstruction of justice.

Then there is the firing of former FBI Director James Comey in May 2017. The president may have had the legal authority to fire him, but it became obstruction of justice the moment he showed “corrupt intent.” How so? Trump told NBC’s Lester Holt that he had been thinking of “this Russia thing” when he decided to get rid of the FBI boss. The day after he fired Comey, Trump told the Russian foreign minister — of all people! — that “great pressure because of Russia” had been “taken off.”

But there are also plenty of other examples of the president obstructing justice with “corrupt intent.” As a recent study by the Brookings Institution handily summarized:

To take only a few examples, it has … been reported that President Trump: attempted to block Attorney General Sessions’ recusing himself from the Russia investigation despite the AG’s clear legal duty to do so; asked Sessions to reverse his recusal decision; demanded and obtained the resignation of Sessions for his failure to contain the Russia investigation (before ultimately rejecting it); twice ordered the firing of Special Counsel Robert Mueller; dictated a false account for a key witness, his son Donald Trump Jr., of the June 9, 2016 Trump Tower meeting between campaign and Russian representatives; publicly attacked Special Counsel Mueller and key witnesses to the obstruction case; and has repeatedly disputed the underlying Russian attack and Vladimir Putin’s role in it despite possessing evidence to the contrary.

So what now? Trump’s apologists argue that he cannot be indicted; they point to Department of Justice guidance that says that the indictment of a sitting president “would unconstitutionally undermine the capacity of the executive branch to perform its constitutionally assigned functions.”

Is there an appetite on the Democratic side for launching impeachment hearings, prior to the conclusion of Robert Mueller’s investigation into alleged collusion between the Trump campaign and the Russian government? On Thursday night, Rep. Ted Lieu tweeted: “Based on the Buzzfeed report and numerous other articles showing @realDonaldTrump committed Obstruction of Justice and other possible felonies, it is time for the House Judiciary Committee to start holding hearings to establish a record of whether @POTUS committed high crimes.” Former Attorney General Eric Holder tweeted: “If true — and proof must be examined — Congress must begin impeachment proceedings.” We will find out in the coming days and weeks, though, how many other top Democrats are willing to get onboard the impeachment train.

On this week’s Deconstructed podcast, I asked new member of Congress Rashida Tlaib — who only a few hours after being sworn in on January 3 grabbed the headlines by pledging to “impeach the motherfucker” — how she responded to critics on the left and the right who suggest that impeachment by a Democrat-led House would be a colossal waste of time and resources, given a Republican-led Senate would never agree to convict Trump and remove him from office.

“It’s not a waste of time to hold the president of the United States accountable,” she told me. “We need to understand our duties as members of Congress. And I believe, looking at even Nixon’s impeachment … it was Republicans and Democrats coming together and putting country first.”

There is very little chance of the modern Republican Party putting the national interest above their own partisan interests. So every GOP member of Congress should be asked, again and again, the fundamental questions posed by founding father George Mason at the Constitutional Convention in 1787, in response to those who objected to the inclusion of an impeachment clause in the new Constitution.

“Shall any man be above justice?” he asked. “Above all, shall that man be above it, who can commit the most extensive injustice?”

Update: Jan. 18, 2019, 9:07 p.m.
This story has been updated to include a reference to the Special Counsel statement Friday night disputing BuzzFeed’s story as well as a statement from BuzzFeed officials saying they stand behind the story.