A Brooklyn teen was raped by NYPD officers. Her story led to a change in the law around rape in police custody — but the change won’t affect her case. 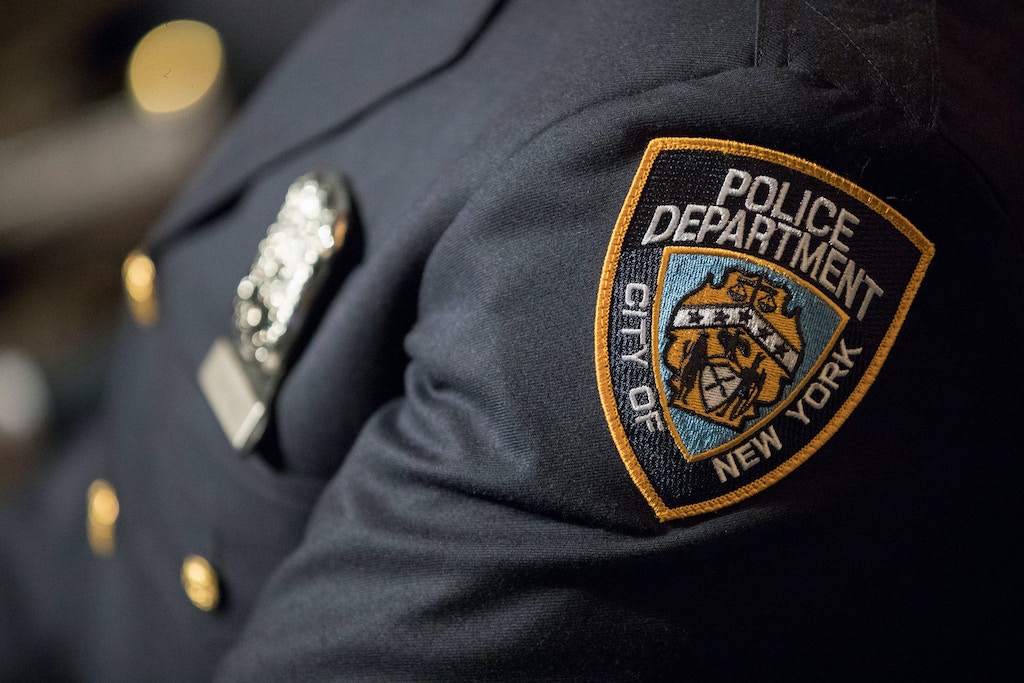 Last March, the New York State Senate unanimously passed a bill that should have always been a law. Senate bill S7708 asserts that when a person is “under arrest, detention or otherwise in actual custody” by a police officer or other law enforcement official, that person is incapable of consenting to a sexual encounter. That is to say the obvious: There’s no uncoerced sex in police custody — there’s only rape.

There is little common sense informing the legal battle that Anna Chambers currently faces in trying to prove that she was raped by two New York Police Department officers.

Gov. Andrew Cuomo called the legislation “common-sense reform” that closes an “egregious loophole.” That being said, there is little common sense informing the legal battle that Anna Chambers currently faces in trying to prove that she was raped by two New York Police Department officers who admit to having sex with her while she was in their custody in September 2017, as DNA tests confirmed. The latest updates in Chambers’s case demonstrate a judicial process continuing to operate under the pernicious logic of a perverse legal loophole — allowing cops to claim, impossibly, that consent was given — even as the loophole is being closed.

Chambers — who uses a pseudonym to protect her privacy — has remained consistent about the central aspects of her story since The Intercept first covered it in October 2017: On the night of September 15, 2017, she and two male friends were stopped by the police while driving in the Brighton Beach neighborhood of Brooklyn. The cops searched the car and found a small amount of drugs. Only Chambers was then detained, handcuffed, and placed in NYPD detectives Richard Hall and Edward Martins’s unmarked van. They drove a short distance and then Chambers was forced to perform oral sex on both officers and vaginal sex with Martins. Then the cops left her on a corner.

Chambers went to a hospital that night; a rape kit confirmed the presence of the officers’ semen in her mouth and vagina. Within hours of Chambers’s civil attorney Michael David filing a lawsuit against the NYPD, a story was leaked to the New York Post in which the officers claimed that the sex was consensual. “The police were trying to get ahead of the story,” David told me at the time.

The police officers are poised to continue using that defense in court, in a trial that was slated to begin this week.

“If the law [S7708] was on the books when the rape occurred, this case would be shut and closed already,” New York City Council Member Mark Treyger told me. Treyger, on hearing of Chambers’s case, was the first public official to call for a change in state legislation. “I’m disappointed in this latest turn of events,” Treyger said, “that Ms. Anna Chambers has to relive this trauma again, while every syllable she has said is tracked. What message are we sending when we have a confession, we have DNA evidence, and we still can’t guarantee her the justice she deserves?”

As of last week, the Brooklyn District Attorney’s Office prosecuting Hall and Martins — who have since been fired — for the first-degree rape of Chambers asked to be removed from the case and replaced with a special prosecutor. Defense lawyers in the case made the same rare request for a special prosecutor. As such, the trial, which was meant to begin on Tuesday, has been delayed as the judge reviews the request. The next scheduled court date is February 6.

Key among the reasons the prosecution cited for asking to be replaced is Chambers’s credibility as a witness. In its letter to the judge, the district attorney’s office claimed that Chambers, who was 18 at the time of the rape, made “a series of false, misleading, and inconsistent statements about the facts of this case and about collateral or unrelated matters.” The letter continued, “Most troubling, she made some false statements under oath.” The prosecutors cite Chambers’s “hostility” to their office and note that due to her “false, misleading and inconsistent statements … legal requirements prohibit us from calling her to testify under oath.”

With DNA evidence and admissions by the defendants of sex with a detainee, Chambers’s testimony should be irrelevant and unnecessary.

Therein lies the iniquity at the core of its case: With DNA evidence and admissions by the defendants of sex with a detainee, Chambers’s testimony should be irrelevant and unnecessary. Instead, it is the teen’s credibility and character under legal and public scrutiny. The defense has asked for a special prosecutor empowered to investigate the survivor herself for perjury and “related offenses” — a risk Chambers should not be facing were the DNA evidence and cops’ admissions considered sufficient to show rape.

Chambers took to Twitter last week to deny that she lied under oath. “No. I only said what the DA told me to say,” she wrote. But, again, if the case were not organized around an outdated and glaring legislative failure, Chambers would not need to testify to prove a rape occurred. It is an indictment of the legal system that the common sense of S7708 has not already been applied in this case. Sound legal judgement, even if not represented de jure law, should assert that the power dynamic between a police officer and a handcuffed detainee precludes consent. “If our system doesn’t get this case right, there will be a great chilling effect,” Treyger told me.

There’s a risk in suggesting that a legislative reform like the passage of S7708 will deliver justice to future survivors of police sexual assault — a risk within the broader mistake of conflating law with justice. It’s feasible that had the law already been on the books at the time of Chambers’s rape, her assaulters would not have admitted to sex on duty as a defense; perhaps they would have claimed that the sex occurred off-duty and yet again a grimy he-said-she-said of so many sexual assaults would have ensued.

Even once the laws around on-duty rape are expanded, there’s little doubt that police will continue to presume much of the impunity to which they are accustomed. Under New York penal law, for example, it is already the case that there can be no consensual sex between corrections officers and detainees. But a 2012 Justice Department report found that half of the 200,000-plus sexual assaults reported in U.S. detention centers every year cited prison guards or staff as the alleged abuser.

This, we know: Because of Chambers’s case — and the widespread recognition that what happened to her constituted rape — a grievous flaw in New York law came to light and has been addressed. It is an injustice on a historic scale that the 19-year-old survivor cannot rely upon the very law that her torturous experience helped change.