Trump Wanted to Goose Paychecks, but Now a Surprise Bill May Be Coming Due for Tax Filers

The IRS was under pressure to set withholding so that paychecks looked fatter. But now it’s time to pay the check. 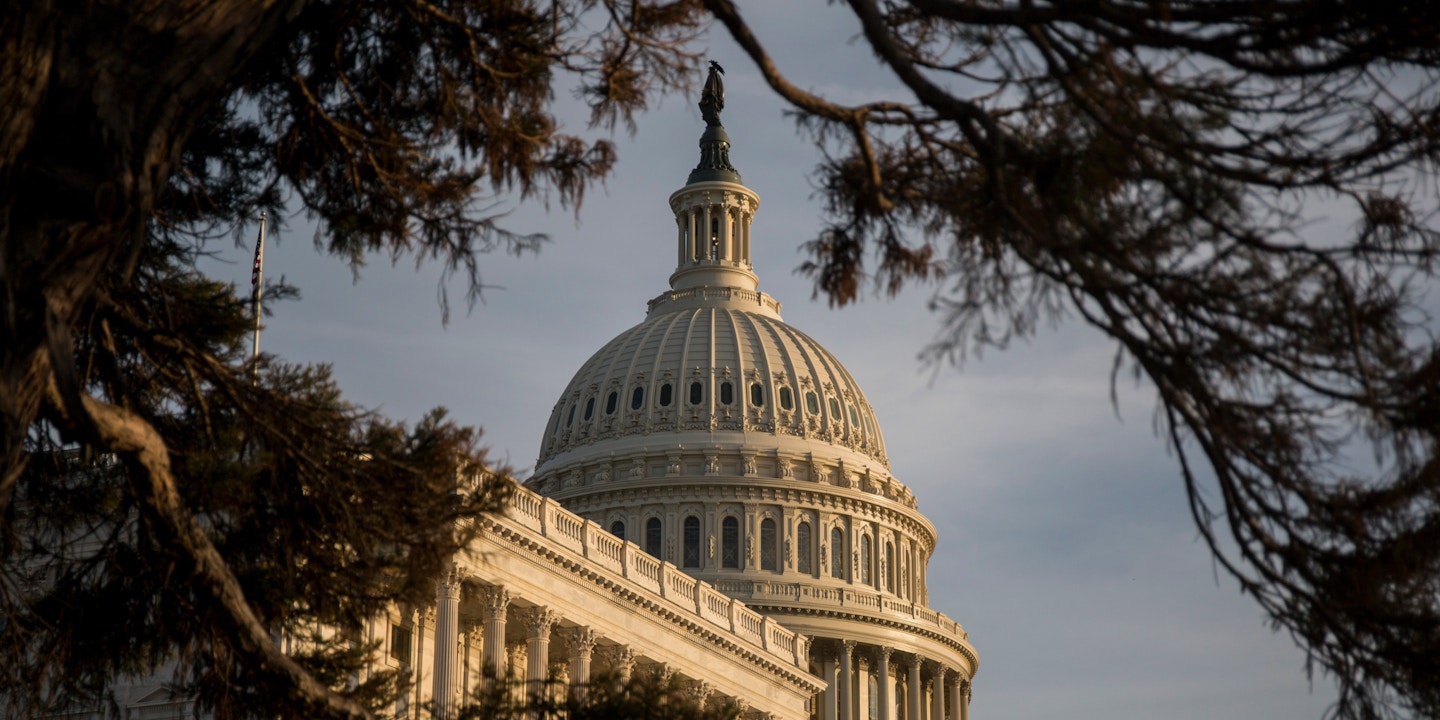 At Tuesday night’s State of the Union address, President Donald Trump hailed a booming economy (which is booming at roughly the same rate, and with an even bigger tilt toward the wealthy, as it did in the Obama administration) and warned that the only barriers standing in the way of this “economic miracle” were “foolish wars, politics, or ridiculous partisan investigations.”

But there’s one other possibility: folks getting socked with unexpectedly high tax bills.

As Americans head into the first tax season under the Trump tax cuts, there is broad uncertainty about how much the Internal Revenue Service will return in refunds, which are a surprisingly important component of consumer spending. And the amount of your refund is directly tied to how much was withheld from your paycheck over the year.

If workers had too little money withheld from their paychecks throughout the year to cover their tax liability — say, perhaps, because the administration was hoping to win converts to its tax cut by goosing paychecks — that would translate into a smaller refund this spring. If the opposite occurred, the refunds would be bigger. If it’s off by too much, a taxpayer would actually owe the government money.

There’s no consensus on what truly happened with paychecks, and the final outcome won’t be known for weeks, as people send in their tax returns. But critics of the Trump administration have long suggested that the administration sought to lowball the withholding tables to get more money into taxpayers’ hands on the front end. Politico reported last January that the IRS was “under pressure to take as little as possible so people will see big increases in their take-home pay ahead of this year’s midterm elections.” Major political figures, like the Senate Finance Committee’s ranking Democrat, Ron Wyden of Oregon, questioned the IRS on manipulating withholding tables.

As we know, economic growth did not translate into large gains for Republicans in the midterms. And now, the president could face a major political and economic problem on the back end, if large numbers of Americans expecting big tax refunds don’t get them this year. This would be an amazing political own goal, as jiggering with the withholding tables would result in no net benefit on the front end — Republicans still lost the House — and a large net detriment on the back end.

In theory, people should be happy about a lower refund: that means they didn’t give the government an interest-free loan throughout the year. But normal humans don’t think that way, and the lack of a refund would feel like a loss, tax experts agreed. “Ask people how much they paid in taxes, nobody knows. Ask them how much they got in their refund, people know,” said Howard Gleckman, a senior fellow with the Urban-Brookings Tax Policy Center. “Everyone focuses on size of the refund, and it does affect perception.”

Beyond perception, there’s the reality that traditionally, about three-quarters of Americans receive tax refunds each year. It’s typically their largest single check annually. They plan consumer purchases, particularly durable goods and big-ticket items, around them. There’s an entire cottage industry of refund advance loans, where filers get refunds immediately from their tax preparer and pay them back when the IRS completes the return.

If those refunds don’t come through, even if people saw higher paychecks throughout the year, those planned purchases will not get made. “There would be some consumption that won’t happen, and that’s potentially significant,” said Gleckman. “What we’re going to see, we just don’t know yet.”

Because 2018 was the first year with the new tax regime, withholding tables required some tweaks. And the elimination of personal exemptions — which workers previously used as allowances on their W-4 forms — removed the main way to map a worker’s personal situation cleanly onto tax withholding.

The IRS had to guess how the changes in the law would impact individual tax burdens, and then apply that to withholding, and they had to do all this under the constant strain of underfunding. Congress gave the Treasury Department and the IRS the authority to accomplish this in the Tax Cuts and Jobs Act; previously, Congress had a role in withholding, because the legislative branch is well aware of the political potency of the question.

Eventually, withholding tables were completed in time for workers to see changes to paychecks by February. But Treasury Secretary Steven Mnuchin asked workers to use an IRS calculator to ensure that the correct amount of money was being withheld from their paychecks.

The calculator wasn’t even available at the time that Mnuchin suggested this. And the idea that hundreds of millions of people would voluntarily do the IRS’s job for it and double-check their withholding burden, rather than let their employer figure it out, is fanciful. Damon Jones, a public policy professor with the University of Chicago, explained in a paper in 2010 that the common reaction to tax withholding changes is inertia. And indeed, the payment processing firm ADP released an analysis stating that the “vast majority” of taxpayers didn’t change W-4 forms for 2018.

That means success or failure in estimating withholding was up to the Treasury Department and IRS. And there have been wild variations in how outside observers think they handled it. A UBS analysis estimated an increase in tax refunds of anywhere between $42 billion and $66 billion this year; Morgan Stanley came up with a similar number. In particular, UBS predicted higher refunds for married filers with children and lower ones for single taxpayers.

But the Treasury Department, in an analysis provided to the Government Accountability Office, simulated 2018 withholding, estimating that 3 percent more Americans will have taxes under-withheld in the calendar year, and 3 percent fewer will have them overwithheld. That translates to around 4 million fewer Americans receiving refunds on their 2018 taxes. GAO also criticized the Treasury Department for failing to properly document roles and responsibilities for making annual updates to withholding.

The Congressional Budget Office, in a midyear review, found that withholding revenues grew at a rate of less than half of that of the overall economy, suggesting that withholding was smaller than expected. In a later report, CBO said it “now expects tax withholding to be lower during fiscal year 2018.”

The IRS has tipped its hand slightly as well. In an announcement in January, the agency said it would waive some penalties for those who underpaid withholding throughout the year. Typically, those who pay less than 90 percent of their tax liability during the year pay the underpayment penalty; the IRS adjusted that to 85 percent. “We realize there were many changes that affected people last year, and this penalty waiver will help taxpayers who inadvertently didn’t have enough tax withheld,” said IRS Commissioner Charles Rettig in a statement. The American Institute of Certified Public Accountants responded that the IRS’s relief was too meager, warning that “many taxpayers were unable to accurately calculate their tax liability for 2018 and may have inadvertently under-withheld their taxes and potentially face penalties.”

“There’s no consensus on what will happen,” said the Tax Policy Center’s Gleckman, who added that there was little indication that taxpayers did what Treasury wanted them to do: check their withholding to see if the IRS was accurately taking the proper amount throughout the year.

What we do know is that 102 million taxpayers received refunds last year, with an average of $2,778. And most of those went out the door for some wish-list item or a crucial household necessity that had been put off.

“People love them,” Gleckman said. “They’re especially important for low- and moderate-income people who count on getting the refund. The evidence is that they very often use them to make significant capital expenses, like a new refrigerator or the down payment on a car.” A study from JPMorgan Chase suggests that Americans defer health care decisions until they get their tax refunds.

It’s an indictment of American capitalism that so many people are so cash-strapped that they wait all year for a refund, something that they should have been getting in smaller increments every week, to make big purchases. Common sense would indicate that it’s better to get paid properly from the start of the year than to wait until the following year for a lump-sum refund. But people are now conditioned to getting the refund, and they plan around it throughout the year.

The fact that in 2018, workers may have received a bit more each week in their paycheck probably didn’t bear much thought. Most people receive pay stubs digitally and through direct deposit, and changes to hours, health insurance premiums, or contributions to 401(k) plans or pensions can all affect weekly take-home pay. So it’s difficult to disaggregate everything and know what corresponds to what.

We saw this with the Obama administration’s 2009 “Making Work Pay” tax credit, which dribbled out $400 to individual weekly paychecks through changes to withholding. Studies showed that nobody actually knew they received a tax cut.

From a political standpoint, many will see the lower refund as confirmation that the tax cuts didn’t benefit them, regardless of how accurate that may be. There’s already anecdotal evidence of this from early filers.

If refunds do come back lower, experts agree that there will be a decided impact on consumer spending, as those big-ticket items don’t get purchased. To the extent that filers rely on their refund for necessities, it could have more dire consequences than just slower economic growth. This could add to a reduction in growth from the 4 percent levels of mid-2018. That unusually high growth would fit with a story of keeping withholding too low throughout the year: It would be as if spending were pulled forward, only to snap back around tax time.

Ultimately, the effect of tax refunds will bubble up in taxpayer complaints and consumer spending levels in the first quarter. But the political ripples could further cement the already-dim views of the Tax Cuts and Jobs Act among the public.