After the census, New York state is expected to lose a congressional district. But powerful Democrats have an incentive to keep AOC comfortably in her seat. 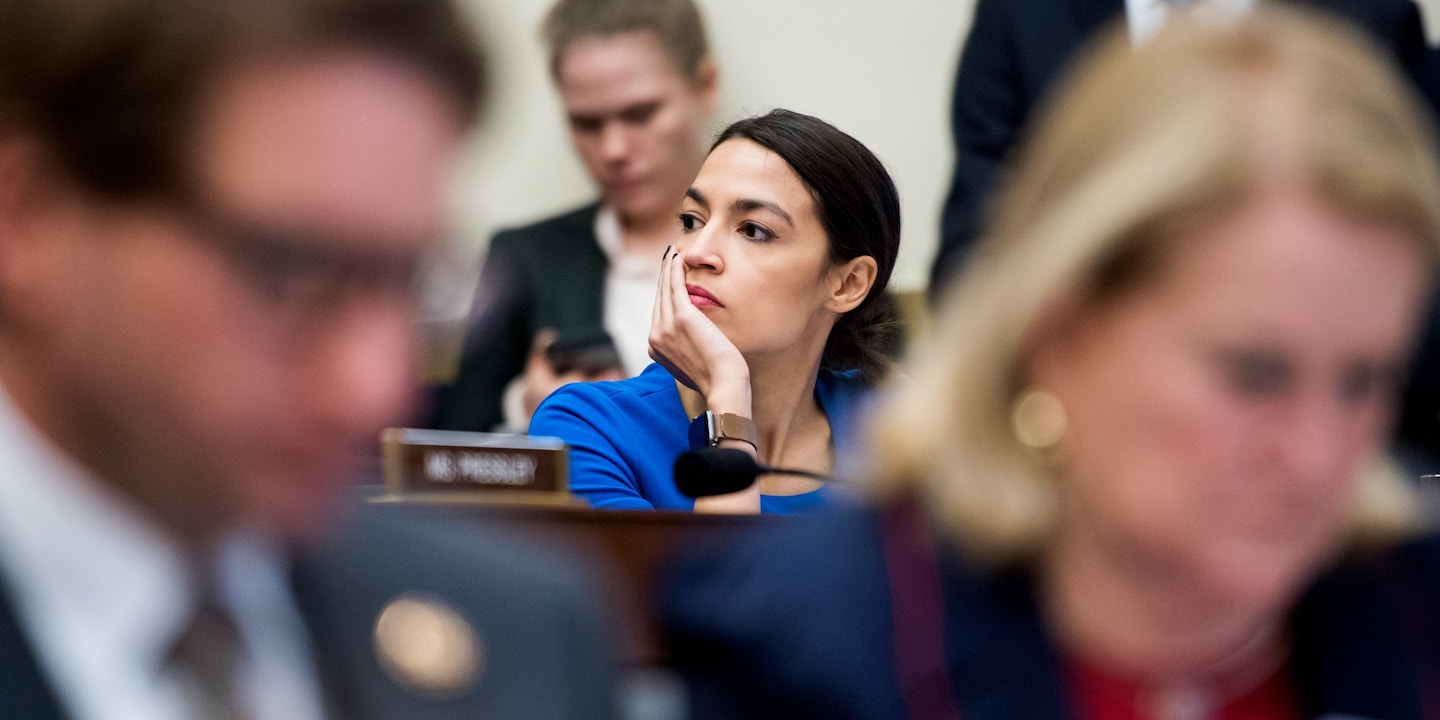 Rep. Alexandria Ocasio-Cortez is prepared for the possibility that Democrats in New York could redraw her district after the 2020 election, she told The Intercept in an interview.

Following the 2020 census, every state will draw new district boundaries to reflect changes in the population, the political implications of which will stretch for at least the next decade. In 2014, New York approved a constitutional amendment establishing a nonpartisan redistricting commission, which is set to take over the redistricting process starting in 2020. The 10-member commission, meant to be independent from the legislature, is made up of individuals selected by leaders from the state Senate and Assembly, and the original eight members pick two additional members.

But Ocasio-Cortez’s most determined adversaries are not partisan Republicans, but Democrats who say that she has been a disruptive influence. The Hill recently reported that at least one member of Congress has been urging New York party leaders to recruit a Democratic primary challenger to Ocasio-Cortez. But the news led to a surge of donations to Ocasio-Cortez, suggesting that a more efficient means of ousting her might be simply to eliminate her district.

The 29-year-old congressperson noted (accurately) that it’s generally expected that New York will likely lose a seat, despite the city itself growing at a consistent pace. “I don’t know if that means that all of our districts are going to be redrawn dramatically, because they have been historically gerrymandered, or what will happen, but there’s certainly a possibility, if not a guarantee, that my district in the coming years will not look like my district today,” Ocasio-Cortez said. “So I think it’s entirely possible, and New York politics being what it is, we have no idea where things are going to go.”

New York politics are famously insular, with a tight circle controlling major decision-making for years. That began to shift in 2018, not just with Ocasio-Cortez’s victory, but also wins from a number of insurgent candidates against Democrats who had caucused with Republicans in the state Senate.

Ocasio-Cortez, during a podcast interview with The Intercept, was joined by former North Carolina Rep. Brad Miller, who earned his “former” status as a result of statewide redistricting that eliminated his seat in 2012. The 2010 tea party wave handed control of the legislature to Republicans, who drew him out of the district. He decided not to run for re-election. He told The Intercept that his work on the House Financial Services Committee taking on powerful banks “probably” played a role in the redistricting. “And Republicans, it turned out, did not value my service, and they divided my district six different ways, and there was no one piece that was really recognizably the old district. And also it was true on the Democratic side,” he said, noting that his own party leaders weren’t thrilled with his work in a state dominated by financial interests, such as Bank of America.

Miller, however, did not have Ocasio-Cortez’s national profile, suggesting that the lesson may be that if you’re going to be a problem for party bosses, it’s better to be a huge problem than a medium-sized irritation.

Indeed, Ocasio-Cortez could just run, and probably win, in any nearby New York City district the party may try to draw for her. She noted that when it comes to future redistricting, she’s in a unique situation because her name recognition is so strong “that even when I won my primary in New York [District] 14, we won like a third ballot, a third-party primary in a different congressional district the same day.” And that was in November 2018, before an endless media cycle that has been all Ocasio-Cortez, all the time.

Moving her into a different district would pit her against another incumbent Democrat, and that Democrat has an incentive to avoid that race. ”Maybe some people wouldn’t want trouble for themselves,” she noted.

Another reason not to target Ocasio-Cortez would be Chuck Schumer. The Democratic Senate minority leader, and a major player in New York politics, is up for re-election in 2022. The commission redrawing the lines may be technically independent, but Schumer’s power is no secret. If Ocasio-Cortez were gerrymandered out of the House, she’d need something new to do — and primarying Schumer would be an obvious option on the table. That could make Schumer Ocasio-Cortez’s strongest advocate at the redistricting negotiating table.

The potential loss of a congressional district as a result of falling population has focused extra attention on the Trump administration’s push to add a controversial citizenship question to the next census. That ploy is driven in significant part by a desire to dampen participation in the process. “This is one of the reasons why we’ve been fighting the 2020 census question, and between the federal government really looking to fund the census at a much lower rate, communities like mine are the ones that are essentially targeted by the current administration,” Ocasio-Cortez said.

Opponents say the citizenship question would intimidate immigrants and their families into not completing the form, reducing the participation of people of color and undercounting the population. A federal judge earlier this month blocked the citizenship question, but the Trump administration is appealing the ruling in the lead lawsuits. Aside from the court battles, Commerce Secretary Wilbur Ross is set to testify about the citizenship question before the House Committee on Oversight and Reform, which Ocasio-Cortez is now a member of.

So far, the effort to primary Ocasio-Cortez, however, isn’t going well. The Daily Caller followed up on the article in The Hill and spoke to New York Democratic consultant Hank Sheinkopf, who said three names were floating around as potential challengers to Ocasio-Cortez: New York City Council Member Jimmy Van Bramer, Sen. Julia Salazar, and Assembly Member Catalina Cruz.

“The Daily Caller is trash. 1. I would never primary @AOC, even if I lived in her district (which I do not). 2. I have no intentions of ever running for Congress. 3. Who on earth calls Jimmy Van Bramer ‘James?’” Salazar tweeted.

Van Bramer tweeted “This whole thing is crazy. I’m kind of loving having @AOC as my Congressmember! I’m not taking her on. I’m backing her up!”

.@DailyCaller clearly doesnt have a fact checking department- ya’ll over there gossiping and we are over here doing the work @AOC #HermanasEnLaLucha #NiceTryTho pic.twitter.com/wvklFlTTRf