Angela Rye and Joy Reid have speculated that American descendants of slaves using the hashtag “ADOS” to critique Harris and Booker are Russian bots. 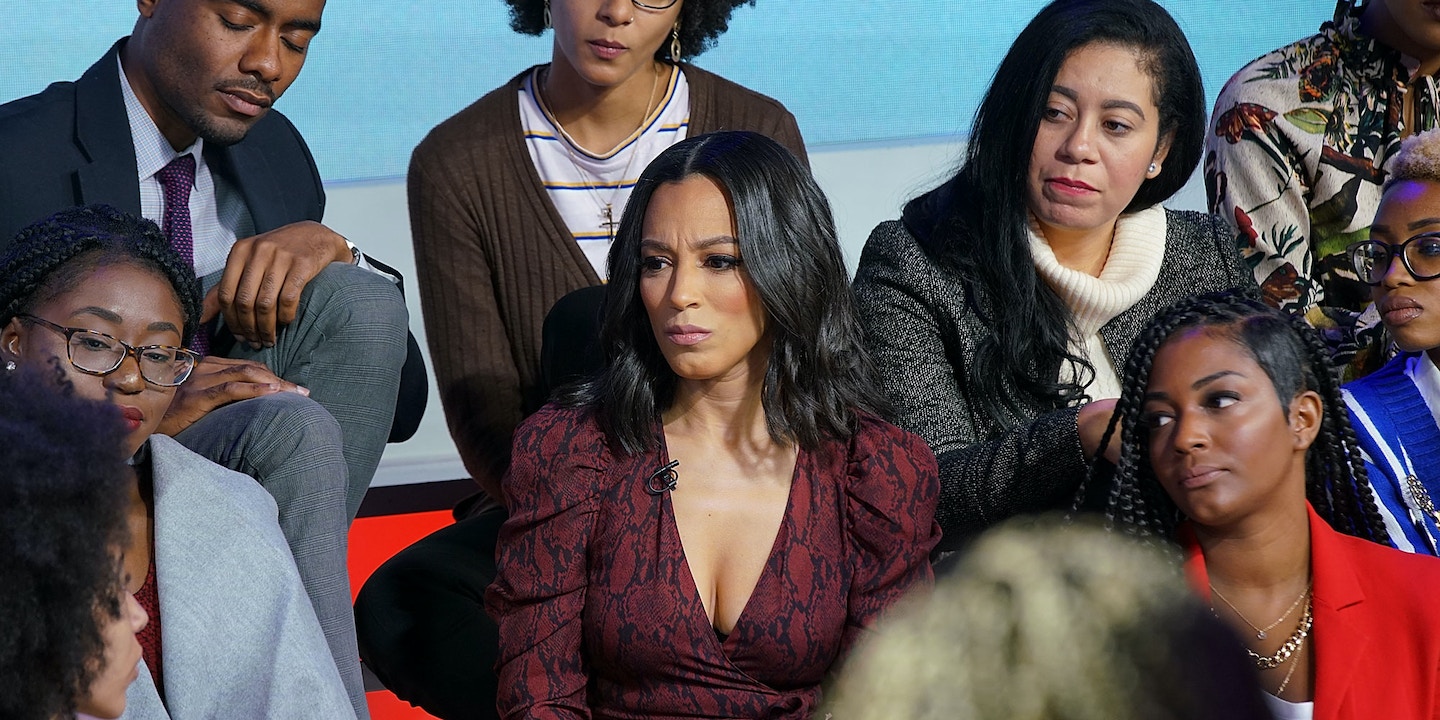 American descendants of slaves identifying themselves with the hashtag #ADOS have been openly critical of 2020 presidential candidates Kamala Harris and Cory Booker over the past weeks.

Some prominent black political commentators are now speculating that these critics are Russian bots.

Angela Rye, a CNN political commentator and board member of the Congressional Black Caucus PAC, has said she believes that some ADOS arguments are not organic, but were “paid for by Russia.” She added that she’s “not saying everyone who uses the hashtag is a Russian bot,” but she does believe “it originated from Russian bots.” Rye went on to argue that the same is true of critiques relating to “some of the stuff around the crime bill” circa 2016 — presumably referring to critics of Hillary Clinton who questioned her support of the bill now widely understood to have caused overwhelming harm to black Americans.

On a segment of Joy Reid’s MSNBC show titled “how to spot a bot,” Shireen Mitchell, founder of Stop Online Violence Against Women, argued that the ADOS hashtag is a way to identify foreign influence. “A lot of the ones that are pretending to be black people, black women in particular, who are focusing on black identity, have these sort of aspects in the ways that they’re talking about language,” she said. She went on to say that bots are posing as black Americans using “the vernacular or the language of someone that believes they are a part of our community” to claim authority to represent black Americans.

“This has become a challenge particularly for the Democratic candidates because obviously, in 2016, all this activity was directed to help Donald Trump, or to hurt Hillary Clinton, to do both,” Reid said. “So I’m wondering if this time the party is going to be a bit more prepared. Reid appeared to co-sign Mitchell’s claim, saying, “I did see a huge uptick of bot activity when Kamala Harris announced,” focusing on critics who argue that Harris “is not really black.”

For years, identifying as a black American “descendant” of slaves or ADOS has been a way for black Americans to advocate for the specific needs and interests of those brought to the United States via the transatlantic slave trade hundreds of years ago, as distinct from the interests of more recent African and Caribbean immigrants.

Some critics using the ADOS hashtag have focused on Harris’s race, pointing to Kamala’s Indian and Jamaican heritage as a possible explanation for why, as a prosecutor, she supported policies that disproportionately harmed black Americans. The ADOS movement does have some nativist elements. But it is also true that much of the commentary surrounding Harris appears to relate less to her racial background than her public record. Booker, also a target of ADOS criticism, is an American descendant of slavery himself.

As Attorney General Kamala opposed legislation requiring her office investigate police shootings. When CA was ordered to reduce prison overcrowding she argued against it. The question is basic: Would you elect @SheriffClarke? What's the hell is the difference? #ADOS #kamalaharris pic.twitter.com/LQwdy57UQr

The creators of the hashtag — Antonio Moore, an attorney in California, and Yvette Carnell, a political commentator — are neither Russian nor bots and are demanding an apology.

Carnell told The Intercept that she thinks calling out ADOS is an effort to delegitimize the grassroots movement they’ve worked to cultivate and to “undermine a real debate that we have about Kamala Harris within the black community.” For years, Moore and Carnell have been doing regular YouTube and radio shows together where they discuss issues like reparations and the racial wealth divide under the lens of “native descendants of American slaves.”

“We thought that there wasn’t enough policy and policy initiatives, policy proposals for Americans who descended from slavery and had ancestors who lived through Jim Crow, reconstruction, all of that, so we came up with the hashtag American DOS or ADOS,” Carnell said, adding that they started the hashtag around two years ago.

Moore said that accusations like Reid’s are a McCarthyite tactic in the same vein as the attempts to publicly discredit Martin Luther King Jr. “It’s troubling, the lengths that these people will go to undermine authentic Black advocacy in order to prop up the Democratic establishment,” he said in an email. An MSNBC spokesperson declined to comment.

Indeed, people of color who challenge the Democratic Party from the left are often erased or dismissed as somehow not being real. During the 2016 Democratic primary, the hashtag #BernieMadeMeWhite spread as a response to the “Bernie Bro” stereotype, which wrongly claimed that nearly all Bernie Sanders supporters were young white men.

Carnell and Moore cited a truancy program Harris created as San Francisco’s district attorney that threatened parents with prosecution if their children missed school — a policy that progressives argue disproportionately hurts minority and low-income communities — as one of their main criticisms of her. As for Booker, they said they have a problem with his corporate alliances, specifically his ties to the pharmaceutical industry and widely criticized vote against allowing drug reimportation to the United States.

“We have to be very careful and we have to be very intentional about what your specific policies are for the black community and what does that mean for us if and when you get elected,” Carnell said. “We can’t just sit here and do identity politics anymore. We have to do agenda politics and that’s what has really driven it.”

Debilitating effects of the Crime Bill

Dems lack of specific policies that roll back effects of injustice

are ‘divisive’ issues put out by Russian bots and not legitimate concerns of Black people?

Moore said they will be holding their first American DOS conference in Louisville, Kentucky, on October 4-5, and intend to ask Booker and Harris to attend to “talk to black Americans about what their black agenda is.”

This is not the first time Reid has dabbled in conspiracy theories. Last year, Reid found herself in hot water when decade-old homophobic blog posts resurfaced. Instead of immediately apologizing, Reid told Mediaite — without offering any evidence — that hackers planted the offensive blog posts as “part of an effort to taint my character with false information by distorting a blog that ended a decade ago.”

Correction: February 13, 2019, 11:52 a.m.
Due to editing errors, a previous version of this article stated that Cory Booker is a “defendant” of slavery, rather than a “descendant.” The article also misgendered Yvette Carnell, who uses “she” pronouns.