Was the first lady’s visit to a school run by President Erdogan’s archenemy an intentional slight or gross incompetence? 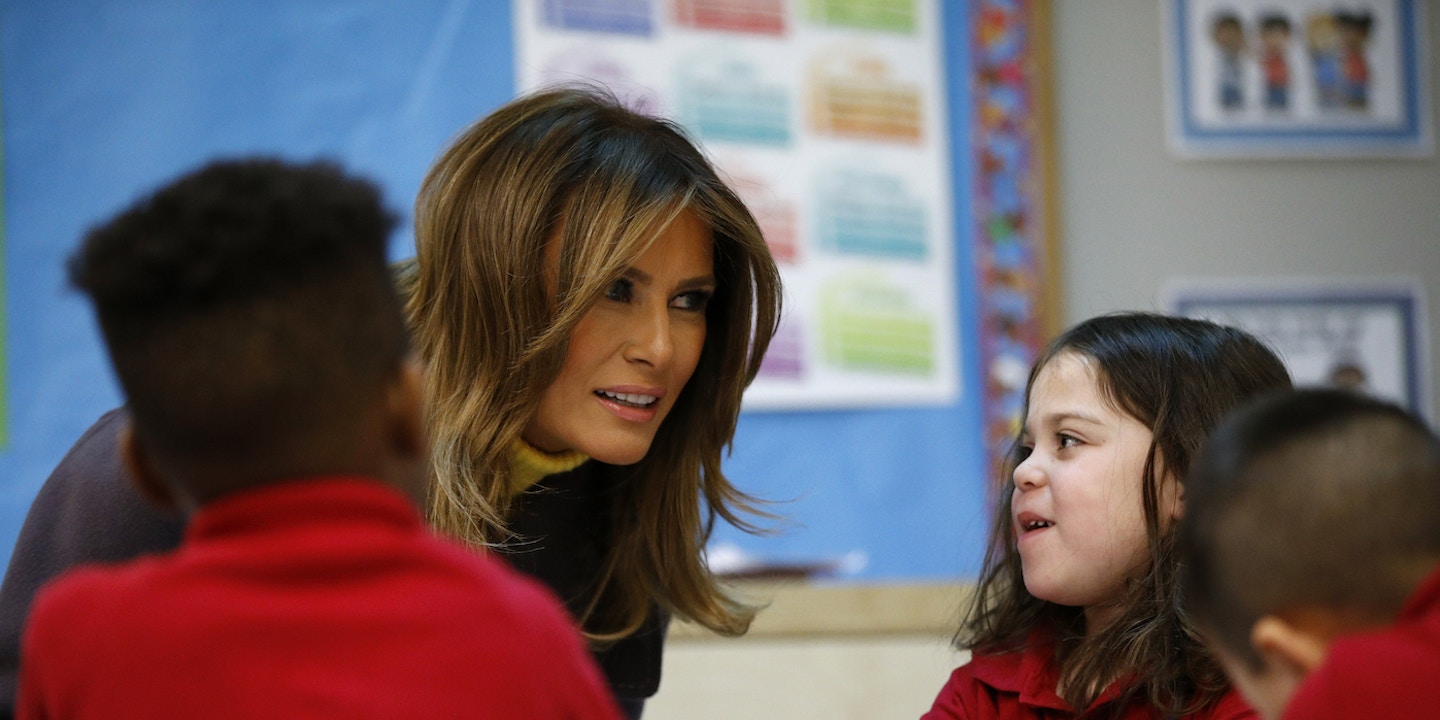 In what sounds like an example of life imitating “Veep,” first lady Melania Trump’s visit to a school in Oklahoma this week might have accidentally triggered an international incident after reporters in Turkey revealed that the school was founded by followers of a dissident Turkish cleric who Turkey’s government blames for an attempted coup in 2016.

.@FLOTUS is taking "Be Best" on the road! Her three-state tour began at Dove School of Discovery today in Tulsa, where the First Lady praised educators for "sculpting our next generation" with a focus on building strong character.

The Muslim cleric, Fethullah Gülen, who has denied any role in the failed coup, has lived in self-imposed exile in a remote Pennsylvania compound since 1999. Still, his secretive spiritual movement wielded enough influence in Turkey to help Recep Erdogan to power, before apparently working to topple him.

In the United States, Gülen’s followers founded 136 charter schools in 28 states between 2010 and 2017, according to CBS News, and were given control of more than $2.1 billion in public money.

State and federal investigators have asked some of those schools to explain apparent financial irregularities, including favored treatment for Gülenist contractors and the possible abuse of H1-B visa laws to bring in teachers from Turkey who were allegedly required to donate part of their pay back to the foundations running the schools.

Oklahoma’s State Auditor reported in 2016 that the foundation operating the Tulsa school that the first lady visited on Monday had charged taxpayers nearly $1.2 million in excess rent between 2012 and 2014. The audit also showed that the Gülenist foundation running a chain of charter schools in Oklahoma had used $175,000 in public funds to sponsor an out-of-state science competition that none of its students attended and was run by a network of Gülenist charter schools in Texas.

The Oklahoma chain responded to the audit by hiring the state’s former attorney general, Drew Edmondson, who told The Oklahoman newspaper that the foundation had not broken any laws by leasing school buildings at one rate and then charging the public more for their use. Edmondson also said that the association between the Islamist Gülen movement and the schools was no secret and not necessarily a bad thing. “As long as they’re not proselytizing, and they’re not, and as long as they’re open to all religions, and they are, sponsorship really doesn’t bother me a whole lot,” Edmondson said.

Turkey’s interior minister, Süleyman Soylu, told the state-owned Anadolu news agency on Wednesday that the Gülen movement, now referred to by the Turkish government as the Fethullah Gülen Terrorist Organisation, or FETO, takes in $800 million a year from charter schools financed by American taxpayers.

Stephanie Grisham, a spokesperson for the first lady, declined to answer a direct question about whether the White House was aware of the Oklahoma school’s links to Gülen before the visit. The school, Grisham wrote in an email, “was recognized with the 2018 National School of Character award and was chosen because of its excellent academics and commitment to character education. The school was recommended and vetted before the visit.”

TRT World, the English-language arm of Turkey’s state broadcaster, spent some time parsing the first lady’s visit, trying to determine if it was “an intentional move or just a faux pas on the part of the administration.”

“It is in my judgement absolutely impossible that those who are vetting and reviewing the schedule of the first lady of the United States don’t know where she’s going,” one guest, Paolo von Schirach, told the network. “It’s impossible. So somebody must have known, and either it’s deliberate — sending some kind of a message to Ankara, which may be about, who knows, the extradition of Fethullah Gülen from where he is, in Pennsylvania — or it is like, ‘We don’t care.’ Meaning, ‘For us, the Gülenist schools in the U.S. are OK.'”

Another TRT analyst, Onur Erim, was asked if it was “just a coincidence” that this visit came as Turkey and the Trump administration were at odds over arms sales and tariffs, “or a provocation.”

“Whenever there is an issue involving the POTUS staff or the FLOTUS staff,” Erim replied, “we may think that it’s a big mistake, which we are very used to from the administration, but the timing of it does make us suspicious.”

The Wall Street Journal reported in 2017 that special counsel Robert Mueller was investigating allegations that Trump’s former national security adviser Mike Flynn had been offered $15 million to have Gülen kidnapped and flown back to Turkey for prosecution. Flynn’s lawyer has denied that his client ever discussed such a plan, but federal prosecutors in Virginia are still investigating the case, according to the New York Times.

Turkey’s foreign minister, Mevlüt Çavusoglu, said in December that President Donald Trump had told Erdogan during a meeting that month that his administration was “working on” an extradition request for Gülen.