What Is Katharine Gorka Doing at the Homeland Security Department? This Group Is Suing to Find Out.

“The public deserves to know what Katharine Gorka is doing at DHS, but the Trump administration isn’t saying.” 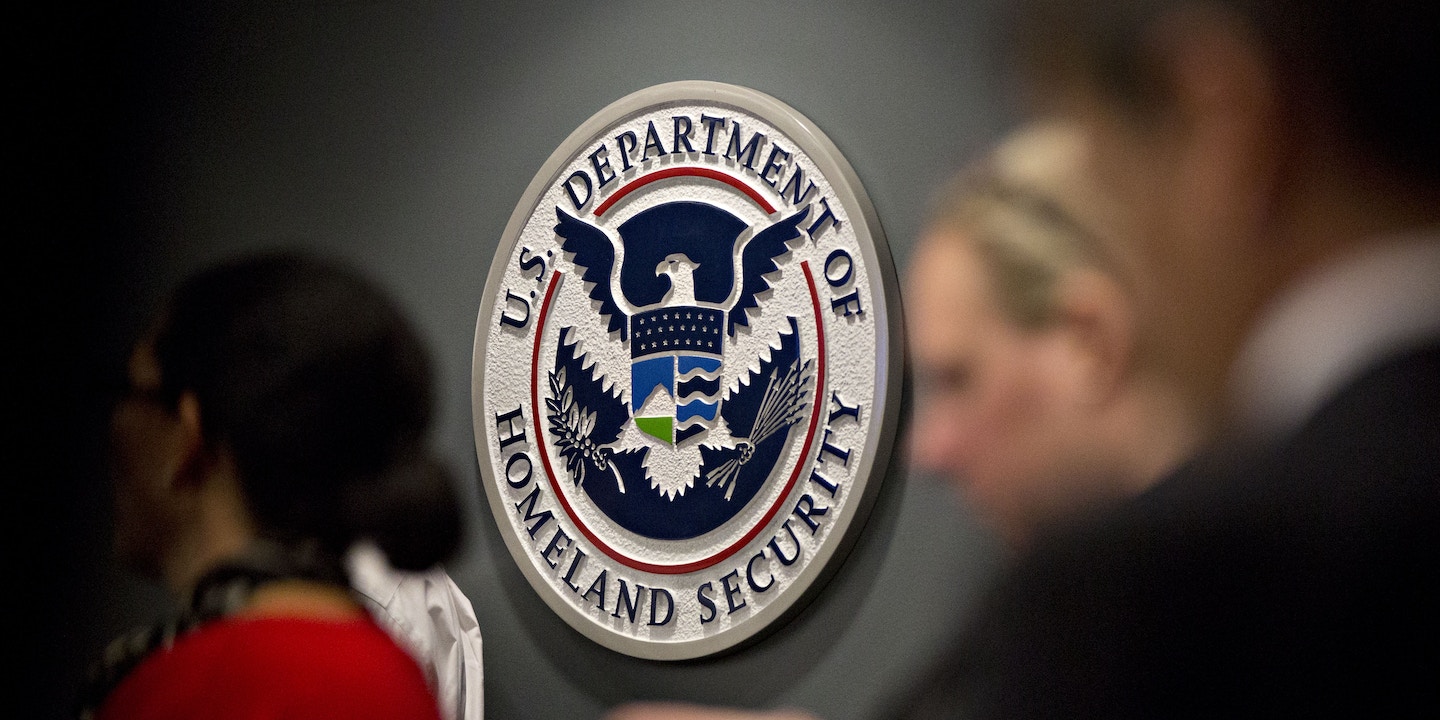 A liberal watchdog group is demanding answers about the work of Katharine Gorka, a top political appointee who serves as an adviser at the Department of Homeland Security. Prior to her appointment at Homeland Security, Gorka — whose husband is far-right media personality and former White House aide Sebastian Gorka — was known for her anti-Muslim rhetoric.

After Donald Trump was elected president in 2016, he named Katharine Gorka to his Homeland Security transition team. She later earned a permanent appointment in the department. Gorka’s LinkedIn page describes her as a “Senior Advisor for Policy,” but Homeland Security has been reluctant to explain exactly what her role is.

A spokesperson for the Homeland Security Department told the Huffington Post in 2017 that her work “includes efforts to address everything from global jihadists [sic] threats to domestic terrorists.”

On Thursday, a Washington-based nonprofit called Democracy Forward filed a lawsuit under the Freedom of Information Act seeking records related to Gorka’s exact role. According to the complaint, the group initially filed a records request in November and received an acknowledgement from Homeland Security, but the department has since failed to meet response times required by statute.

“The public deserves to know what Katharine Gorka is doing at DHS, but the Trump administration isn’t saying.”

“The public deserves to know what Katharine Gorka is doing at DHS, but the Trump administration isn’t saying,” said Charisma Troiano, Democracy Forward’s press secretary, in an email. “We’re suing to find out whether her extreme and biased views are driving Homeland Security resources away from real threats.”

News reports have suggested that she had a hand in remaking the department’s “Countering Violent Extremism” programs. With this controversial approach, known by the initials CVE, the federal government gives grants to fund community-based programs aimed at deradicalization. The programs have been heavily criticized. Last summer, a study by the Brennan Center for Justice, which studies issues of public policy and law, found that the programs disproportionately affect Muslim and other minority communities. Amid these controversies, Gorka reportedly helped end certain CVE programs aimed at deradicalizing far-right extremists.

Founded in 2017, Democracy Forward’s stated mission is to “help expose the rampant corruption in the Executive Branch.” The group has filed numerous freedom of information lawsuits against the Trump administration. In November, the group filed a far-reaching document request seeking Gorka’s work calendars and information about her role at Homeland Security, including calendar entries, visitor logs, her electronic communications referencing “radical Islam,” and any communications she has with her husband and Stephen Miller, a top White House adviser known for his far-right views.

The Department of Homeland Security did not respond to a request for comment about Gorka’s role. When The Intercept asked about the lawsuit, press secretary Tyler Houlton said, “As a matter of policy, we do not comment on pending litigation.”

Katharine Gorka’s husband Sebastian is a bombastic conservative media personality who served seven months in Trump’s White House as a self-described national security adviser. His tenure ended when he was forced out by former chief of staff John Kelly, with his security clearance reportedly being revoked. Sebastian Gorka’s time in the White House was plagued by news reports about his ties to far-right groups in Hungary, including successors to political parties that supported Nazi Germany’s occupation of the country.

By contrast, Katharine Gorka maintains a much lower profile. Prior to joining the Trump administration, Gorka presided over a number of small think tanks and wrote critically about the Obama administration and the rise of “radical Islam.”

In one 2013 article, Gorka wrote that the Obama administration was “not only supporting Islamist groups abroad, but here at home seems to be allowing Islamists to dictate national security policy.” The article goes on to describe how “Islamists” are defeating the United States in the “information battlespace.”

Gorka has also written for Breitbart News, the far-right outlet where her husband was national security editor before joining the Trump White House. “Presidents [George W.] Bush and [Barack] Obama both publicly declared Islam to be a religion of peace, which struck a sour chord for many,” Gorka, under the first name Katie, wrote in a 2014 Breitbart column. “American and Western leaders have preemptively shut down any debate within Islam by declaring that Islam is the religion of peace.”

Ibrahim Hooper, communications director for the Council on American-Islamic Relations, a D.C.-based Muslim rights group, told The Intercept that it is essential to get a degree of transparency around the role of Gorka and other Trump political appointees.

“Given the number of anti-immigrant, anti-Muslim extremists in the Trump administration, beginning with Trump himself, it really is necessary that we have some transparency in terms of appointments to policymaking positions, and anyone in the administration,” Hooper said. “We need to know what their background is, what their associations are, and what their views are.”