“They were cops, they raped her, and they’re getting away with it. Look at the message this sends to the public.” 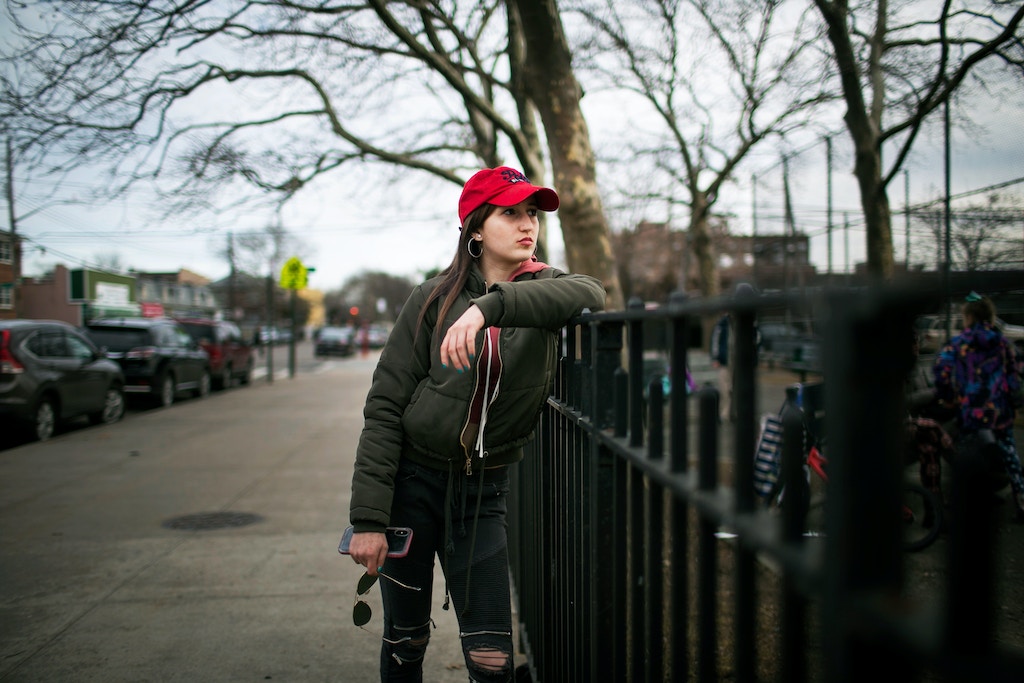 Anna Chambers could not consent to sex when, in September 2017, the then-18-year-old was arrested, handcuffed, and taken into the unmarked van of New York Police Department detectives Richard Hall and Edward Martins.

The case should have been clear-cut from the moment a hospital rape kit found semen matching Martins’s and Hall’s DNA inside Chambers (who has used a pseudonym throughout her ordeal to protect her privacy). When the two cops, who have since been fired, claimed that the sex with the detained teenager had been consensual, it beggared belief and revealed a chilling loophole in the New York penal code. At the time, state law did not assert the most obvious of facts: that a person in police custody cannot consent to sex. But, owing to Anna Chambers’s case, the law has since been rightly changed.

“It’s disgusting. They were cops, they raped her, and they’re getting away with it. Look at the message this sends to the public.”

On Wednesday, the Brooklyn district attorney tasked with prosecuting the former officers dropped all the rape charges, as well as those for other sexual crimes. That means the cops, Hall and Martins, will face trial only for official misconduct and bribery for the rape of Anna Chambers. Following the flawed letter of an outdated penal code, the prosecutors chose police impunity over justice.

“It’s disgusting,” Chambers’s attorney Michael David told The Intercept on Wednesday night. “They were cops, they raped her, and they’re getting away with it. Look at the message this sends to the public.”

Chambers’s ordeal with the legal system represents every sexual assault victim’s worst fears. From the moment her case became public, tabloids highlighted social media photos in which Chambers appeared scantily clad and questioned her character. In court, her every word was dissected and her credibility continuously questioned. All this despite the fact that in this case, her testimony should have been largely irrelevant, given the DNA evidence and the defendants’ own admissions that they had committed sex acts with a detained teen. “They twisted everything she said in order to shame and smear her,” David said.

Last March, specifically in response to outcry over Chambers’s case, the New York State Senate unanimously passed a bill stating that when a person is “under arrest, detention, or otherwise in actual custody” by a police officer or other law enforcement official, that person is incapable of consenting to a sexual encounter. That is, under the current law, Hall and Martins’s admission would amount to an admission of rape.

In a statement on dropping the charges, the Brooklyn District Attorney’s Office agreed that such sexual conduct should be a crime, but noted “that was not the law at the time of the incident.” The prosecutors added, “Because of this and because of unforeseen and serious credibility issues that arose over the past year and our ethical obligations under the rules of professional conduct, we are precluded from proceeding with the rape charges.”

Anna Chambers will herself receive no justice from the law she helped fix by speaking out. “Everything we feared could play out in this case seems to be playing out,” New York City Council Member Mark Treyger told The Intercept. Treyger, upon hearing of Chambers’s case, was the first public official to call for a change in state legislation. “It’s a dark and tragic day for our justice system. I deeply worry about the chilling effect on other sexual assault victims, especially when it comes to law enforcement.”

Treyger told The Intercept that he plans to speak with city council leadership and members of the state legislature to investigate what additional steps might be possible to take in light of what he called a “sickening decision” on the part of prosecutors. “At the very least,” he said, “we need to raise awareness, to tell victims like Anna Chambers that many people do stand with them.”

Chambers’s attorney added that he will be writing a letter to the U.S. Attorney’s Office, seeking to pursue a federal civil rights violation against Hall and Martins. He also said that he is moving “full steam ahead” with an ongoing civil case against the former detectives and the city of New York. In filings from the civil case shown to The Intercept, the detectives’ attorney advised them both to assert their Fifth Amendment privileges against self-incrimination when asked whether they had raped Chambers.

“The Brooklyn DA’s Office prosecutes cases based on testimony from witnesses and complainants with ‘serious credibility issues’ every day. The DA made a political decision to do different in Anna Chambers’ case.”

To say that Hall and Martins got away with rape by virtue of a legal loophole would be too generous to the prosecutors. While the ex-cops’ defense was only possible because of a previous flaw in the penal code, the sheer fact that Chambers, a 5-foot-2 teenager, was handcuffed and in the custody of two detectives should have foreclosed the very possibility of claims to uncoerced sex. Instead, the case turned to focus on Chambers’s credibility and the consistency of details in her testimony.

The victim was submitted to a level of scrutiny rarely applied to any police officer in any legal proceeding. “Prosecutors generally don’t see insurmountable ethical problems in prosecuting cases, let alone drop cases, when police or prosecution witnesses make prior statements that might appear, or that are, inconsistent with subsequent statements,” New York-based civil rights lawyer Gideon Oliver told The Intercept. “The Brooklyn DA’s Office is no exception; it prosecutes cases based on testimony from witnesses and complainants with ‘serious credibility issues’ every day. The DA made a political decision to do different in Anna Chambers’ case.”

This was no mere legal technicality. It was a profound moral failing on the part of our justice system.