The U.S. Targeted Journalists on the Border. Two Senators Want to Know Why.

Sen. Ron Wyden and Chuck Grassley called on U.S. Customs and Border Protection to provide a briefing on the border operations targeting journalists. 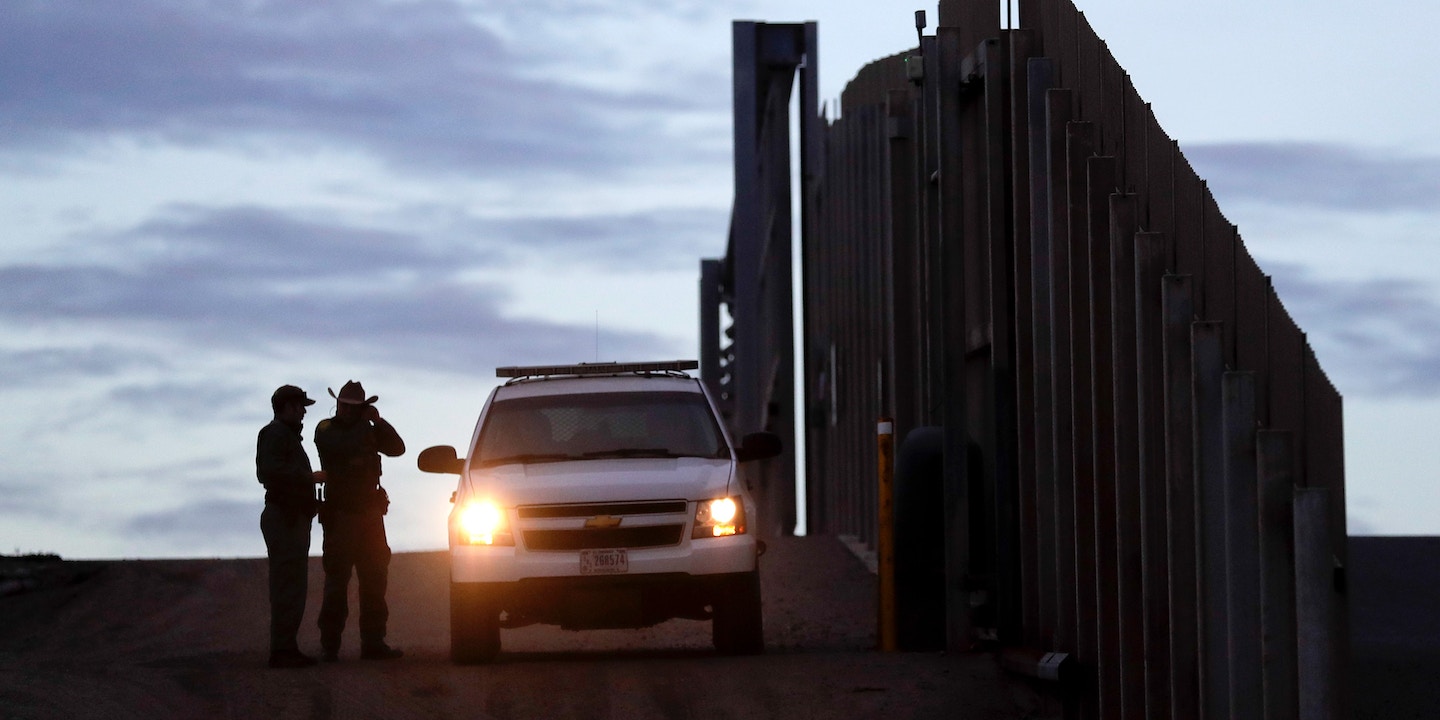 There were nearly a dozen categories of individuals catalogued in the government’s secret list of border troublemakers. Revealed last week in documents obtained by an NBC News investigative team in San Diego, the list included 13 “organizers,” eight “instigators,” and 10 journalists with varying descriptions. There was a “lawyer,” an “associate,” and an individual described as “suspected Antifa.” Three people were recorded as administrators of the “Caravan Support Network Facebook page,” while more than 20 others were labeled as “unknown” or not applicable.

The documents, provided by a Department of Homeland Security whistleblower, confirmed and advanced, in critical ways, the evolving story of joint U.S. and Mexican government intelligence-gathering operations on the border — though key questions remain. In a bipartisan letter released Monday, Sens. Ron Wyden and Chuck Grassley called on U.S. Customs and Border Protection Commissioner Kevin McAleenan to provide an unclassified briefing on the operations by Thursday. The senators, who head the U.S. Senate Committee on Finance, which oversees CBP, expressed particular concern about the press freedom issues at play.

“Unless CBP had reason to believe the individuals in question were inciting violence or physical conflict, it is deeply concerning that CBP appears to have targeted American journalists at our borders,” they wrote.

In February, The Intercept published a report, based on 19 sources, revealing that U.S. and Mexican authorities worked together in a sprawling intelligence-gathering effort aimed at journalists, immigration lawyers, and migrant rights advocates in the Tijuana-San Diego area. Photojournalists on the ground described being approached by Mexican police who photographed their passports. When asked who they were taking those photos for, one of the police officers replied, “For the Americans.” The story came days after the Los Angeles Times broke the news that two U.S. attorneys and a pair of freelance photojournalists working on the border were barred from re-entering Mexico. The San Diego Union Tribune and NPR added fresh details on the pattern of intensified law enforcement activity in the days that followed.

The public now knows that the border dragnet was broad-based and binational. It involved each of the major agencies of the U.S. border security apparatus — Customs and Border Protection, Immigration and Customs Enforcement, and the Border Patrol — working with Mexican counterparts and the FBI, under the umbrella of the controversial joint DHS-Pentagon border initiative known as Operation Secure Line (formerly known as Operation Faithful Patriot), which the Trump administration initiated in the run-up to the 2018 midterms.

Authorities compiled dossiers on journalists and advocates, and in some cases, restricted their ability to travel following multi-hour detentions in Mexico. As they attempted to cross back into the U.S., the government’s targets were subjected to extended interrogations about individuals working with the migrant caravans; in one instance, a migrant rights advocate and U.S. citizen described being shackled to a steel bench for more than five hours. Journalists were presented with photo lineups of activists and asked who they knew. Their notes and electronic devices were searched. Agents were directed to send the intelligence they collected back to Washington, D.C.

In February, Wyden’s office confirmed to The Intercept that it had opened an inquiry into the case of Kitra Cahana, a freelance photojournalist who was detained for 13 hours while trying to re-enter Mexico before being flown out of and barred from the country. In the wake of NBC’s reporting, Reps. Bennie G. Thompson, D-Miss., and Kathleen Rice, D-N.Y., who both chair committees on homeland and border security, sent a letter to McAleenan, the CBP commissioner, demanding that his agency turn over the documents referenced in the story. Those documents are also due to be delivered Thursday, per the lawmakers’ request.

CBP has said that its Office of Professional Responsibility has opened an inquiry into the reports. The DHS inspector general’s office has also opened an investigation into the matter.

As demands for answers mount, the details of how — and why — law enforcement agencies in the U.S. and Mexico turned their attention to journalists, lawyers, and advocates on the border become all the more important.

Andrew Meehan, assistant commissioner of public affairs at CBP, said in a statement last week: “In response to recent incidents in November 2018 and January of this year, which included assaults against Border Patrol agents, CBP identified individuals who may have information relating to the instigators and/or organizers of these attacks. Efforts to gather this type of information are a standard law enforcement practice. CBP does not target journalists for inspection based on their occupation or their reporting. CBP has policies in place that prohibit discrimination against arriving travelers and has specific provisions regarding encounters with journalists.”

The first incident Meehan referenced took place on November 25, the Associated Press reported. The second one almost certainly referred to an incident that took place in the early hours of January 1. In both instances, CBP used tear gas against migrants who approached the border; also in both instances, there were claims that some U.S.-based activists and entities, including the Facebook group referenced in the documents NBC obtained, played a role in encouraging migrants to press forward, thus placing them at significant risk.

But these facts alone neither support nor fully explain the government’s justifications for its operations. The agency failed provide any clarity on the authority under which practicing attorneys at the Los Angeles- and Tijuana-based firm Al Otro were barred from re-entering Mexico. The lawyers have filed a motion in an ongoing lawsuit to demand answers. Additionally, in their post last week, the ACLU attorneys noted that the statement implied that “any journalist who witnesses or reports on pressing matters or potential criminal activity in the United States could be forced to turn over sources and information.”

Alex Mensing, a volunteer with Pueblo Sin Fronteras, a migrant rights organization that’s been deeply involved in the caravans moving north through Mexico in recent years, said the government’s justification was full of holes. Mensing was among those included on the list. For one, he said, Pueblo Sin Fronteras began noticing intensified scrutiny from CBP in the spring of 2018, during the first migrant caravan that caught the president’s attention and months before the tear-gassings in Tijuana. Second, Mensing said, at least in the case of the first gassing, many of the people included on the list were hundreds of miles away at the time. Finally, Mensing noted that the November incident never came up in his secondary screenings.

“They never asked me about what happened that day,” he told The Intercept. Instead, he said, investigators focused on his motivations, how he makes money, and what Pueblo Sin Fronteras tells migrants making their way north — lines of inquiry, he believes, signaling that law enforcement is angling for criminal action against the organization. “I think the big question is: Is there a criminal investigation or not? If there’s not, they need to stop blowing smoke,” Mensing said. “I hope that the hearing does happen. I hope that his becomes an issue, and I hope it gets exposed for what it is.”