The For Country caucus adopted a civility pledge identical to the one used by the Bezos-funded With Honor Super PAC. A congressional caucus formed last week was born out of a Super PAC that supports veterans, called With Honor. Yet its members are curiously trying to distance themselves from the big-money operation that birthed it, rebranding the caucus as For Country and disclaiming any ties to the Super PAC, which was funded by Amazon CEO Jeff Bezos and, to a lesser degree, former Starbucks CEO Howard Schultz.

The newly christened For Country caucus is intended to restore “civility” and “trust in Congress,” its founding members wrote in the Washington Post.

For Country, however, is the rebranding of a caucus originally planned to be named after the With Honor fund, a “cross-partisan” Super PAC bankrolled primarily by Bezos, an internal email obtained by The Intercept shows. The caucus was launched by Democratic Reps. Jimmy Panetta of California and Chrissy Houlahan of Pennsylvania, and Republican Reps. Michael Waltz of Florida and Don Bacon of Nebraska.

For Country has adopted a civility pledge that was propagated last year by With Honor, which spent $248,076 in support of Bacon and $1,744,822 in support of Waltz during the last election cycle, according to OpenSecrets.org. With Honor, an affiliated PAC that is funded by individual donors, spent in support of Panetta, Houlahan, Waltz, and Bacon — yet caucus members and the PACs insist that they have nothing to do with each other. 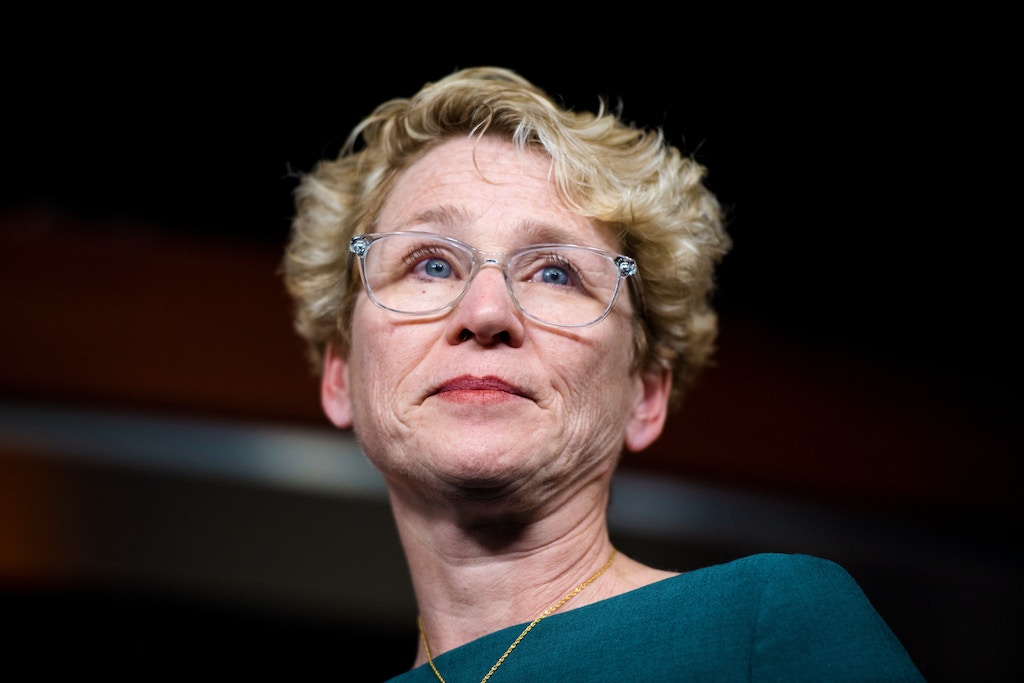 Rep. Chrissy Houlahan participates in the House Democrats’ news conference on the NATO Support Act before its consideration on the House floor in Washington, D.C., on Jan. 22, 2019.

“As part of With Honor’s mission to create a more effective and less polarized government, we hope that Members have the courage to collaborate across the aisle and one of the ways they can do that is to participate in a cross partisan caucus,” With Honor said in an email. “We’re supportive of them doing that, but like I stated, there is no With Honor caucus.”

Panetta’s office also said there is no link between For Country and With Honor. “The caucus is folks that focus on, among other things, working on policy that promotes public service and just members of the caucus have agreed to a civility pledge to commit to working with integrity, honesty, and drive to find common ground across the aisle. But this is not, this doesn’t have to do with With Honor,” Panetta’s spokesperson told The Intercept. “That’s separate.”

Yet in a February email sent to congressional staffers and obtained by The Intercept, Panetta’s office planned to gather the “WHonor lead staff” in February for “introductions and a brief discussion on the mission, vision, priorities, and strategy of the caucus in the 116th Congress.” An email from Panetta’s office to congressional staffers.

Bezos gave the Super PAC, which attacked Democratic candidates last election cycle, more than $10 million. With Honor also received a $50,000 donation from Schultz, who has said he’s “seriously considering” a run for president as a “centrist independent.” Neither is a veteran, but Schultz recently claimed close ties to the military. “I probably have spent more time in the last decade certainly than anyone running for president with the military,” Schultz told conservative radio host Hugh Hewitt, referring to his efforts to sling coffee beans on military bases.

Candidates who were endorsed by With Honor took a pledge to serve with “integrity, civility and courage,” a promise identical to the one that the For Country caucus is encouraging members to take.

Despite the civility pledge, the PAC did run a controversial ad that was later removed from YouTube. The ad attacked Democrat Lauren Baer as a traitor for criticizing U.S. foreign policy in her college newspaper in the wake of the September 11 attacks. “If Lauren Baer couldn’t stand with us after 9/11,” a narrator said, “how can she stand with us in Congress?”