The reason for the expected decrease in enforcement has to do with a fatal delay by Schumer to name a minority commissioner. 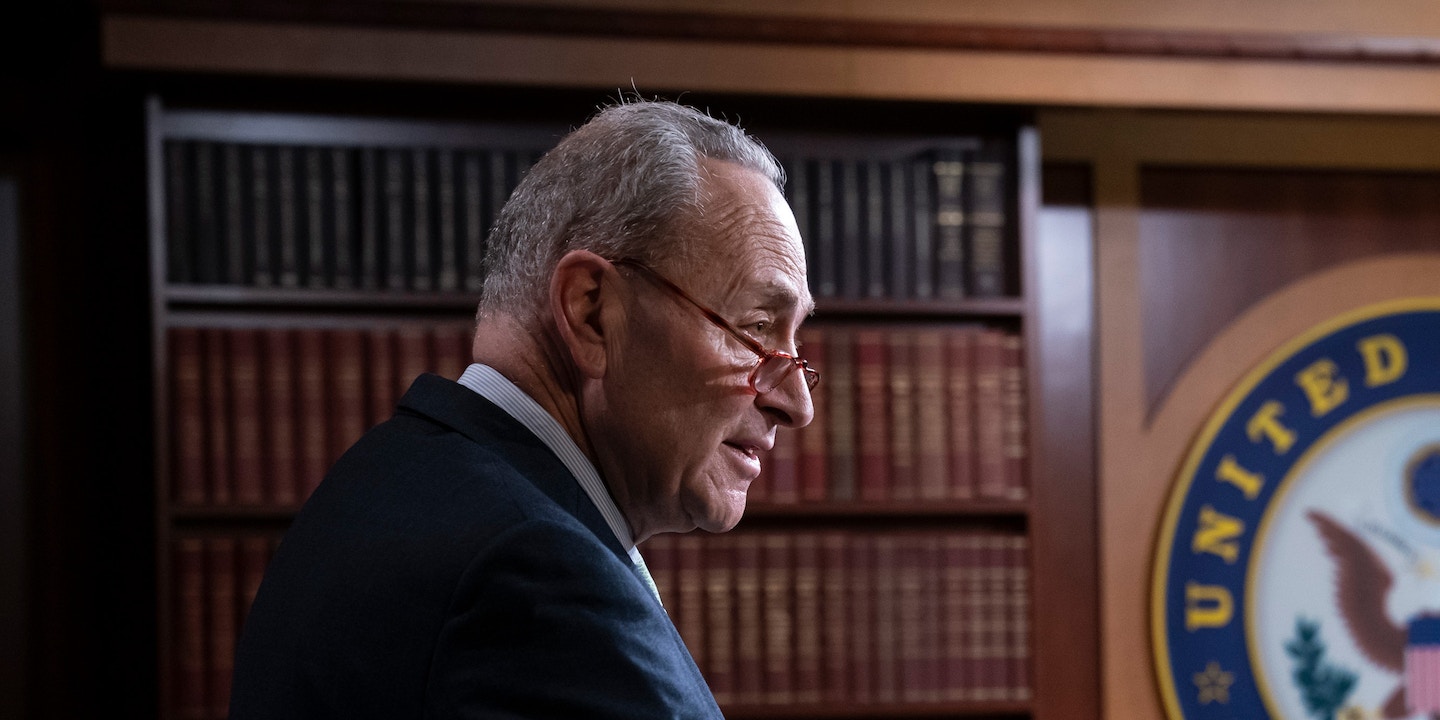 Last summer, Senate Minority Leader Chuck Schumer failed to name a candidate for a minority position on the Securities and Exchange Commission, and now Wall Street lawyers are celebrating a virtual amnesty that they think could last the rest of Donald Trump’s term.

In a remarkably candid editorial, five partners with the D.C. law firm Debevoise & Plimpton have confidently predicted that the SEC will refrain from imposing financial penalties on corporations for securities violations “for the remainder of the current presidential term.” This benefits the large trading and securities interests that employ Debevoise for legal defense work. The editorial amounts to Debevoise informing their clients that the coast is clear.

The reason for the expected decrease in enforcement has to do with a fatal delay by Schumer to name a minority commissioner and the Trump administration’s unprecedented exploitation of this mistake.

The SEC is currently operating with four commissioners, three of whom were appointed by Republicans. Like many independent commissions, two of the SEC’s five commissioners must not be members of the party in the White House. But Kara Stein, a Democratic commissioner, ended her tenure January 2, and that seat remains vacant. Allison Lee, the former Stein aide preferred by Senate Democrats as her replacement, has yet to be formally nominated, though her name was recommended several months ago. Bloomberg reported March 20 that Lee will be announced “in the coming weeks,” though they also reported that last August.

The Debevoise partners, whose clients include numerous big bank and securities firms, explain that this imbalance will come as good news for companies looking to break securities laws. “Because it is likely that this four-person commission will remain in place for the remainder of the current presidential term, we may soon see fewer corporate penalties in financial reporting cases and, if recent votes are indicative, potentially more broadly,” they write in an analysis for Law360, a trade publication for the legal community.

“It’s absolutely astonishing,” said David Segal of Demand Progress, which has closely tracked personnel moves under the Trump administration. “Trump’s violation of the longstanding norm that minority-party commissioners will secure nominations and fair confirmation processes is so severe that white-collar defense firms are now advising clients that laws likely won’t be enforced against them for the rest of his term.”

It would be highly unusual for a president to hold vacant a commission seat intended for the opposing party for two years. But critics like Segal place some of the blame on Schumer for failing to submit Lee’s name for consideration when there was an open Republican seat on the SEC last summer. Typically, commission slots like this move in pairs, giving Democrats and Republicans a reason to vote for the nominee from the other party.

When the Republican nominee, former chief counsel for the Senate Banking Committee Elad Roisman, sailed through the Senate to confirmation in September, it effectively orphaned Lee, giving the Trump administration incentive to slow-walk her nomination, and giving Senate Majority Leader Mitch McConnell incentive in the future to prevent her from getting a floor vote. This freezes out one of the SEC’s seats, giving Republicans an indefinite 3-1 advantage.

None of this should have come as a surprise. In June 2018, three months before Roisman was confirmed, The Intercept reported: “Stein has been a lame duck for months without any action from Schumer. If Roisman gets confirmed first without pairing a replacement for Stein, the agency could be down a Democrat for who knows how long.”

The one-member shortage actually makes a difference, the Debevoise partners explain. Republican hard-liners like Roisman and his fellow commissioner Hester Peirce have deemed financial penalties for securities issuers illegitimate, even in cases in which corporations materially benefited from the misconduct. Democrats have generally held that securities violations of any kind be should be deterred through the civil penalties the SEC can impose (criminal charges go through the Justice Department).

Jay Clayton, the SEC chair and technically a political independent, sided with Democrats on a handful of enforcement cases while Stein still served on the commission. For example, Tesla was hit with a $20 million fine over CEO Elon Musk’s “going private” tweets. In another recent case, Walgreens paid $34.5 million for issuing misleading financial reports to investors. The vote in favor of that penalty was 3-2, with Roisman and Peirce dissenting. Without Stein’s presence, the fine would not have been approved, and there are several other examples of this.

Now that Stein has left, the two hard-line Republicans can effectively block any penalties on securities violators.

The conservative rationale against financial penalties has a kernel of wisdom: Shareholders effectively bear the cost of these penalties, and enforcement should be targeted at the responsible individuals instead. “Corporations are all too willing to pay large civil penalties in exchange for no or lighter sanctions for individuals,” Peirce said in an October 2018 speech. “It is usually not right for shareholders to pay for the bad actions of corporate executives.”

While individual accountability is certainly important, the SEC has few mechanisms to impose that, other than banning individuals from securities markets. The Justice Department deals with criminal prosecutions; the SEC can only refer cases to them. Rejecting financial penalties takes away the SEC’s main enforcement tool.

And Peirce has not lived up to her statements in this regard. In August 2018, for example, she voted against penalizing David T. Laurance, the founder of a company that promoted a fraudulent initial coin offering, even while approving penalties against the company. Laurance was banned from the securities industry for life. More recently, Peirce voted against penalizing Kenneth Grace, a fraudulent investment adviser, from being barred from the securities industry.

The SEC’s penalties for 2018 were down 47 percent from the previous year, according to the Debevoise partners, and that followed another drop in 2017. The four-member commission could decrease such fines even further. “It is quite possible that we will see a further decrease in the amount of penalties levied by the SEC,” the partners write, adding that enforcement staff may choose to avoid financial reporting cases altogether, because of the lack of expected monetary fines. The partners also predict more “no-penalty cease-and-desist orders,” in which the SEC tells a securities violator simply to not do it again.

That Debevoise partners would openly state this, given their client base, is rather amazing. One of the firm’s main areas of expertise is white-collar and regulatory defense, and the five co-authors routinely represent clients before the SEC. The editorial amounts to lawyers tacitly giving the high sign to corporate clients that they are in little danger of regulatory problems for their actions in the securities markets.

Four of the five partners who wrote the editorial previously worked at the SEC on enforcement matters. The list includes Andrew Ceresney, the SEC’s former director of enforcement under Mary Jo White, who has also decamped to Debevoise. At the firm, Ceresney has represented several hedge funds and financial institutions, including JPMorgan Chase. Kara Brockmeyer, another co-author, previously served as chief of the SEC Enforcement Division’s Foreign Corrupt Practices Act unit. Robert Kaplan and Julie Riewe also worked in the Division of Enforcement.

Segal, of Demand Progress, believes that Schumer and Senate Democrats should use their tools in the Senate minority to force action to fill the Democratic seat on the SEC. “They must use every tool at their disposal to push back against this,” he said, singling out the Senate Democratic caucus members currently running for president: Kamala Harris, Elizabeth Warren, Bernie Sanders, Amy Klobuchar, Cory Booker, and Kirsten Gillibrand.

“If we can’t trust them to wield their power in the Senate to ensure that public interest-minded appointees get to serve in the executive branch,” Segal said, “how can we trust that they will do so as president?”